After Carlos Santana, the legendary guitarist, collapsed on Tuesday while performing in Detroit, Santana's next six shows have been postponed. 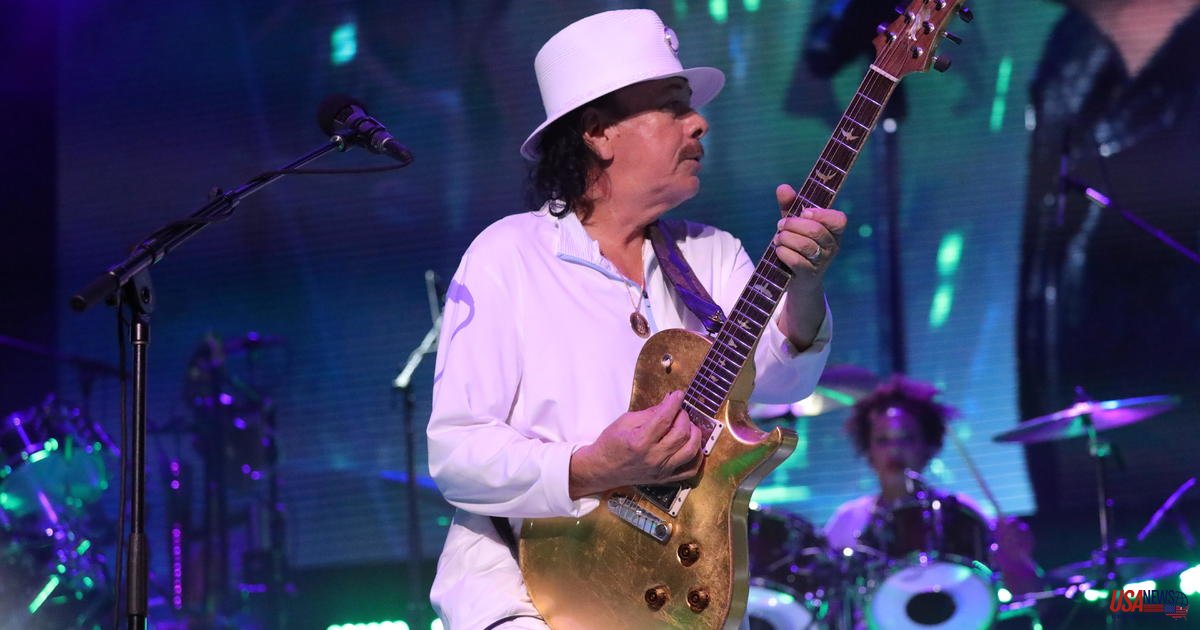 After Carlos Santana, the legendary guitarist, collapsed on Tuesday while performing in Detroit, Santana's next six shows have been postponed. Santana's team said that Santana suffered from severe heat exhaustion and dehydration and needed additional time to recover.

"Carlos is doing well, and is eager to get back on stage soon. His manager Michael Vrionis said that he needed rest. "Santana deeply regrets the postponements of his upcoming shows; however, his health remains our top concern. He looks forward to seeing his fans soon."

According to a statement, fans in Noblesville and Cincinnati, Ohio, Milwaukee, Wisconsin, Rogers, Arkansas, Dallas, Texas, Woodlands, Texas will have to wait for the Miraculous Supernatural 2022 Tour. All tickets purchased will be honored on the rescheduled tour dates.

Noblesville's concert was originally scheduled for Friday, which was also the day that postponements were announced.

This announcement comes just days after Santana, aged 74, fell while performing in Clarkston. Social media photos and videos showed that medics were on the scene to assist him.

Santana informed his fans that he had "forgotten to eat or drink water" the next day, thanking them for their "precious prayer" for his well-being.