The madridismo of the Sainz saga is well known. 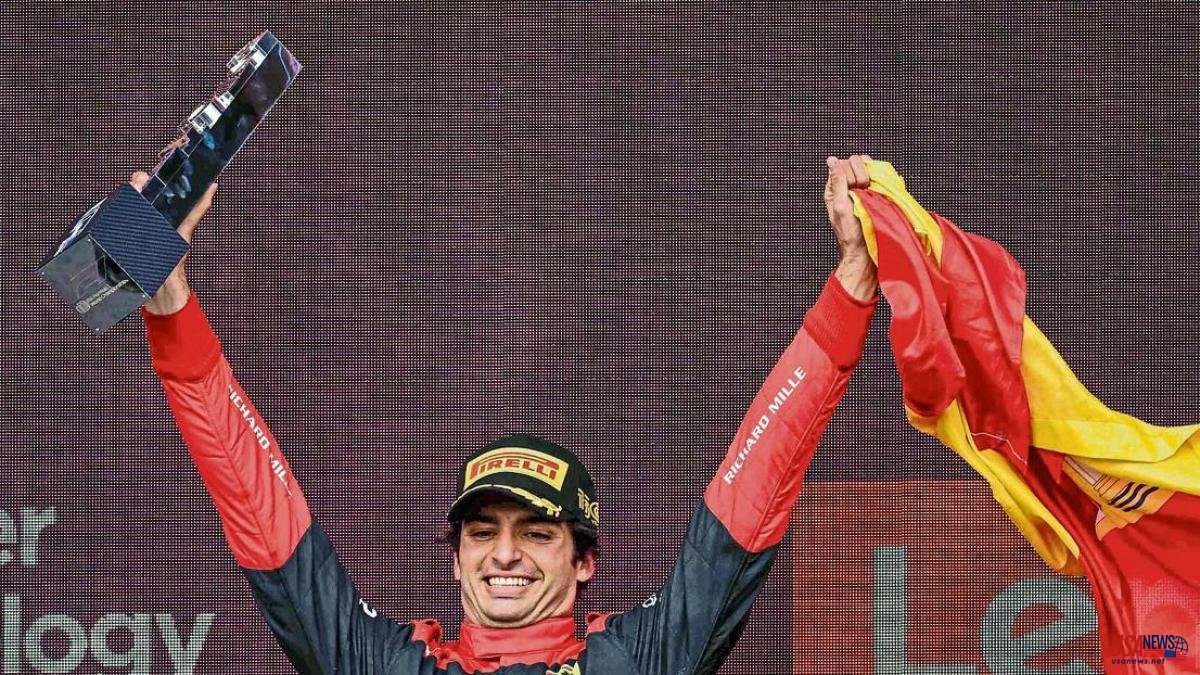 The madridismo of the Sainz saga is well known. Carlos Sainz Sr. himself has come to run as vice president of Real Madrid for Villar Mir's candidacy several years ago and has never hidden his desire to be president one day.

That madridismo is also defended by his son, Carlos Sainz jr., recent winner of his first Formula 1 Grand Prix, and sometimes goes to extremes that are a bit inexplicable, such as what happened when he left the Ferrari house, when he refused to sign a Barca shirt.

The driver was leaving the headquarters of the Italian team and stopped to sign some autographs and take some photos with the fans who were waiting at the start. At that moment a fan requested a signature on a Barça shirt, something that the Madrid player rejected saying "not this one".

Faced with Sainz's refusal, the fan shouted "forza Barça", to which the driver responded, already with the car running, "forza Ferrari cazzo", a rude expression in Italian. Many of those present then began to laugh at the outburst of the Spanish.