The great loss of the first stage of the Dakar 2022 is still nailed by Carlos Sainz. 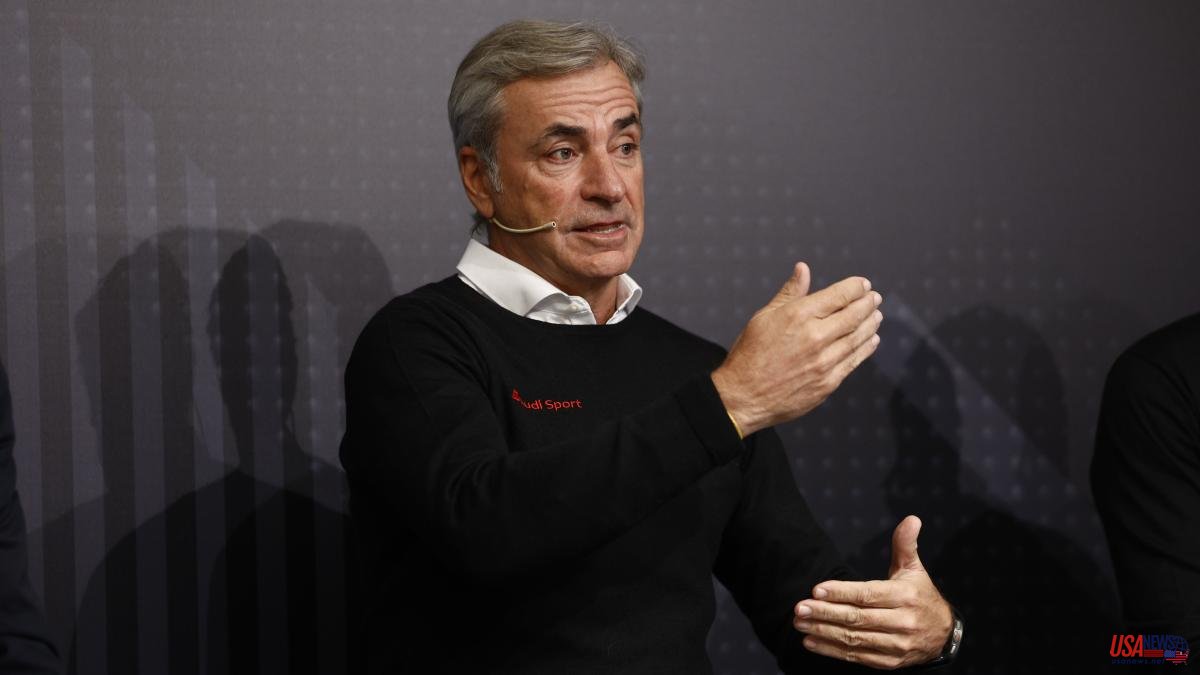 The great loss of the first stage of the Dakar 2022 is still nailed by Carlos Sainz. He could not find a hidden way-point and was more than two hours behind the leader, Nasser Al Attiyah, for which he mortgaged his options in the rally, which the Qatari ended up winning. In this next edition of the Dakar (from December 31 to January 15), the Madrid rider returns to the charge for his fourth Tuareg statuette.

To have real chances of victory, Sainz makes two demands on the organization: regulatory equality -eliminate weight restrictions-, and end the hidden way-point joke. This was explained in Madrid, together with his co-driver Lucas Cruz, in an act of Audi before leaving for Saudi Arabia.

“I see the Dakar calmer and more relaxed, last year we arrived with a lot of doubts, that we couldn't confess, that we had because of the few races. The rally went better than we thought, we won two stages and the mechanical problems were due to the shock absorbers, not due to the technological complexity of this car. Therefore, I am more encouraged, happier, more confident, with fewer doubts, with great enthusiasm and a lot of desire, looking forward to the day."

“It's a copy-paste of last year's car. The big difference is that it weighs 90 kg less. It is a brutal technological challenge and it makes it special to participate in this project, to work with this hybrid technology. The tests have gone well and the car has behaved well, the lighter 90 kg shows."

"At the end of the stages we will be 100 kg above everyone else because we are the only car with hybrid technology, and they seek to compensate for it. They raise us to 2,100 kg. It is difficult to understand when there is so much complexity in a car of this type, with four motors, countless "high voltage" sensors that you can't even get close to if something happens. Not encouraging brands to go towards sustainability with certain aids through regulations surprises me. If the Dakar is already complicated for normal mechanics, for this vehicle it's already science fiction. What makes the most difference is the weight. But we don't want to argue with this regulation."

“I want the same conditions as the others, I don't want more. It cannot be that by regulation they put us 100 kg more (minimum weight; 2,100 before 2,000 kg). Despite that, we are going to be competitive. It is difficult to balance and equate the 'balance of performance'”.

"That preparation in the sauna is for social networks. I've done it for years. Physical preparation is very easy to understand: you suffer there, you can't get out of the car, so it's better to do your homework at home. With the years costs more and you have to have the discipline to do it, if not, better not play this game. It has more merit at a certain age, but it is my obligation. I look at the stress tests, the aerobic and anaerobic threshold, and I can see if I've done my homework."

“Only one (Al Attiyah) and Loeb who was behind were saved from getting lost. I'd like to explain it a bit more: it's not that we're lost. The hidden waypoints are new, from two or three years ago, so that things happen, but if it is not well chosen, sometimes they put it on a poorly marked track that is impossible to find. No matter how much you go back, you continued and did not take the way-point. It was impossible. It seems like a gymkhana to me, spending an hour and a half going around. The organization commented that if it happens again that 90% of the people start to spin, it will take cards. Let's hope that's the case for the good of the race. I trust David Castera that this year what happened last year will not happen."

“We have a car to fight for the race. We are clearly not favourites, favorite is last year's winner. We are not favourites, we can fight for the race. I would bet on Audi because it is a great team, it has three drivers and three co-drivers who are very capable of winning the race. Without detracting from Mattias, Monsieur Dakar is a guarantee, and Lucas and I have won it for three years and we have the speed. But winning is not easy.