The president of the Valencian Popular Party, Carlos Mazón, promised yesterday to go from the protest and the complaint to the proposal. 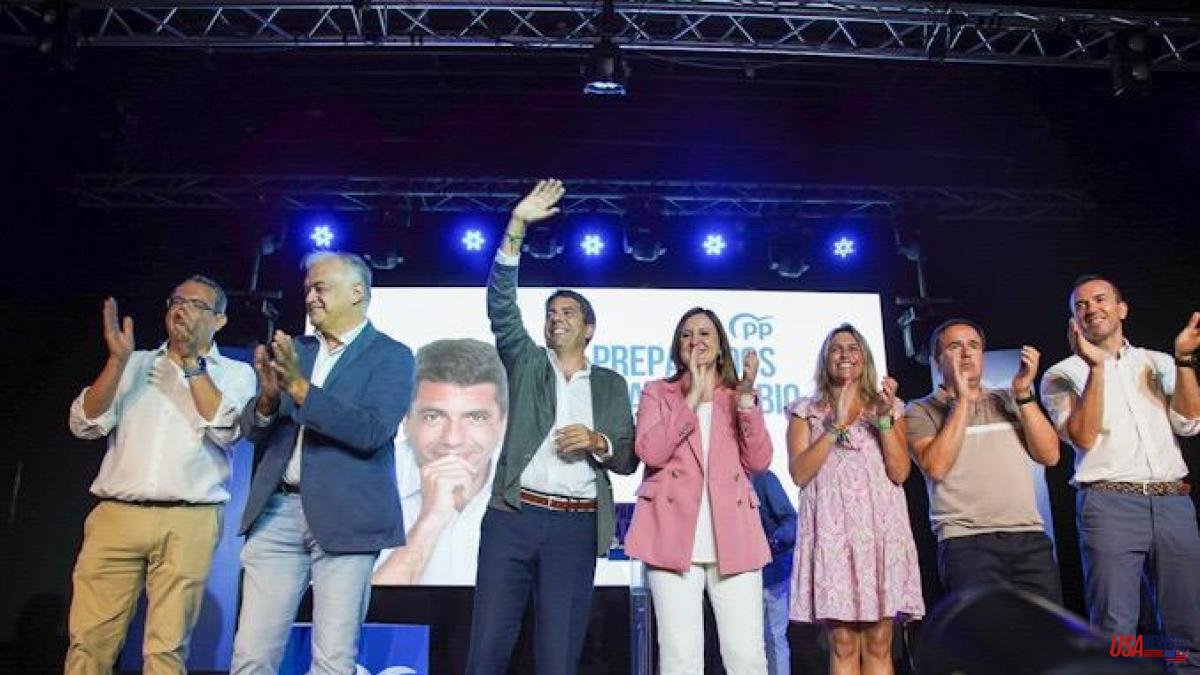 The president of the Valencian Popular Party, Carlos Mazón, promised yesterday to go from the protest and the complaint to the proposal. The PP president wants to underline his propositive profile to convey to the voter that his party is a real and (according to some polls) possible alternative to govern the Valencian Community from next year.

After months touring the Valencian Community to make himself known among the different sectors and actors of civil society, Mazón wanted to gather his parliamentary group to warn them that "the next political course will not be for the PPCV that of the protest but that of the proposal ”.

The popular ones have based much of their opposition work on criticism and control of the Consell's management. Issues such as the case of abuse of a minor that has taken Monica Oltra ahead; the alleged irregularities in the aid to companies of the president's brother, or the constant denunciation of "fiscal hell" have been the main battle horses of the PP of the Valencian Community.

“It has been an intense, hectic course and a lot of work, both in the work of auditing and controlling the Consell and when it comes to making proposals and presenting initiatives, reaching out. We are going to intensify this double way of working in a course that will be very important for the future of Valencians”, Mazón said in a statement.

However, the leader of the PPCV advanced that his training will focus "on the situation of social services, both health and care for the most disadvantaged." Mazón underlined his concern "for the health collapse that is getting worse with the summer: the summer plan has come late and badly, there are SAMU without a doctor in 40% of cases, services are closed, and health waiting lists are growing" . To this he added that "in social services the situation is also very worrying with the aid that does not arrive and the dependency growing."

A complaint with which the PP wants to reach that true middle class that could be going through worse -and probably worse from September if the economic situation does not improve- and that is presumed key to tipping the electoral balance. The popular ones know that in that niche of voters is where the next president of the Generalitat Valenciana will be decided.

For this reason, the president of the popular ones pointed out that "we are going to work on that new future that we want the Valencian Community to establish with the presentation of initiatives in the social, health, educational and housing areas, and in the economic field with measures concrete measures for the reactivation of the economy and employment”.

All this without giving up its fiscal policy. “We have proposed returning to the Valencians what is collected in excess, having all the public and private health resources to get out of the collapse, or lowering taxes for those who need it most. Although they have refused to do so, we will continue to reach out. We want to be useful," said Mazón.