Spanish tennis already knows the players who will try to win the sixth Davis Cup in history for the country. 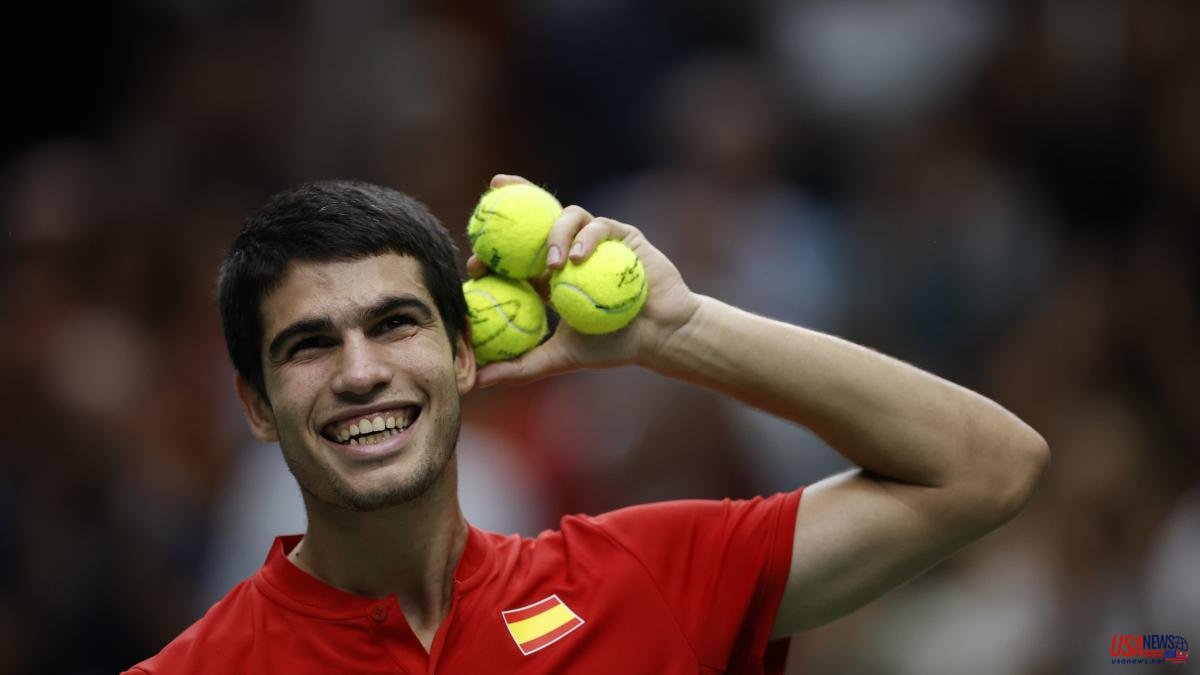 Spanish tennis already knows the players who will try to win the sixth Davis Cup in history for the country. Without Rafael Nadal, enjoying fatherhood and recovering from his physical problems, Carlos Alcaraz will be the undisputed leader of the Navy in the final phase of the competition for nations that takes place in Malaga from November 22 to 27.

The Royal Spanish Tennis Federation (RFET) reported that the number one in the world will be accompanied by Roberto Bautista, Pablo Carreño and Marcel Granollers. It was not revealed who will be the fifth man on Sergi Bruguera's list, a position for which Alejandro Davidovich, Albert Ramos or Pedro Martínez compete, the last two present in the group stage in Valencia, where Spain got the ticket to be among the top eight.

"The fifth player is reserved for me because there is a month left and I will wait for the tournaments to end. All the teams are very strong, but Croatia has Cilic, Grand Sam champion, and his favorite surface is indoors," explained the Spanish captain, who revealed that Nadal already told him at the beginning of the year that he would not have him this 2022.

The Spanish team will play the quarterfinal tie against Croatia on Wednesday at the José María Martín Carpena Sports Palace. The main doubt of the runner-up of the last edition will be whether Borna Coric, champion of this year's Masters 1000 in Cincinnati, will be able to, suffering from shoulder discomfort and who has not played since Tokyo.

Alcaraz began his seventh week at the top of the ATP ranking this Monday, the same day he returns to the tracks. The tennis player from El Palmar makes his debut in the Basel tournament against the British Jack Draper. Since he is number one he has not yet been able to win an ATP match, since in his only duel he fell against David Goffin.

He did win, however, a week after being crowned at the US Open, when he beat the South Korean Soon Woo Kwon in a tight match that allowed the Armada to qualify for the final eight in Malaga. The objective of the Murcian is to maintain number one until the end of the year. In addition to Davis, his two great challenges are the Paris-Bercy Masters 1000 and the Masters Cup.