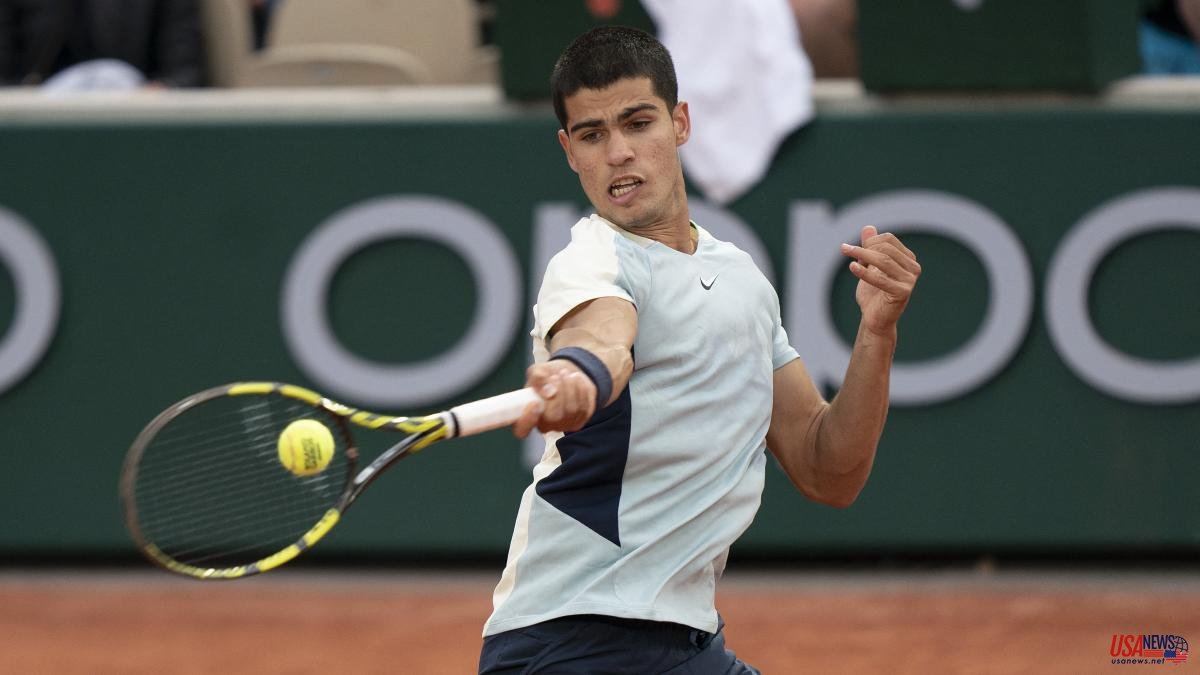 Vengeance is served. Carlos Alcaraz will face this Friday, May 27, Sebastian Korda in a match corresponding to the round of 32 at Roland Garros. The 21-year-old American was the last tennis player capable of defeating the Murcian who, since that setback, has accumulated twelve victories —and two trophies— without comparison.

The match will be the fourth to be played on the Philippe-Chatrier court at the Roland Garros Stadium in Paris, France, and will not start before 8:45 p.m. It will be seen live on Eurosport. You can also follow minute by minute on the La Vanguardia website.

Carlos Alcaraz is living a 2022 of scandal. He became a revelation when he was only expected to make it on the pro circuit, but this was only the beginning. Leaving no time to digest or celebrate his success in Rio de Janeiro, the Murcian began to add victory after victory, title after title —the Miami Masters 1000, the Conde de Godó Trophy and the Mutua Madrid Open—, making his way through the tennis elite. He is no longer even a reality, but a star. He is the sixth best racket in the world. However, this Friday he will have to reaffirm his position of dominance.

Sebastian Korda surprised locals and strangers alike when he knocked out Carlos Alcaraz in the second round of the Monte Carlo tournament in mid-April. The Murcian had just won the Masters 1000 in Miami and was running as one of the favorites to conquer Monaco, but one of his teammates from the next gen was in charge of hindering his trajectory (7-6 (2), 6-7 (5) and 6-3). And is that Korda is not a nobody either.

Current number 30 in the ATP ranking, the American tennis player, who in 2021 won the Parma tournament beating Marco Cecchinato in the final, is having a year of reaffirmation and constant progress. Although his best result came at the ATP 250 in Estoril, where he narrowly missed out on the final by losing to Frances Tiafoe, Korda has put more than one Top 15 in a bind. This season, he has already been able to win Cameron Norrie, Felix Auger-Aliassime and Carlos Alcaraz, in addition to winning a set from Nadal, who had to do his best to overcome him in Indian Wells.

Before Montecarlo, Alcaraz and Korda had already seen each other's faces on another occasion. On November 13, 2021, the Spanish and the American met in the grand final of the 2021 Next Generation ATP Finals tournament, where it was 'Carlitos' who finished with his arm raised (4-3 (5), 4-2 and 4-2) in a competition in which the eight best tennis players under 21 in the world participated —except Sinner, Auger-Aliassime and Brooksby, who gave up competing—. Since then, the Spaniard began to grow by leaps and bounds that led him, already in 2022, to win the Rio de Janeiro competition and the Miami Masters 1000, before colliding with his nemesis.

The winner of the heads-up match between Alcaraz and Korda in Paris will face the British Cameron Norrie or the Russian Karen Khachanov in the round of 16. His match will also be played this Friday, in the fourth turn of the Simonne-Mathieu court.