Carlos Alcaraz, number 1 in the world, will not play the Australian Open

The Spanish Carlos Alcaraz, number one in the world, has announced on social networks that he will not play the Australian Open due to an injury to the semimembranosus muscle in his right leg. 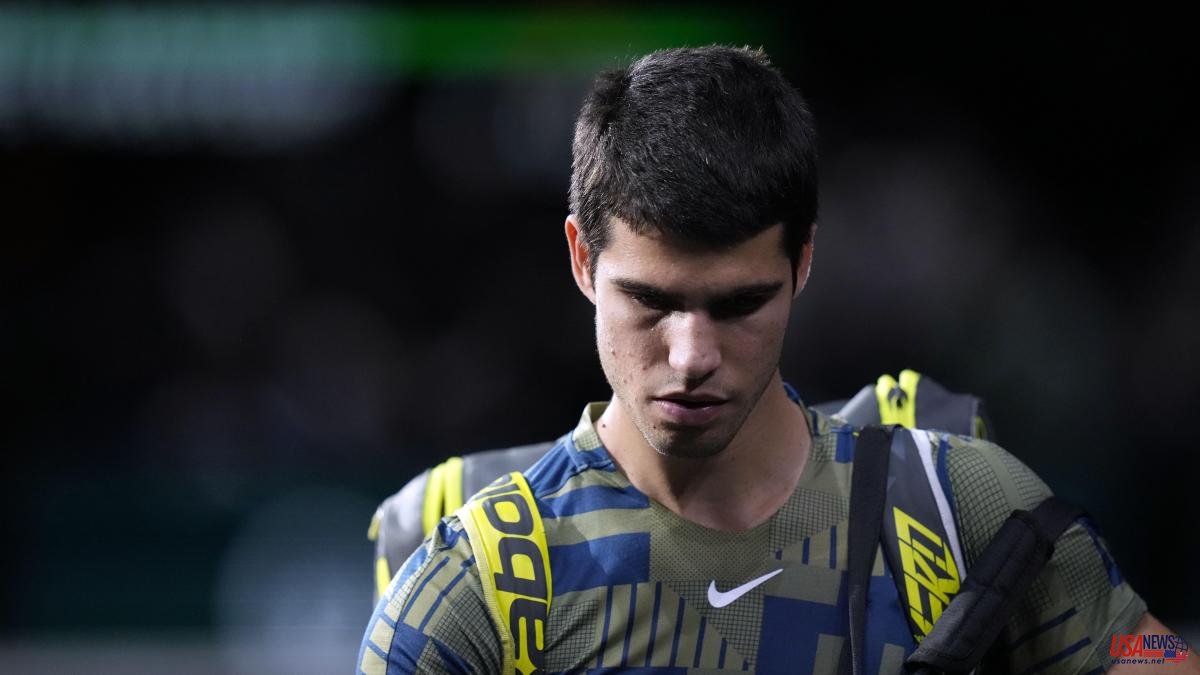 The Spanish Carlos Alcaraz, number one in the world, has announced on social networks that he will not play the Australian Open due to an injury to the semimembranosus muscle in his right leg.

"When I was in my best moment of the preseason, I injured myself in a fortuitous and forced gesture while training, this time in the semimembranosus muscle of my right leg. I had worked a lot to reach my best level in Australia," Alcaraz said on Twitter , which confirmed his loss for the first Grand Slam of the season.

"Unfortunately I won't be able to play either Care A2 Kooyong or the Australian Open. It's a hard time, but I have to be optimistic, recover and look forward. See you (in Australia) in 2024," added the world number one.

Alcaraz played his last matches in the Mubadala exhibition tournament and was preparing for the start of the season.

The Murcian, who finished 2022 with five titles, including the United States Open, his first Grand Slam, had his third participation scheduled at Melbourne Park, the scene of the Australian Open. In the first edition that he played, after playing the preliminary phase, he lost in the second round against the Swede Mikael Ymer.

Last year, he lost in third against the Italian Matteo Berrettini.