Two hours and 55 minutes, a marathon of three sets and an agonizing duel, Carlos Alcaraz (19) signed up this Saturday. 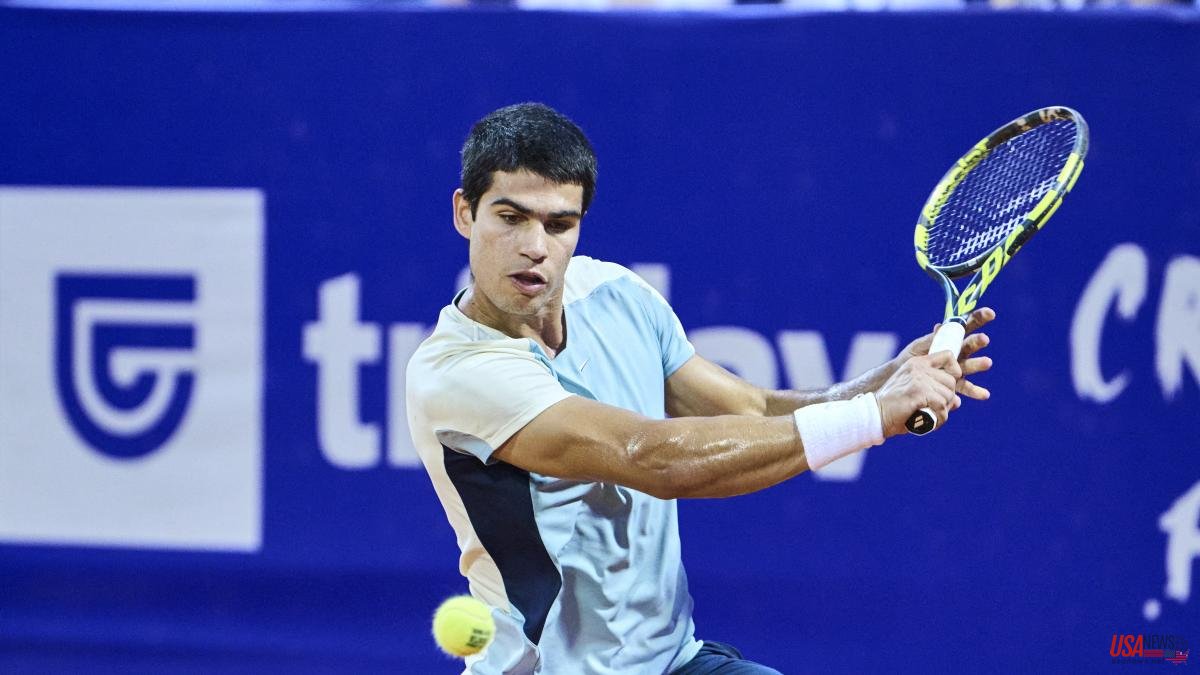 Two hours and 55 minutes, a marathon of three sets and an agonizing duel, Carlos Alcaraz (19) signed up this Saturday.

It happened in the semifinals in Umag, in Croatia: the fan has been able to witness an asymmetrical commitment, complex for Alcaraz, who has been forced to overcome a sprained ankle to knock down Giulio 7-5, 4-6 and 6-3 Zeppieri (20), Italian, barely 168th on the ATP circuit, unknown and sometimes indecipherable tennis player.

The outcome has been magnificent for the Murcian teenager, and a tribute to his still brief memory on the ATP circuit, as it is now a year ago and on that same stage, the Goran Ivanisevic stadium (Wimbledon champion in 2001, also coach of Novak Djokovic, witnessed the match from the box), Alcaraz had scored the first title of his career.

Alcaraz, who on Monday, no matter what happens in the final, will appear as the fourth racket on the circuit -his highest historical ranking-, has chained eight victories in eight games in Umag, the five that had led him to his victory in 2021 and the three that he has been adding in this edition, and yet he had never faced a rival so out of place in the ranking.

There are no Zeppieri references, we only know that he is rearing his head at a time when Italian tennis is taking flight.

Musetti arrives (the same one who had knocked down Alcaraz in the Hamburg final last Sunday), Berrettini (still injured), Fognini and Sonego remain and Jannik Sinner advances, another teenager who in the second round at Wimbledon, makes a month, knocked down Alcaraz and that at the close of this edition he was competing against Franco Agamenone for the other place in today's Croatian final.