Carlos Alcaraz - Cilic: Schedule and where to watch the US Open 2022 tennis match on TV

Carlos Alcaraz seems to have regained the confidence and fitness that he lacked in recent tournaments. 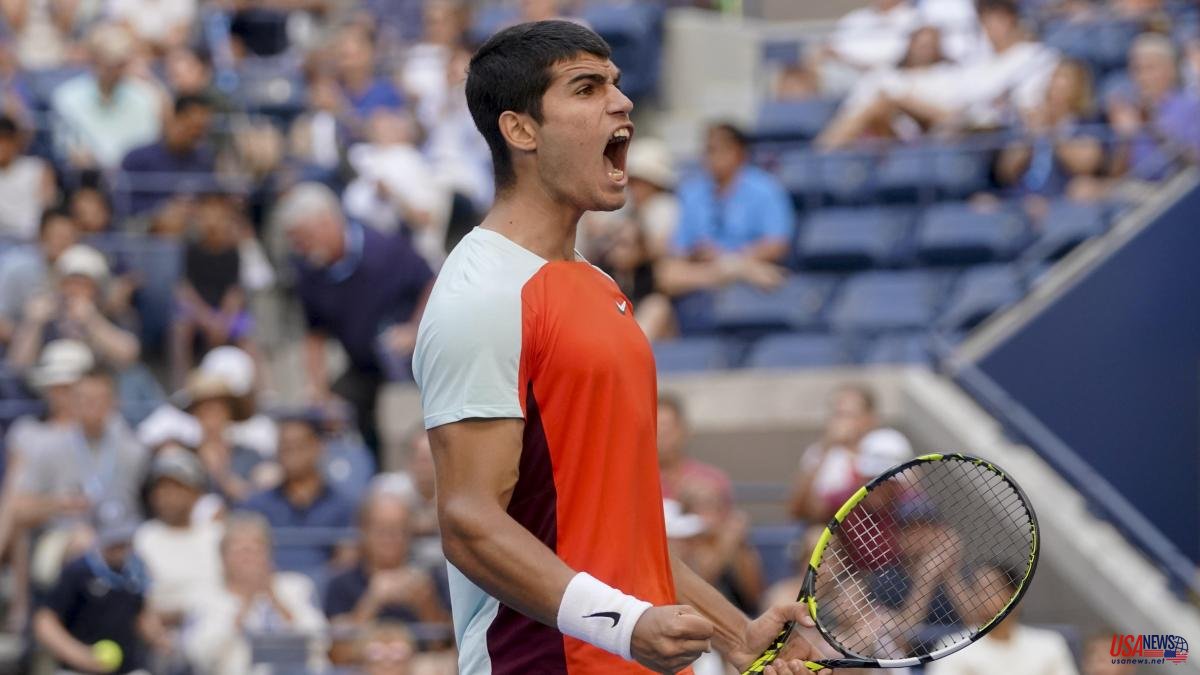 Carlos Alcaraz seems to have regained the confidence and fitness that he lacked in recent tournaments. He is already in the round of 16 at the US Open, after clearly defeating Jenson Brooksby, number 43 in the ATP ranking, in the third round (6-3, 6-3, 6-3). The Murcian continues without giving up a single set so far in the championship and arrives at the best possible moment for a confrontation against an opponent that he recently knocked down. Croatian Marin Cilic, number 17 in the world and champion of the US Open in 2014, succumbed in the round of 16 in Cincinnati against El Palmar, and will meet him again in the same round at the US Open, after having beaten Daniel Evans in a very demanding duel (7-6, 6-7, 6-2, 7-5).

Spanish and Croatian will face each other on the center court of the last Grand Slam tournament of the year, the Arthur Ashe. It will be in the second shift of the afternoon in New York, which begins at 01:00 in the morning (Spanish time) from Monday to Tuesday with a meeting of the women's draw, between Danielle Collins and Aryna Sabalenka. The match between Alcaraz and Cilic, therefore, will start at 03:00 in the morning in Spain. It can be seen live on Eurosport.

The one from El Palmar, like Rafa Nadal and Casper Ruud, has received pleasant news after the match between Nick Kyrgios and Daniil Medvedev. The Australian defeated the Russian, world number one and reigning US Open champion. He will not be able to defend the crown in the American championship, just as he is also aware that he has few days left at the top of the ATP ranking. After his defeat, there will mathematically be a new leader of the individual classification. The name that will rise to the top will come from the shortlist formed by Alcaraz, Nadal and Ruud.

The first obstacle in the path of the Murcian towards the title and, now, towards number one, will be the veteran Cilic, whom he defeated in the tournament prior to the US Open, the Masters 1,000 in Cincinnati. Before him, he swept Sebastián Báez, Federico Coria and, more recently, the young American Jenson Brooksby, who gave up six consecutive games in the last set.

Alcaraz has regained his confidence and, with it, his usual level on the court and his ability to land a wide variety of unlikely shots. "On a creative level, he is a fantastic player, perhaps the best on the tour. There I can compare him with Rafa, for example, another player with incredible creativity, they always adapt to each situation in a spectacular way," Cilic said after his third round victory.