Carlos Alcaraz - Cameron Norrie: schedule and where to watch the Cincinnati Masters 1000 quarterfinals on TV

Carlos Alcaraz is regaining the confidence he seemed to have lost after his recent defeats in Umag, Hamburg and the most painful of all, Montreal. 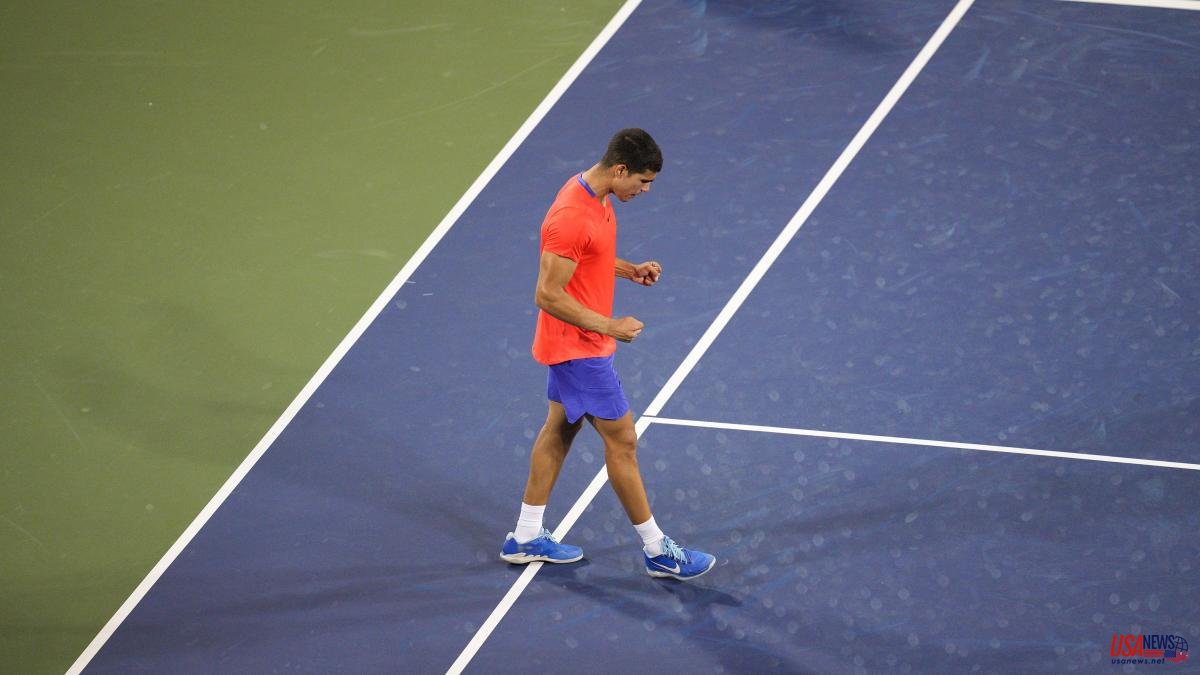 Carlos Alcaraz is regaining the confidence he seemed to have lost after his recent defeats in Umag, Hamburg and the most painful of all, Montreal. In Cincinnati he returns to show his best level, with two convincing matches that already allow him to be in the quarterfinals. In the first round he defeated Mackenzie McDonald in straight sets (6-3, 6-2). In the round of 16, against Marin Cilic, he suffered a little more in the first set, which ended up falling on his side in the tie break, but then he crushed the Croatian, number 17 in the ATP ranking (7-6, 6- 1). In the run-up to the semi-final he awaits another hard bone that is on the verge of the top 10: Cameron Norrie.

The one from El Palmar will seek to approach his sixth final of 2022 in the match that will be played on the Center Court (although on the tournament website they indicate a possible change of track). It will take place at dawn from Friday, August 19 to Saturday, August 20, not before 02:30 in the morning (Spanish time). It can be seen live on the channel

Carlos Alcaraz has arrived in Cincinnati wanting to dispel doubts and return to being the young prodigy who breaks barriers of precocity and threatens to assault Daniil Medvedev's throne. After smoothly beating McDonald in the first round, in the early hours of Thursday to Friday he went over Marin Cilic, a not inconsiderable challenge in which he passed with flying colors and left great sensations. Despite a small disconnection with the serve at the end of the first set (three double faults in a row), which led to the tie break, there he imposed his law and gave the Croatian an irreversible blow, more irregular than usual.

The second set was much more comfortable, both because of the solidity of the Spaniard and the number of unforced errors by Cilic. In just over an hour and a half, he knocked down the world number 17 and is planted in quarters, where Norrie waits. The Briton, who is eleventh in the standings, arrives after defeating Ben Shelton, a 19-year-old American who is currently 229 in the ATP ranking, without the slightest problem. In the entire match, he only gave up two games (6-0, 6-2).

"I knew it was going to be a very difficult match, that Marin (Cilic) is a very aggressive player, so he had to be focused all the time," said Alcaraz after his victory in the round of 16. "The truth is that I am very happy with the level, with the concentration that I have maintained throughout the match and obviously I will try to continue in the same way in the quarterfinals," he assured. The Murcian became the youngest tennis player to reach the quarterfinals in Cincinnati since Andy Murray in 2006.