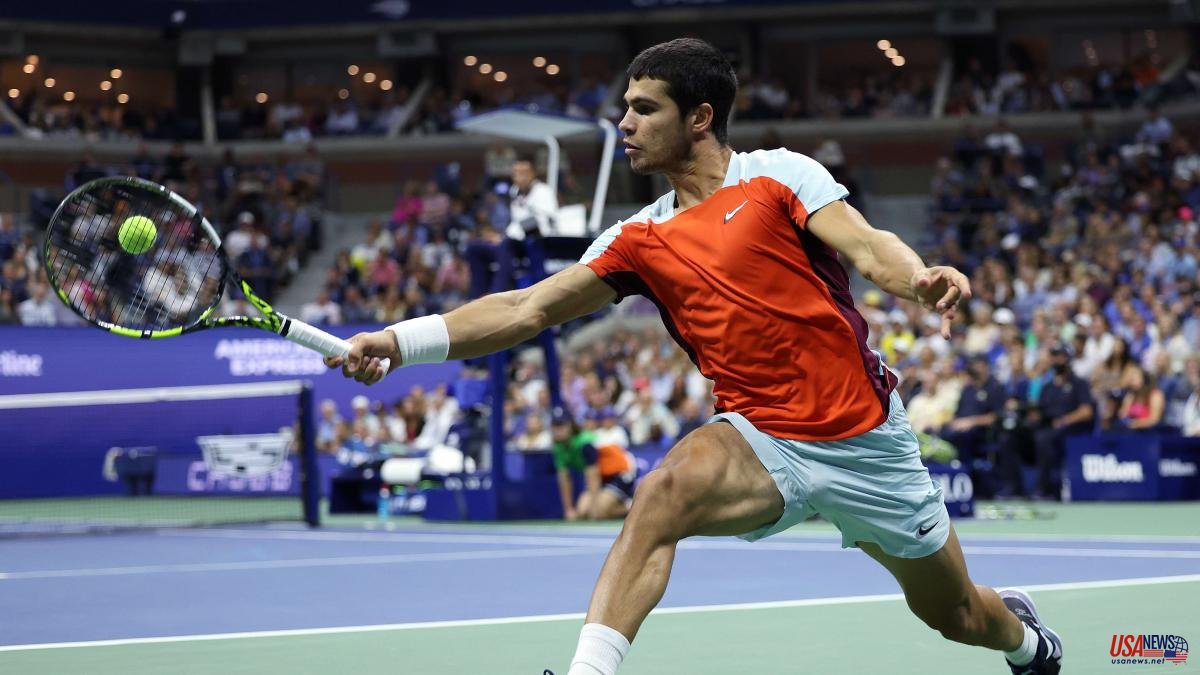 The inscription is intimately linked to the city of New York, and also to the history of contemporary civilization. That rain of planes over US territory was going to change the world.

The date is recent, very little time has passed for many of us, and yet Carlos Alcaraz has not lived it. She was not born yet.

Before 9/11, we could bring a pair of scissors on the plane.

Or a baseball bat.

Alcaraz has never entered the cabin without passing a rigorous security check and without displaying the laptop in front of an agent.

Alcaraz was born in the year of the tsunami in Southeast Asia, and he cannot remember 11-M either (Madrid attacks in 2004; he was ten months old), and perhaps in some conversation he has heard that fourteen years ago a real estate and financial bubble that unleashed a terrible economic crisis whose tentacles led millions of people to unemployment and ruined thousands of businesses.

In the eyes of the general public, the story of Alcaraz begins in the last months of the pandemic.

Locked in his hotel room in Melbourne, on the eve of the 2021 Australian Open, the Murcian shared his training sessions on social networks. We saw him leaning the mattress against the wall, like a pediment, to play ball without disturbing the neighbor confined in the next room. Or finally leaving the bedroom, quarantine prescribed, to film himself at night in the city and end up shouting:

Then, Carlos Alcaraz barely had 5,000 followers on Instagram. In the ATP ranking, he was 141st in the world.

1.7 million Internet users now follow the man from Murcia, today a precocious world number 1, the youngest in the history of tennis, a tennis player with a man's body, teenage acne and the ways of a naughty boy who is breaking the seams of contemporary tennis.

Its irruption comes to shake the foundations of sport, just like so many historical episodes have been transforming the drift of our society.