One of the winter dishes par excellence is the trinxat de la Cerdanya. 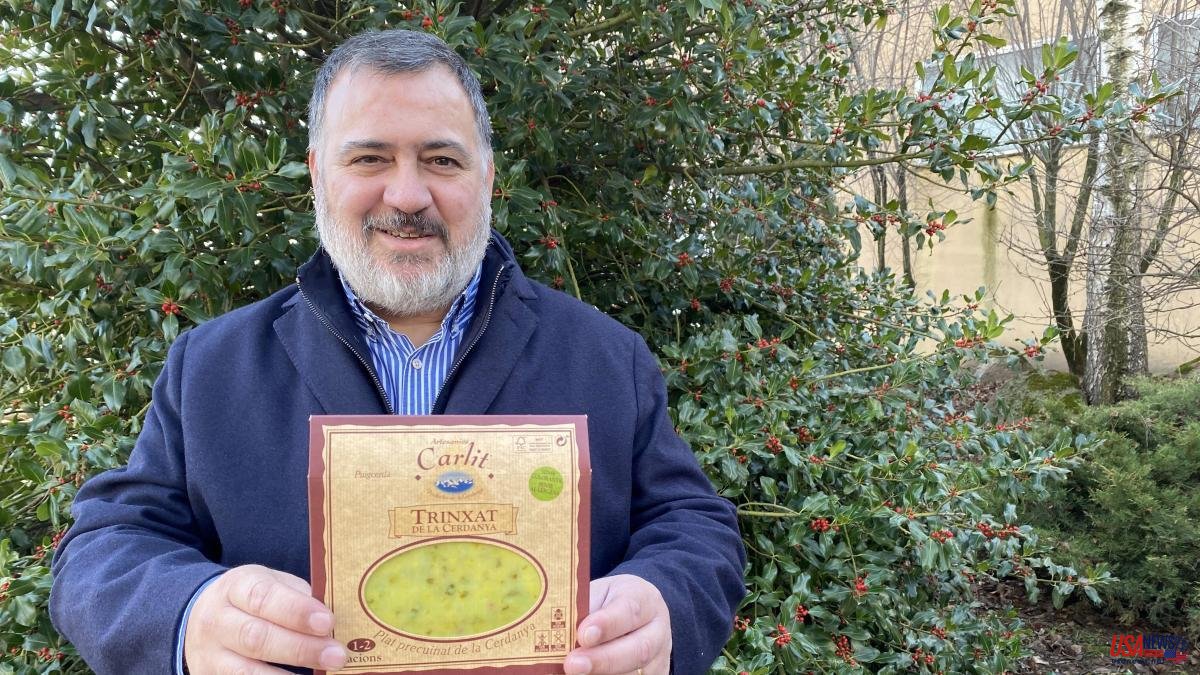 One of the winter dishes par excellence is the trinxat de la Cerdanya. Potato, cabbage and bacon. A simple recipe that the Carlit company has been able to exploit as a prepared dish in the main supermarkets in Catalonia and a good part of Spain.

The company was founded in 1998 in Puigcerdà with the aim of making traditional sausages from the area. "We started with the production of liver bread, duck magret, sausage, bacon, bayonne... until in 2007 we decided to bet on the production of trinxat", recalls the founder, Xavier Espuña, who assures that he is not linked to the Espuña family of butchers, despite being originally from Olot in both cases.

Carlit's business model has always been based on the production of products in the gourmet and proximity category and km 0. The brand is present in supermarkets throughout Catalonia, such as El Corte Inglés, Caprabo, Condis, Ametller Origen or Bonpreu, and also in specialty stores. Espuña says that five years ago it began to distribute its products along the Mediterranean coast and also in the communities of Aragón and Madrid.

With this business formula, the company expects to close the year with a turnover of 3.5 million euros, compared to 3.4 million the previous year. "In previous years we had been growing 10% per year but after the end of the pandemic we have noticed a slowdown in growth because the consumer has returned to restaurants," says Espuña, who is the company's majority shareholder (60%), while the rest of the capital is in the hands of friends and family. The general manager explains that a small part of the income comes from the United Kingdom and France, and also from an online channel that he opened during the pandemic.

With 13 people on staff, Carlit faces the future by betting on increasing the production of trinxat, which today contributes 40% of income, while the rest comes from its variety of sausages. "We are going to invest around 200,000 euros in increasing our productive capacity," says the founder, who finances his growth with his own resources. The business, he assures, has always made a net profit and its Ebitda margins (gross profit) usually range between 8.5 and 9%.

Facing the medium term, Carlit maintains its forecast of reaching 5 million euros in turnover in 2025. Everything will depend, says Espuña, on whether consumption recovers its habits after the pandemic.