Camané: “Not even in Portugal is it known that fado was sung on the piano”

Camané returns to Barcelona with a concert that will surprise more than one person tonight at the Teatre Grec (10pm) and will be opened by the also fadista Cuca Roseta. 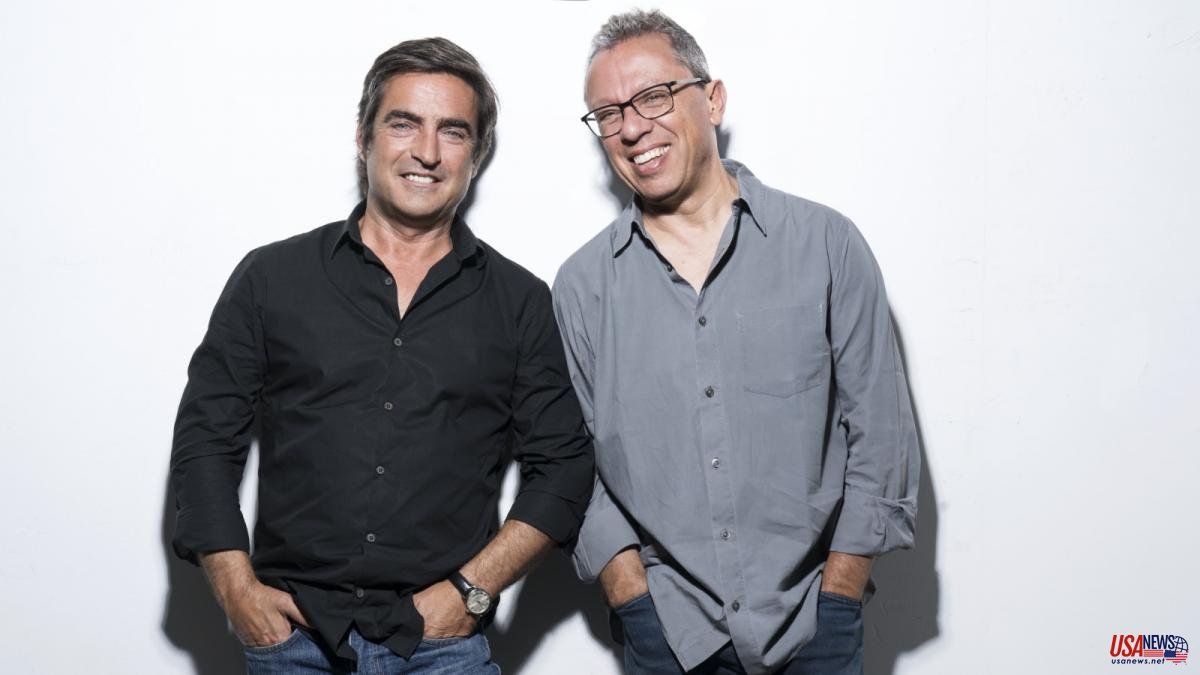 Camané returns to Barcelona with a concert that will surprise more than one person tonight at the Teatre Grec (10pm) and will be opened by the also fadista Cuca Roseta. In collaboration with the Barcelona Fado Festival, the long evening of Portuguese song has the added incentive of listening to one of the great voices of the genre without the essential Portuguese guitar as a counterpoint. In its place, the piano of Mario Laginha, composer and jazz performer, will play. Both present their joint work, Aqui está-se sossegado , in which they propose a new fado that is actually the oldest of all.

A fado with piano?

There are no recordings, but fado began to be played on the piano in the great halls of Lisbon. And then came the Portuguese guitar, with which he became popular. Not even in Portugal is this story well known. Mario and I have given ourselves to get into the aesthetics and the musical environment of traditional fado. The album approaches the purest fado.

How does a fado accompanied by piano change?

And don't you miss the Portuguese guitar?

Not on this album. Mario Laginha has approached fado and I haven't left my register. Those who do not know fado very well may find it strange not to find the reference to the Portuguese guitar, but there is that truth and that essence. So they will end up coming in.

How did this record come about?

At first we only thought of doing a show together. And after the ten concerts we offered, we decided to create it. It came about naturally and a great album ended up coming out, with fados from my repertoire that I already had recorded with the usual instrumental trio, some new ones set to music by Laginha and a few old ones.

The old Não venhas later became very popular in the voice of Carlos Ramos. Is it a challenge to sing it?

It is a very old fado. I grew up with it, it is part of me and I have taken it to my way of singing, like a couple more fados. There is only one who sings for the first time.

The one who gives him his name, Here he is-be calm. The music belongs to my great-grandfather, who must have composed it around 1918. The poem is by Pessoa, signed with the heteronym Álvaro de Campos. We managed to find a lost sound record from 1925 sung by my own great-grandfather. I loved it.

Therefore, are we facing a very personal work?

Yes. I discovered my great-grandfather in fado books and even saw pictures of him singing. And it was endearing to find this music and the poem. Pessoa is one of my favorite poets.

And widely used in fado…

You have to search a lot in his poetry to find a poem that can be adapted to traditional fado music. His poetry is to be read or recited, not sung. As it happens with Camões.

He also sings on this album one of his poems, 'Amor é fogo que arde sem se se ver'.

Yes, it is a poem that was adapted by the musician Alain Oulman, a Frenchman who came to Portugal and composed great fados for Amália Rodrigues. These are things that happen and that end up becoming benchmarks.

The album came out in November 2019, to what extent did the pandemic affect you?

Both Laginha and I are combining more recent individual projects with album concerts. Now I'm on tour with my latest work, Horas Vazias. We work twice as hard.