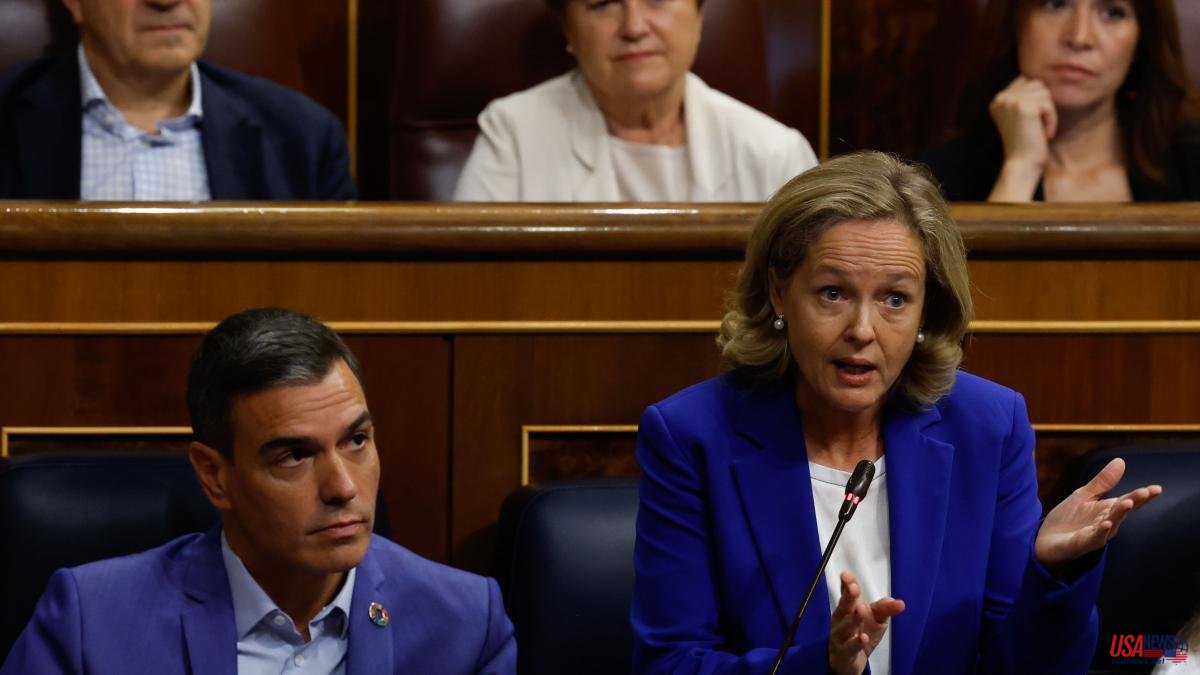 The never seen. Vice President Nadia Calviño, a staunch guardian of the Government's economic orthodoxy – which usually causes serious friction with other ministers and, above all, with United We Can – not only stole Pedro Sánchez's prominence yesterday in the control session in Congress. Her fiery reaction to the criticism launched at her by the Vox spokesman, Iván Espinosa de los Monteros, also provoked a standing ovation from the left. And he raised not only Sánchez and the entire socialist caucus from their seats, but also Vice President Yolanda Díaz, Minister Irene Montero, the president of United We Can in Congress, Jaume Asens, and other deputies of the purple party. That said: never seen.

“You say that you do not know any Spaniard who benefits from the action of this Government. Well, you have to check your friends, ”Calviño began by replying to Espinosa de los Monteros. And he stepped on the accelerator: “Does that mean you don't know anyone who receives the minimum interprofessional salary? That you do not know any young person who has obtained a permanent job for the first time thanks to the labor reform? Pedro Sánchez and Yolanda Díaz, who flanked Calviño, began to nod and applaud.

"That you don't know anyone who benefits from scholarships, investment in education, public health, free public transport, aid to the self-employed, ERTE, aid to companies, guarantees from the ICO, from the minimum vital income, from the aid to families with poor children?” Calviño continued, packed, to applause from the left. And she settled: "But how can it be that I don't know any real Spaniards?" Then Sánchez, the ministers and the benches of the PSOE and United We Can, most of them standing up, gave him a standing ovation.

A State Economist and senior official in European institutions, Calviño was the first Minister of Economy in the Government that Sánchez formed in 2018. In successive cabinets, she rose from the third to the second vice-presidency and, now, to the first. She is independent and does not have a PSOE membership card, but Ferraz's leadership has highlighted her "political growth" for some time. “She arrived as someone with a technical profile, but in each control session she gains more ease, to the point of giving a review to a deputy so in love with himself and his oratory as Espinosa de los Monteros is”, they celebrate.