Calviño asks unions and employers for a three-year income agreement

The Government tried this Wednesday to give a new impetus to the negotiation of an income pact during a meeting in which the Ministers of Economic Affairs, Nadia Calviño, Energy Transition, Teresa Ribera, and Transport, Raquel Sánchez, transferred the main leaders of the CEOE, Antonio Garamendi, and the UGT unions, Pepe Álvarez, and CC. 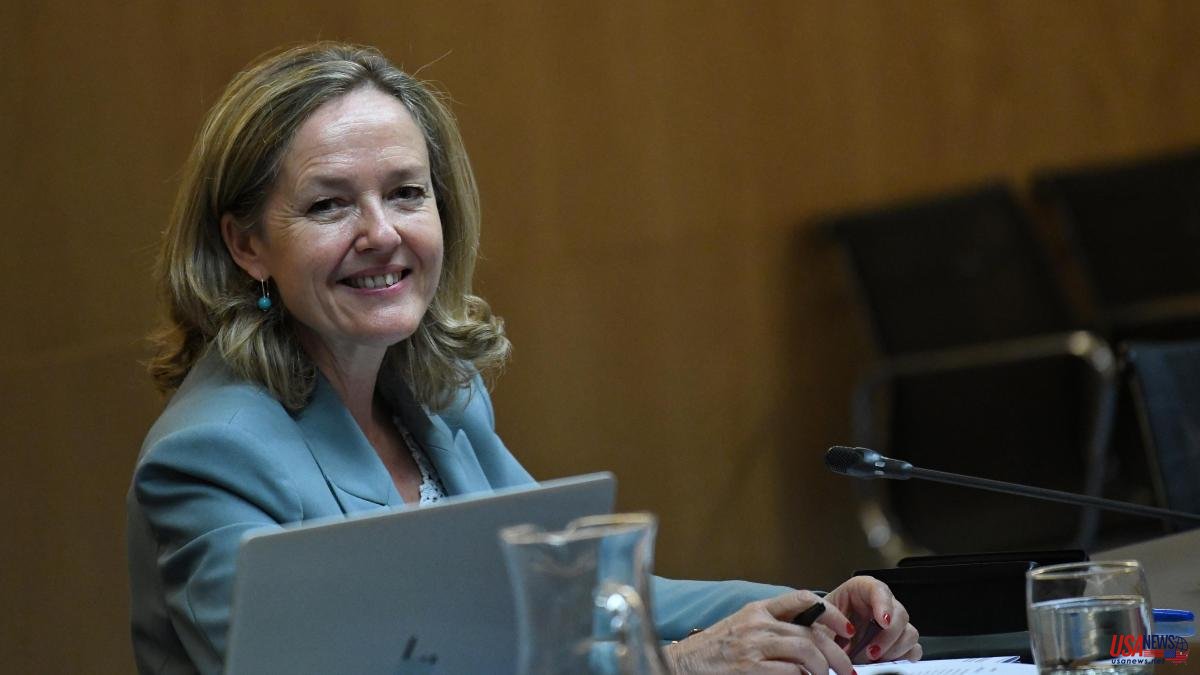 The Government tried this Wednesday to give a new impetus to the negotiation of an income pact during a meeting in which the Ministers of Economic Affairs, Nadia Calviño, Energy Transition, Teresa Ribera, and Transport, Raquel Sánchez, transferred the main leaders of the CEOE, Antonio Garamendi, and the UGT unions, Pepe Álvarez, and CC.OO., Unai Sordo, the need to advance in a three-year agreement. An agreement that implies "containment of business margins, salary moderation as well as the commitment, already assumed by the Government, to increase the minimum interprofessional salary (SMI) to 60% of the average salary", as explained by the first vice president, Nadia Calviño, to the press after the meeting.

At the meeting, the Government conveyed "the absolute willingness to work with the social agents on those measures that can facilitate the income agreement that they could not reach in the month of May." According to Calviño, the social agents were in favor of advancing in this negotiation as a way to curb the effects of the second round on inflation as well as the distribution of the costs of the impact of the war in Ukraine.

But if that pact is possible, it is not very close. The businessmen did not even comment after the meeting. While the unions, which conveyed their full willingness to negotiate, showed considerable skepticism about the evolution of these negotiations. "We don't see any more chances of an agreement than a week ago or in May, when the previous negotiations broke down," said the confederal secretary for trade union action and employment of the CC.OO., Mari Cruz Vicente.

Both she and the deputy general secretary of trade union policy of the UGT, Mariano Hoya, regretted that the Government raised the negotiation this Wednesday without any proposal on the table and insisted that they are not willing to give in on the salary containment that both the Government and employers demanded. in May. "It has been shown that wages are not responsible for the second-round inflation that the Spanish economy is already suffering," Hoya recalled.

The truth is that Calviño has not been very successful with the moment chosen to recover the negotiation. Hours before that meeting, hundreds of workers raised red flags in Madrid surrounding the general secretaries of the UGT, Pepe Álvarez, and CC.OO., Unai Sordo, in front of the CEOE headquarters while shouting the slogan “Salaries or conflict! ”

The image was repeated before the headquarters of employers in the rest of Spain. The message in all was the same. The unions are not willing for the workers and the devaluation of their wages to bear the brunt of the costs of this crisis and warn that if there is no agreement to raise wages, "there will be massive mobilizations at the turn of summer", they warned.

The unions feel behind them the support that the victories give them in negotiations such as those of the metal industry in Cantabria or A Coruña, where after strong mobilizations and strikes they have achieved salary increases of up to 4%. “It is the example that it can and is possible”, assured Unai Sordo. For this reason, the leader of the Workers' Commissions made his position very clear: "The dilemma is whether the fight for the rise in wages is made in a framework of conflict or is included in the framework of normal collective bargaining."

Without margin on that point, the unions made it clear that their position to advance in the negotiation of an income pact requires that the Government and businessmen change their position with respect to their positions in May. “An income agreement is not a salary devaluation. It is necessary to touch the corporate tax and not only create a tax for the large energy companies. There are many companies that are passing on the entire cost in consumer prices so as not to reduce their margin, while many others have been accumulating billions of surpluses for years. The cost of this war must be distributed among all”, assured Unai Sordo.

For the president of the CEOE, Antonio Garamendi, the dialogue must incorporate a debate on pensions or the salary of civil servants, due to the costs that this also implies for the State. Neither of those issues is on the table yet.