Called strikes in Iberia Express for August and September

The USO union has called this Wednesday for strikes among Iberia Express cabin crew in Madrid from August 28 to September 6. 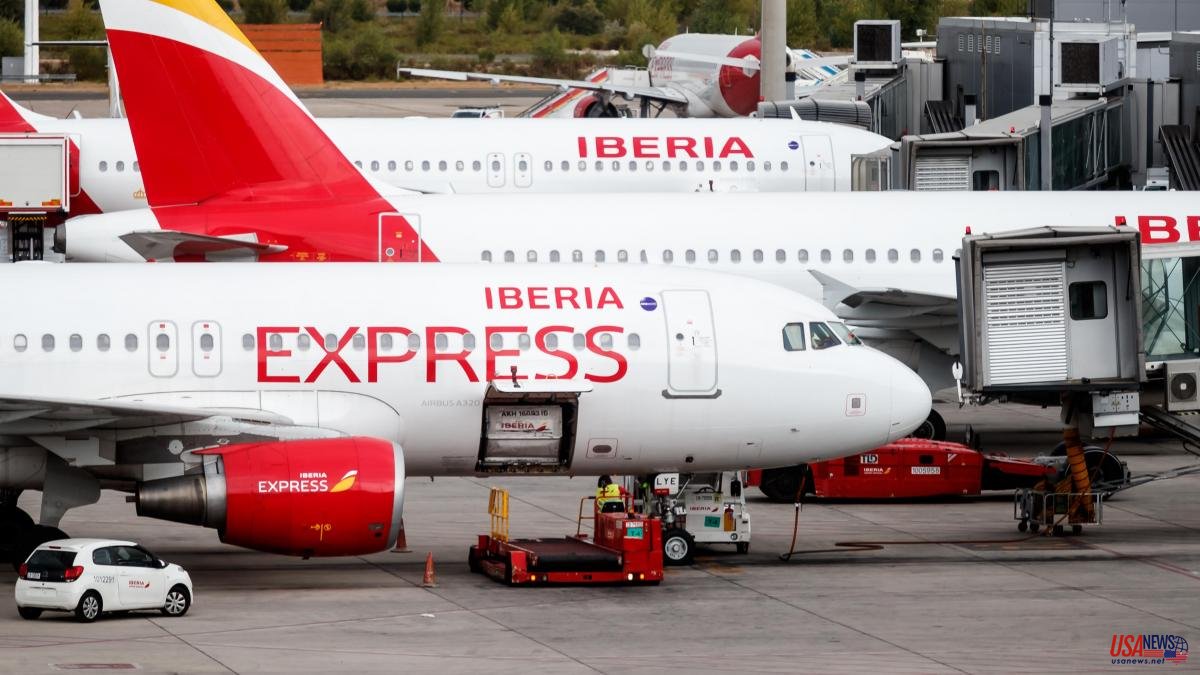 The USO union has called this Wednesday for strikes among Iberia Express cabin crew in Madrid from August 28 to September 6. The stoppages in the low-cost and short- and medium-haul airline of the IAG group come after the failure of the agreement for the II collective agreement and linking wages to inflation, explains in a statement the association, the first union in the airline committee in Madrid.

"The reason for this strike is to unblock the negotiation of the II Collective Agreement", it is detailed. Some 517 workers are called to support the strike, including employees based in London, who will not be affected by the minimum services set by the Government for the days of protest.

"The company has maintained since December 2021, when the negotiations began, a null interest in improving the working conditions of the group, opposing any union proposal and offering alternatives far from reality," it is denounced. According to USO, the crew members have had their salaries frozen for seven years. Thus, they ask for a consolidation of the salary increase of 6.5% for 2021 at all levels, the creation of two salary levels with an 11% and 4% increase, a 24-month seniority bonus for all workers in the group and the homogenization of the transport bonus and the on-board sales commission in all categories of cabin crew.

"It is time to compensate for the effort made by all Iberia Express crew members to sustain the company during the pandemic," it is maintained. “Iberia Express management has shown not to have a word or respect the workers who have fought to keep the company afloat while they will receive millionaire benefits this summer. We trust that they will reconsider their proposals”, explains Adriana Escauriaza, USO delegate at Iberia Express.

The strike call is added to those already underway among Ryanair cabin crew, with weekly strikes until January of next year, and among Easyjet pilots. As a basis for the claims, the workers take advantage of the strong recovery of the sector after the blow of the pandemic to travel, of such magnitude that it has caught the large European airports on the wrong foot, which this summer have experienced a chaos of cancellations, delays and queues due to lack of staff.