California's coronavirus death rate reached an unfathomable milestone of 70,000 people on Monday, as the state recovers from the latest infected surge. It has the lowest number of new cases out of all the states. 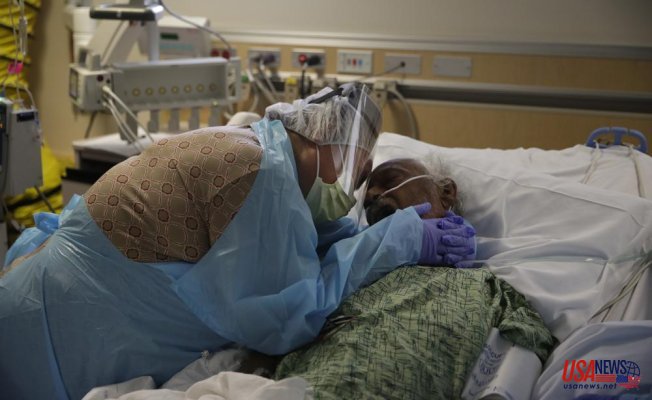 At this point last year, the number of cases in California started to rise. By January of last year, California was experiencing the worst pandemic. It was also the epicenter of the virus. Everyday, 700 people died.

The delta variant, which mainly targeted unvaccinated people, drove the latest surge that began in summer. California's daily death rate was at its lowest during this spike.

Johns Hopkins University data showed that the state had 70,132 deaths as of Monday midday. This is the highest number in the country, surpassing Texas by approximately 3,000 and Florida, by 13,000 respectively. However, California's per-capita fatality rate of just 177 per 100,000 residents ranks in the third lowest for the U.S.

California's health secretary Dr. Mark Ghaly said that there was nothing, if any, to compare the number of deaths.

He said, "Take a moment to reflect on what that's meant in California for Californians." "Families who have lost more than one member of their family, key breadwinners, or people who couldn’t protect themselves.

As it enters the colder months of the year, the most populous state is in a better position. It is a leader in vaccines, while those who have survived the virus have a natural immunity that helps to prevent serious illness and death.

Ghaly stated to The Associated Press that even if there is a new surge in the number of life-altering behavior, "the level may be different this winter than last winter."

He doesn't expect California to be as rigid this year, with its business closures and social distancing requirements.

He said, "That's not what we are talking about." "I believe vaccines and masks in certain indoor settings will be a significant support for us getting through any COVID challenges in the future."

One year ago, there were many debates about whether Halloween should be celebrated. Dr. Monica Gandhi, an infectious diseases expert at the University of California San Francisco, said that this was due to all of these arguments. "I believe this winter will be a lot more pleasant than last winter, especially in California."

She noted that more than 70% of Californians have been fully vaccinated, with another 8% only partially. This compares to around one-third of Californians who had antibodies to the coronavirus in February before vaccines were introduced and while California was struggling to recover from an epidemic.