CAF thrives amid the rattle of mergers

Founded in 1917, in the year of the Russian revolution and in the middle of the world war, CAF is, more than a century later, a major Spanish train manufacturer. 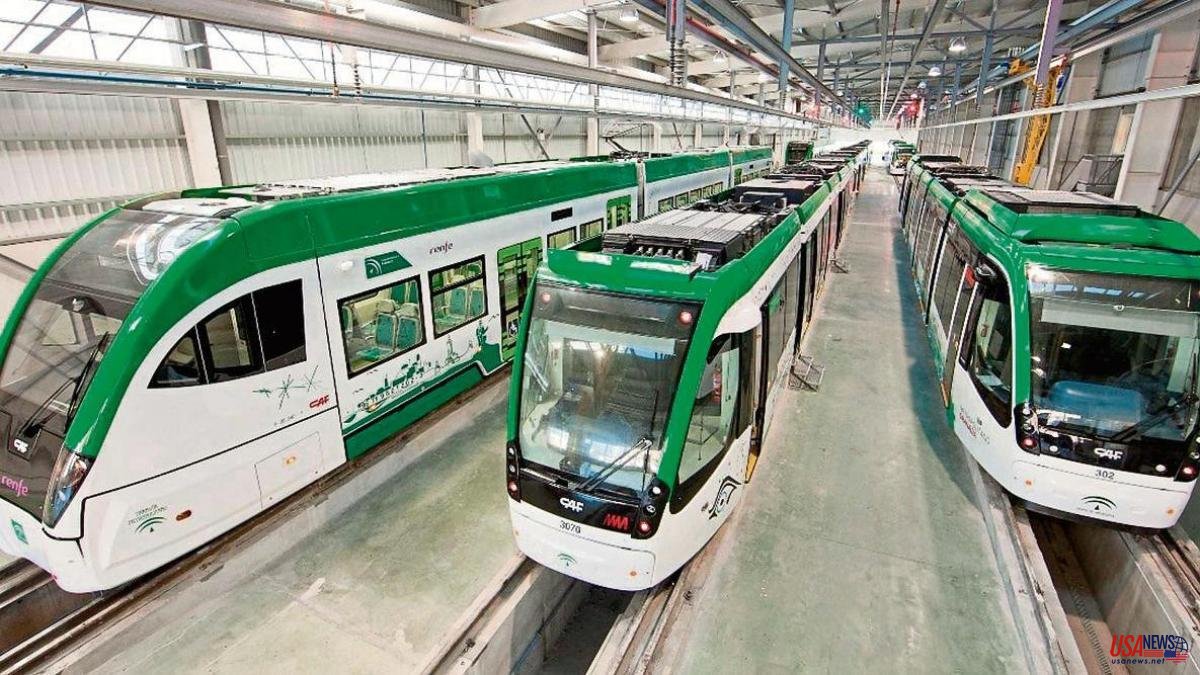 Founded in 1917, in the year of the Russian revolution and in the middle of the world war, CAF is, more than a century later, a major Spanish train manufacturer. The Basque company, with headquarters in Beasain, corporate offices in Madrid and factories in Catalonia, Navarra and Aragon, occupies that position together with Talgo. It is a benchmark at the European level and used, especially before the pandemic, to appear in merger rumors. Now it has just presented a strategic plan until the year 2026 and it does so with a full order book and ammunition to tackle acquisition operations.

The group chaired by Andrés Arizkorreta never tires of announcing new contracts, especially in Europe, where railways are back in fashion and opportunities are emerging in trams, metros and regional and high-speed trains. The last one, less than a month ago, is 600 million and aims to supply 60 trains to the national operator of the Netherlands. It is just one example because CAF is one of the ten largest manufacturers in the world and works all over the world. It does so on the Madrid, Barcelona, ​​Bilbao, Washington, Rome, Brussels, Hong Kong or Mexico City metro, on the Lisbon or Amsterdam trams, or on trains in Finland, the United Kingdom, Saudi Arabia or New Zealand.

However, CAF is no stranger to economic difficulties. Its profit fell 41% between January and September, up to 34 million euros, due to the "macro situation" and despite the "good commercial moment". Inflation, supply problems and rising energy and material costs also affect you.

The company has just presented a strategic plan until 2026 in which it will stick to the ground. Business is going well, with a backlog at record levels of 11,857 million euros, 23% more than a year ago, not counting another 1,200 million new orders. In just four years, the goal is to raise its annual sales from around 3,000 million a year to 4,800 million and achieve a gross operating profit (ebitda) of 300 million, compared to the current 165 million.

In the new plan there is an item of 550 million euros for acquisitions. It is about making a transformative purchase that brings an additional 400 million euros of income to the group a year. It is a way of getting even and taking the initiative after a few years in which the business of train manufacturers became the great protagonist of the mergers and acquisitions movements in Europe.

Before the pandemic, a debate arose in the EU about the advisability of changing doctrine in the field of competition and creating continental champions like those emerging in the United States or China. If there is an Airbus in aeronautics, why not in the railways?

The great railway movement could have been a merger between Siemens and Alstom, but it was vetoed by Brussels in 2019. CAF and other companies sounded like possible buyers of the assets that, for competition reasons, had to be sold. After the setback and after a few months in which there was speculation about the possibility of Siemens launching a takeover bid for CAF or Talgo, it was Alstom that took the initiative and bought Bombardier, also French. This time there were opportunities for the Spanish company.

In mid-2022 and thanks to the conditions imposed on that operation, CAF closed the purchase from Alstom of a factory in Alsace and technological platforms to manufacture trains. Added to the plant already available in Berlin, the new facilities put the Spanish group in a position to attack the large European market with force.

Other operations have taken place in the business, such as the purchase of the Thales railway area by Hitachi. For CAF, now is the time to exploit the opportunities offered by its own activity without losing sight of possible concentration movements in Europe. Until September, it has increased its sales by 8%, which stand at 2,191 million, and in recent years it has managed to get into the great world league of comprehensive mobility operators.