Cañadas defends "a part" of the fiscal pact for Catalonia

The candidate for the presidency of the Cercle d'Economia Rosa Cañadas yesterday presented her proposal to lead the institution in the Equestrian Circle, where she defended "a part" of the fiscal pact for Catalonia. 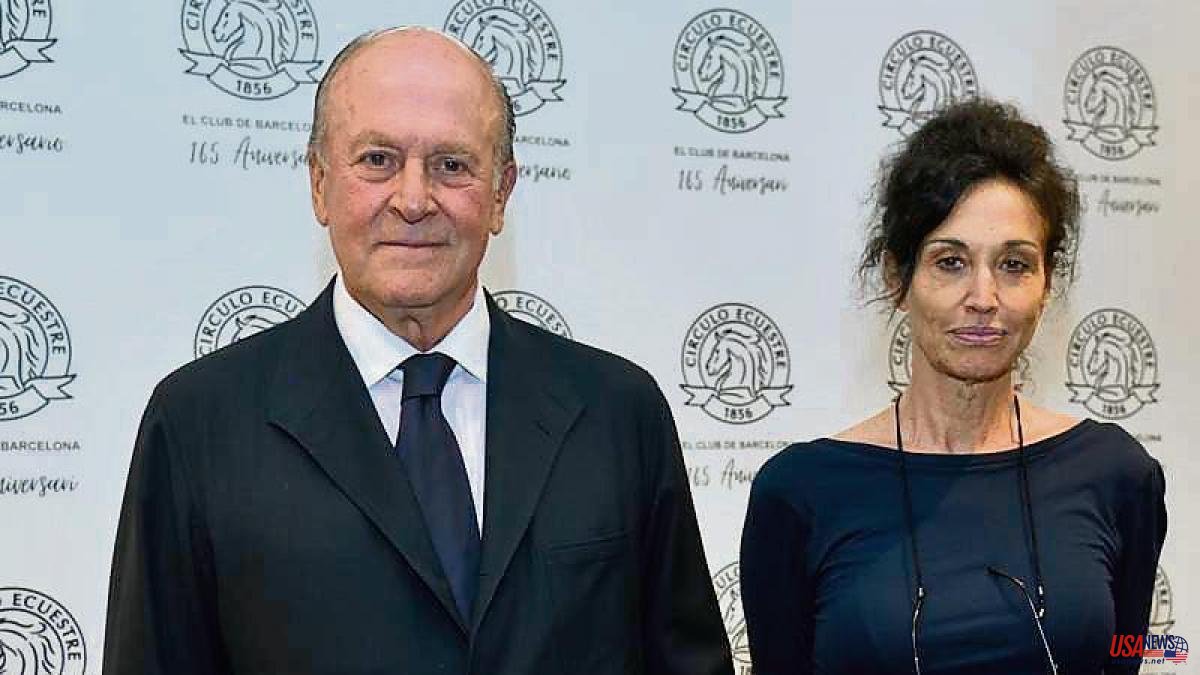 The candidate for the presidency of the Cercle d'Economia Rosa Cañadas yesterday presented her proposal to lead the institution in the Equestrian Circle, where she defended "a part" of the fiscal pact for Catalonia. “I am in favor of a part of the fiscal pact; Catalonia has to receive the fiscal income that corresponds to it”, she stated before the audience. Cañadas referred to the unresolved “conflict” that has remained after the pro-independence process and that, sooner or later, “will arise again”.

In this sense, he opted for the Cercle "to work discreetly on how it can be solved". Something that, if he finally wins the elections, he plans to promote. And he will do it because, in his opinion, the Cercle "has withdrawn, without giving a courageous opinion" on the most pressing issues of today. The pro-independence process would be one of them, but also "the debate on the Barcelona airport", he continued.

Cañadas valued his candidacy as a way of "returning the debate" to the Cercle and giving members a voice. For these to pronounce between his proposal and that of Jaume Guardiola's continuation candidacy. "You have to remove cobwebs" from the institution, he said.

If it is presented, he continued, it is because he does not agree "with part of what has been done" under the mandate of Javier Faus. During this last stage, he said, the Cercle has lost influence. “The Cercle has to be in Europe, where decisions are made, not only to listen, but to keep abreast of what is happening, debate and propose solutions (...), it has to be able to go to other autonomous communities in Spain to be heard," he added. "The Cercle is more than a few days, there has been no reflection or thought with powerful notes", he insisted.

Despite the fact that she affirmed that there has been a shift of economic power to Madrid, among other issues, due to globalization and the procés, the candidate was optimistic about the situation in Catalonia: "We must not get carried away by decadence, since that there are plenty of reasons to be positive”. Specifically, she pointed out that Catalonia has a new generation "that is assuming in a very natural way the rules of the new economy and has a very complete and diversified productive fabric". Alliances with other communities to "vary the idea of ​​Spain radio" centered in Madrid would also help boost the Catalan economy. Instead of betting on the co-capital status of Barcelona and Madrid, she proposed a Barcelona “capital of the Mediterranean”.

The first elections in the Cercle in more than 60 years are a "positive" circumstance. Regarding the number of endorsements collected by his rival, he stressed that "they have had four months and we three weeks." From now on, and once the polling station has been set up, Cañadas said he hopes that "irregularities" will not occur. It is, yes, pending the delegation of vote.