"When I was born, my parents closed the factory and broke the mold. 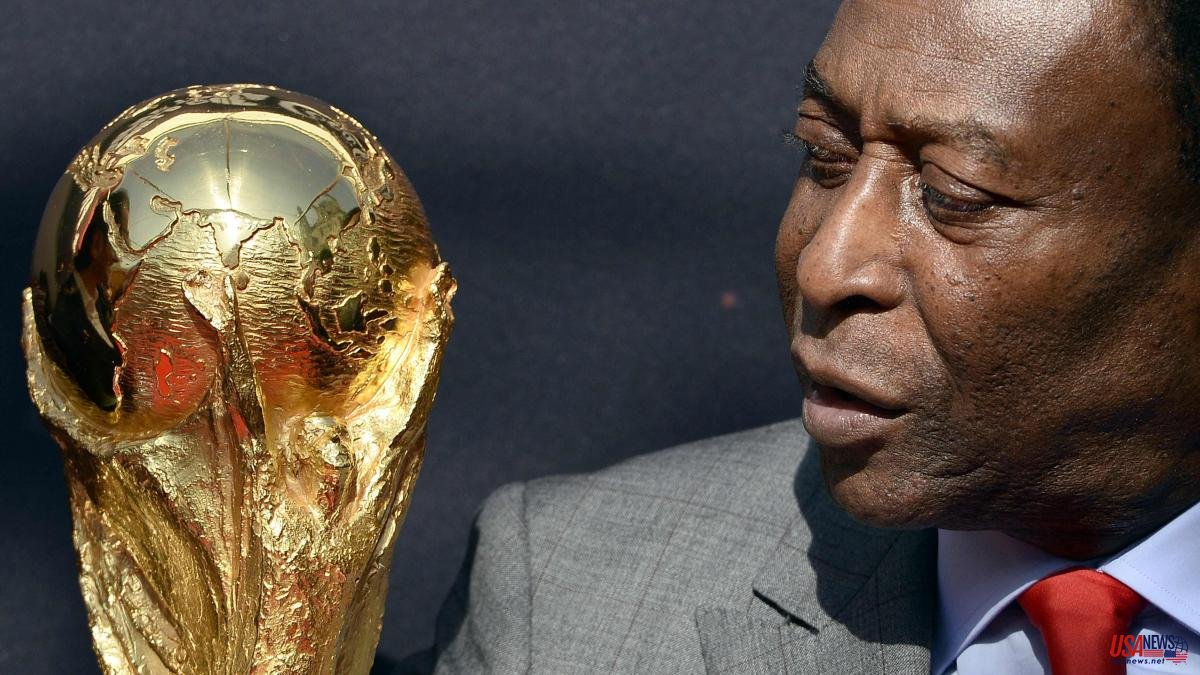 "When I was born, my parents closed the factory and broke the mold." Pelé could never be modest, even if he wanted to. Because he was the best despite everything. It was like the ranchera "...But I'm still the king." He was a phenomenon decades before O Fenómeno Ronaldo. When Messi was already unquestionably the real king, Edson Arantes do Nascimento named him his prince, because there could only be one O Rei. "They compare me with Di Stefano, with Maradona, with Messi, perhaps the Argentines should agree on which candidate they propose," he laughed sardonically at the end of April 2015.

The three-time world champion gave an interview to La Vanguardia Magazine as a result of the film that recounted his childhood as a shoe shiner, floor cleaner, as a child without shoes who saw his father cry after the Maracanazo. "He was crying and when I was nine years old I told him that I would win a World Cup for him... and I didn't win one, I won three."

His story begins and ends in Sweden 1958. There he stopped being Dico, as his mother, Doña Celeste, called him, and he became a living legend. It is, even now that he's gone. Pelé learned over the years to be Pelé, they named him Brazilian intangible heritage, he was a César to whom no one ever said memento mori. Remember you will die…

The former player learned his role well, to be an ambassador for his country with the right and the left. Advertiser of those famous blue pills. Minister or plenipotentiary adviser. To surf, almost always on the crest of the wave, with that toupee that made him an icon. He was also a smoothie. He began the interview that day with an affectionate "Dear Dom Felipe!" Obviously, we didn't know each other at all.

That day he confessed that, if he had not been a footballer, he would have liked to be a musician. Bossa Nova. Samba. Jobim, Toquinho, Milton Nascimento, Maria Creuza... he played the guitar well, well that's what he said. In that film, titled Pelé, the birth of a legend, the great singer Seu Jorge played his father, Dondinho. The footballer told him that he wanted to be a musician and Seu Jorge that he would have liked to be a footballer.

Pelé was always very proud to be from the stream, to get out of it and to succeed: “With the support of a family, one can go far and succeed even while being humble. We always tend to admire the great, the rich, the famous, the one who is important and my story –he said at the time– shows that you can come out from under everything, from nothing, and reach the top, succeed. That is the great message that I have and can give”.

When they went to register him, the father wanted to name the baby Edison, in honor of Thomas Alva Edison, the multi-inventor, but the clerk lost the i in the inkwell and it stayed on Edson. Now that Pelé, Dico, Edson have died, the i has appeared like a beacon that does not go out. That gives light and more light. That day, after the laughs, he became serious and said: “It has not been difficult to be humble, it is as if God had granted me that. I was always the same."