Bust of York, an enslaved Dark member of the Lewis and Clark expedition, Seems in Portland

A memorial bust of York, a Black servant who had been a part of the Lewis and Clark expedition, has emerged in Portland. 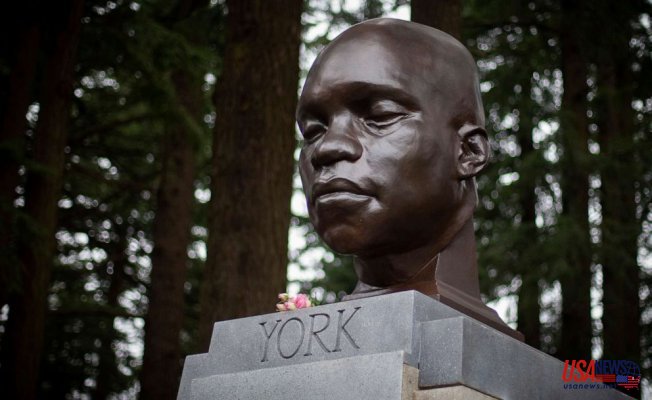 The art emerged in Mount Tabor Park on Saturday, at precisely the exact same location at which a statue of Harvey Scott, a famous conservative figure that opposed women's suffrage, was toppled in October 2020.

York was enslaved by William Clark, who, together with Meriwether Lewis, led the expedition to cross to the recently acquired western area of the nation after the Louisiana Purchase in 1803.

It is not clear who made the bust of York or who put it on a playground pedestal.

The bit"should make us reflect about the invisibility and donations of Black, Indigenous, Latinx along with other Oregonians of colour --especially musicians," Carmen Rubio, the city's commissioner, said at a announcement on Facebook.

She added that the bust is a"much-needed reminder to city leaders to quicken our job of rooting out white supremacy within our associations."

"The bust is actually impressive and it's brought this significant narrative to light for several Portlanders and individuals throughout the nation," she explained in a statement.

The work portrays York as bald, and with his eyes directed down. Historians say there's not any modern illustration of York.

A plaque below the bust clarifies York as"the first African American to cross North America and hit the Pacific Coast."

Portland Parks & Recreation officials told ABC News they've scrutinized the bit deemed it safe. It will stay up as long as it is secure.

In accordance with park coverage, tributes are permitted to stay in parks so long as they are not a threat to the general public.

York has emerged in public artwork before.

In Lewis and Clark College, York is memorialized in the shape of a six-foot-tall bronze statue around the campus.