The outrage triggered by the tragic death of Mahsa Amini, the young woman who died after being arrested by the "morality police" after being accused of dressing inappropriately, does not cease in Iran and the protests continue to spread to different corners of the country, where at least three people have died in Iranian Kurdistan. 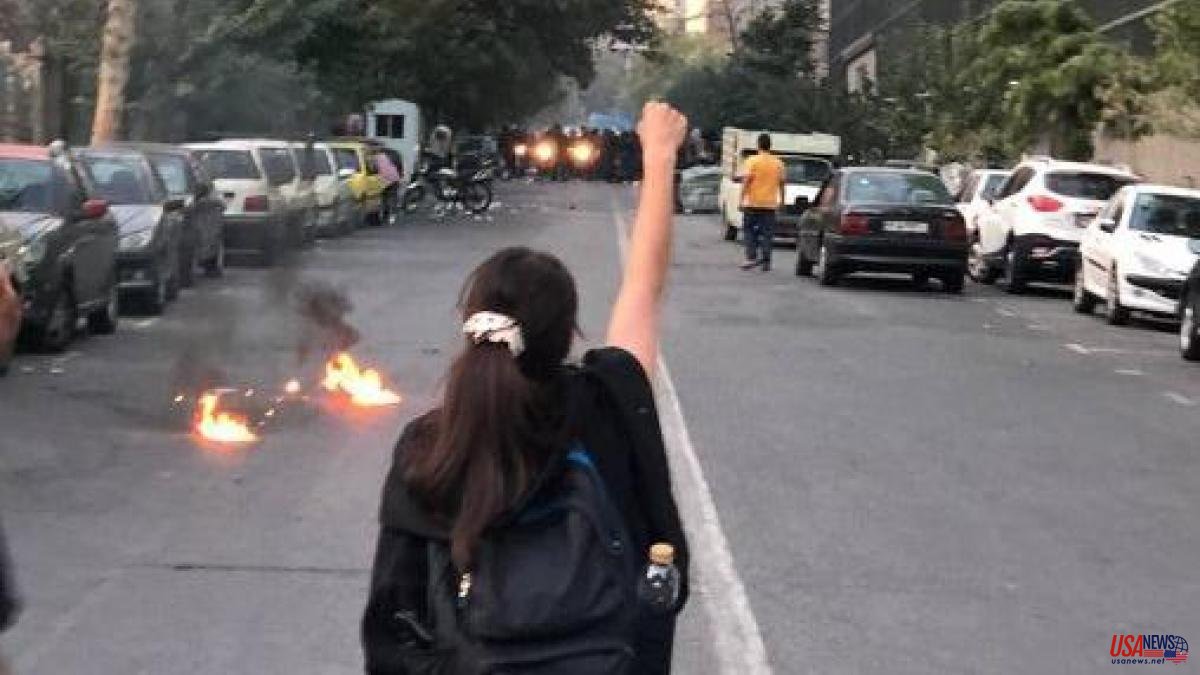 The outrage triggered by the tragic death of Mahsa Amini, the young woman who died after being arrested by the "morality police" after being accused of dressing inappropriately, does not cease in Iran and the protests continue to spread to different corners of the country, where at least three people have died in Iranian Kurdistan.

Yesterday, the governor of Kurdistan, Ismail Zarei Koosha, quoted by the Fars news agency, reported that there were "three dead" in demonstrations in different towns of the province where the 22-year-old girl was from and described these deaths as "suspicious , part of a plot fomented by the enemy". He also claimed that one of the victims was killed by a type of weapon not used by Iranian forces.

This morning in Tehran, students from various universities carried out new protests. One of them took place at Zahra University, a women-only higher education center that is characterized by its conservative ideas. Some of the students took off their veils and published photos on the networks - always from behind, without showing their faces, so as not to be captured by the authorities.

These new protests come after another night of demonstrations in Tehran. Yesterday the center of the Iranian capital was the scene of new marches in which women and men - most of them very young - sang slogans calling for justice and freedom. These mobilizations were monitored by a large security operation that not only included different bodies from the police, the army, the revolutionary guards and their paramilitary forces, but also hundreds of plainclothes agents known as Lebos Shahsid.

“Azadi, azadi!” (freedom in Persian), shouted a group of eight young people who, in the company of an older woman, were walking down one of the most important avenues in the center of Tehran late yesterday afternoon. At that time, hundreds of small groups, mostly made up of women, were walking through the area. Other smaller groups watched from the doors of their homes as tear gas filled the air.

As night fell, the marches took on more violent overtones with repression by the authorities and the response of the participants, who often came together to defend anyone who was attacked or detained.

These scenes were replicated in different cities of the country as confirmed in videos published on social networks. Many of these protests took place in places where mobilizations had never been registered before, such as on the island of Kish, an island in the Persian Gulf used as a summer resort for Iranians, where many women took off their veils.

This morning the networks were also populated with videos where groups of boys appeared confronting the authorities or men dressed in civilian clothes who sought to repress the protests. Tonight new protests are called in Tehran.