It is six in the evening, a cool breeze is blowing, and Lilia relaxes smoking on her balcony, on Death Street. 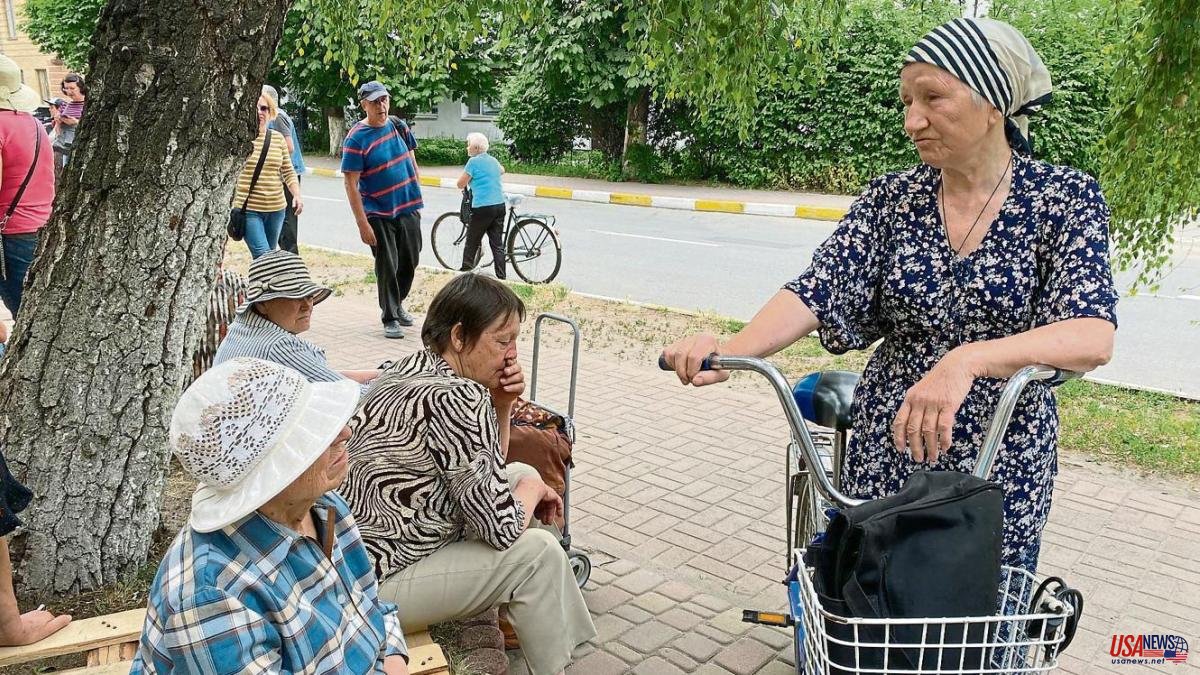 It is six in the evening, a cool breeze is blowing, and Lilia relaxes smoking on her balcony, on Death Street. This is how the journalists who flooded Bucha in April baptized it, with the Ukrainian liberation after a month of Russian occupation, when the city became a symbol of the atrocities of Putin's army in Ukraine. The corpses scattered on Vokzal'na street, where she lives, went around the world.

The floods of journalists are gone but the devastation remains, visible and invisible. The destroyed buildings will one day be repaired (it will cost 500 million euros, the city council estimates), but the horror leaves indelible memories. “Right there – says Lilia, 56, pointing to the perpendicular street – a childhood friend of mine died. It was the day the Russians entered, February 27. She was shot when she went out to see what was going on, thinking they were ours. Her mother buried her in the garden.”

Lilia was able to escape. She left the city on March 1, heading west to Ukraine and from there to Denmark, where she has a son. She a month ago she returned to Bucha. The reason is simple: "It's my house."

32 kilometers northwest of Kyiv, surrounded by forests, Bucha had 52,000 inhabitants before the war, most of them young families, says Sergei Shepetko, deputy mayor. When she was released, only 3,500 people remained. Today there are about 18,000, barely a third of the population. Returns have slowed. The Russian army was repelled in Kyiv, but there is fighting in the east and south of the country and missiles continue to rain down on Ukraine. “The war is not over. We cannot promise our neighbors that they will be safe,” says Shepetko.

The doors of the town hall are plastered with telephone numbers for those who need psychological support, accommodation or help to rebuild their home. There is also a list of morgues. There are still many missing. This past Monday a grave with seven bodies was discovered in the forest. The official death toll in Bucha is 420 and counting: a third of the total civilian casualties in the Kyiv region.

The largest mass grave was next to the church, 116 bodies. It was dug up by city officials when the Russians finally allowed them to bury the dead that were piling up in the center of the city. "The bodies were decomposed, it was hard work," says Shepetko. The city council has announced a competition to erect a monument where the grave was.

Mrs. Tetiana, 74, searched for her son for almost two months. On March 5, with the Russians camping out in the city and without electricity or water, Oleg went out to charge his cell phone in his car. He didn't come back. “We asked and asked but no one had seen anything. I held out hope that he was alive until the end,” he says.

Some children discovered the body next to the train tracks, said the paper they were given at the morgue on April 22, when they went to identify it. He had his belly shot open. They don't know what happened and they never will. “What did my son do to the Russian people to be killed so cruelly? He spent 13 years working in Russia, taking products to them in his truck. As much as I think about it, I can't understand the meaning of this war. Why, for what?”, the woman despairs.

You have to keep living, even if it costs. “I have another son and grandchildren that I have to live for. At least I know where my son is, I can bring him flowers and talk to him." It is a consolation. Other mothers do not even have this sad certainty.

Tetiana has approached a stand of World Central Kitchen, the NGO of the Spanish chef José Andrés, where today they distribute bags of apples. Those queuing are mostly elderly and many spent the entire Russian occupation in the city. To escape you had to be strong or simply have somewhere to go. Boris, 86, had neither, and decided to stay locked in the basement with his son. “In the beginning we had food but in a few weeks it was gone. How hungry, and how cold. There was no heating and we were below zero. My lungs swelled up,” he says.

One day he went to feed the neighbor's cat. Opening the door of the house, Boris saw that there were Russians inside. “They were getting drunk. I tried to leave, but they had seen me. I said I had gone to feed the cat. The boss laughed and said to me, 'Grandpa, listen to me, go back to the basement and don't come out. If I see you again, I'll shoot you."

Before the war, Boris was not exactly anti-Russian. His late wife was Russian, from Belgorod. “His brothers and nephews live there. They don't believe what we tell them. We send them videos of the destruction in Bucha and they say they are fabrications,” says the old man, shaking his head in disbelief. He says it in Russian. Like almost all the protagonists of this report.

In the same street where they distribute the apples is the school number 4 of Bucha. With its pastel-colored walls and decorated with children's drawings, no one would say that dramatic scenes were experienced in its foundations three months ago, when it became the largest refuge in the city. Up to 500 people resisted locked in their basements for three weeks, until two corridors were opened in mid-March to evacuate civilians.

“It's hard for me to come back here,” says Irina, 63, with a lump in her throat, as she descends the stairs to the basement. There are twelve steps, she knows it by heart. Without electricity, in the dark, every time they went to the bathroom, upstairs, they had to climb up and down holding onto the railing, counting steps.

They washed as best they could with the little water available. They slept on the floor, with blankets. “During the day, the children put flashlights between their teeth and played,” recalls Irina. Her drawings are still there: a Peppa Pig, a flower, some doodle that exudes fear.

The couple, Vitali and Natalia, the electrician and the administrative director of the school, remained in charge of organizing the shelter. They got a generator, which they buried so the Russians wouldn't hear it. “We used it two hours a day to charge our phones. You had to be very disciplined. We only went out for essentials. At 4:00 p.m. we turned off the lights, that was when the bombardments began,” Natalia recalls.

The Russians installed missile launchers in the schoolyard, from where they attacked the Ukrainians. “They used us as a shield. We had to contact the army and give our coordinates, we were afraid that our army would bomb us”, explains Vitali.

The food soon ran out and it was time to organize shakes in houses and in a neighboring supermarket. In an expedition, the Russians captured Vlad, 28 years old. His body was found weeks later, shot in the head. Another boy went out to get water and didn't come back, but they still don't know what happened to him.

“When I went out I saw the bodies piled up in the street, but when I went back to school I didn't say anything, so as not to scare them. We still didn't know if we could go out one day,” says Natalia.

“Life will never be the same again, I'm sure of that. What we have experienced... perhaps the children will forget, my generation will not”, reflects Sergo Markaryan, a Georgian resident of Bucha for 15 years. He is the owner of the Jam coffee shop, a cute place with wallpaper and sweet music. It was the first cafe he reopened in Bucha, on May 14, Sergo is proud.

“We were really looking forward to it,” he says. We love this city. We wanted to be an example, to send the message that we are not giving up, that we are going to fight. It is also good that we work for the economy. The first day not many people came, but the second day more and the third even more. That's the important thing, keep living."