BTS, the K-pop superstar group, has taken a second hiatus to allow members to pursue their solo projects. 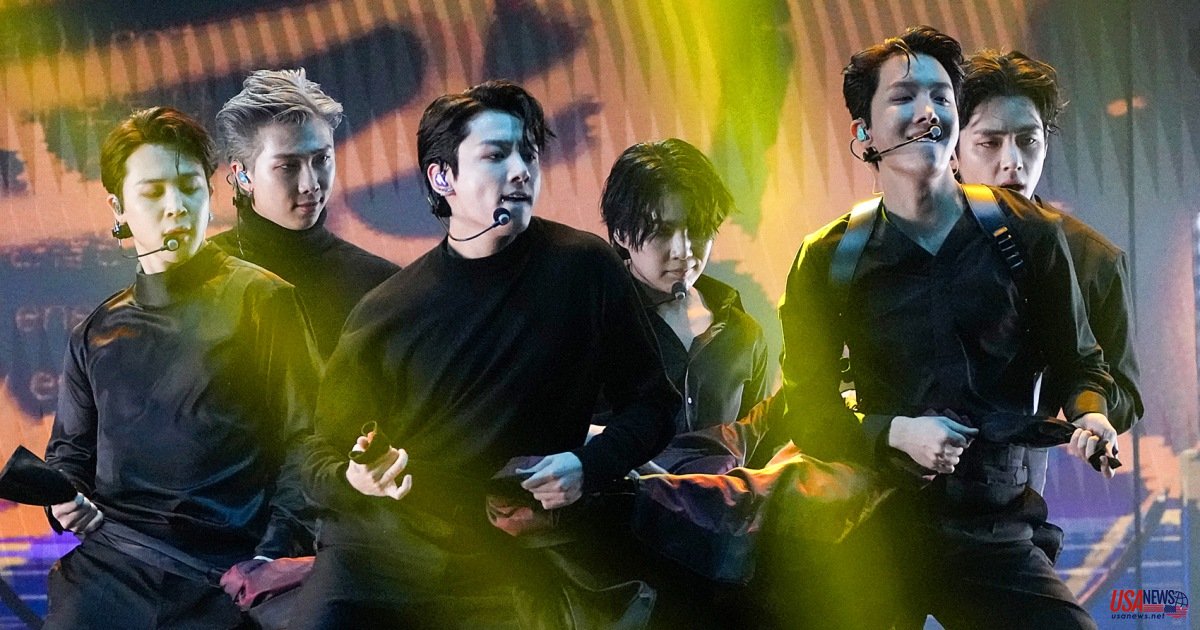 BTS, the K-pop superstar group, has taken a second hiatus to allow members to pursue their solo projects.

The group, which included RM, Jungkook and Jin, SUGAs, J-Hopes, Jimin, V, and V, shared a YouTube video announcing the news at a Tuesday "family dinner". This video was created as part of the FESTA celebrations, which mark the ninth anniversary of the group. The group talked about the highs and lows in their industry. They believe that taking time off will help them grow as individuals.

Jimin stated, "I believe that's why our family is going through a difficult time right now." "We are trying to find our identity, and it's a long and exhausting process."

J-Hope said that BTS will "learn to be one again" by spending time apart.

He said, "I hope that you don't view this as a bad thing and instead see it as a positive thing." "I believe BTS will grow stronger that way."

RM also agreed that BTS is different than other pop groups but that K-pop and the entire idol system don't allow you to mature.

He concluded, "You must keep producing music and continue doing something."

Jimin stated that the group keeps their fans in the forefront and wants to be remembered by them as artists.

SUGA jovialized the mood by reminding his fellow bandmates that it wasn't like they were disbanding!

Jimin stated, "I think now that we're beginning to think about which kind of artists each want to be recognized by our fans," in reference to their impending solo careers.

Both J-Hope & Suga have released solo mixtapes previously. Jungkook also stated that he will be releasing solo music.

Social media showed that BTS' stans (known as ARMY) supported the group's decision not to go to sleep.

"LET US SUPPORT THEM IN THEIR SOLE LIKE WE SUPPORT THEM AS a GROUP. We are waiting for BTS Chapter 2. One Twitter user wrote, "BTS HIATUS."

Another person wrote, "I hope and want bts know that no matter what they do or where they go in life, we will always support them and follow their decisions."

Fans suggested that the group might become more powerful as each member could be producing music instead of one.

One person wrote that "bts was on hiatus, not army's," and added that the music charts would now be ruled over by "seven names", not one.

Many fans still felt the video touched them.

This announcement marks the third hiatus for the group since 2019. The group announced their break in December 2021 via a tweet from BIGHIT MUSIC.

The tweet stated that BTS plans to take an extended rest period after their 2019 events, 'BTS Permission to Dance on Stage -- LA' and '2021 Jingle Ball Tour'.

This was the first holiday the group had enjoyed with their families since they were BTS.