Brussels takes Hungary to the CJEU for discriminating against homosexuals

The confrontation between Brussels and Hungary over the law that limits the dissemination of content related to sexual orientation or change of sex among minors will be resolved in the Court of Justice of the European Union (CJEU). 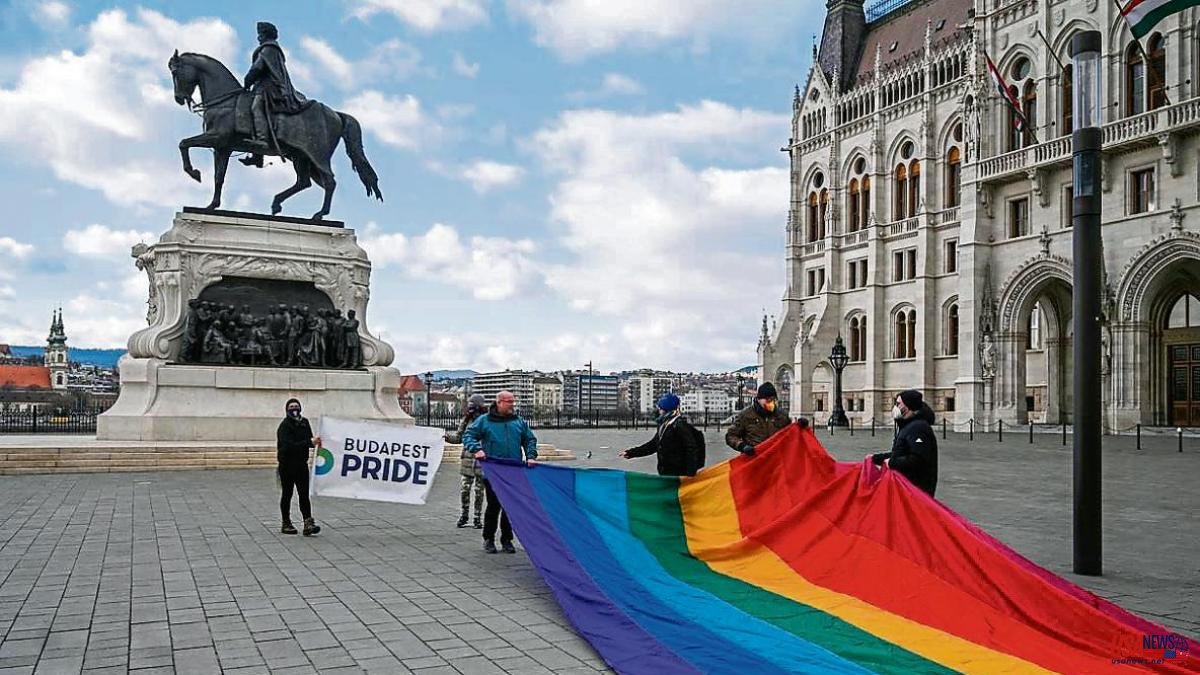 The confrontation between Brussels and Hungary over the law that limits the dissemination of content related to sexual orientation or change of sex among minors will be resolved in the Court of Justice of the European Union (CJEU).

Exactly one year after warning Budapest for the first time for the homophobic nature of this law, officially defined as a measure against pedophilia, the European Commission yesterday raised the case with Luxembourg, the seat of the EU's judicial institutions. "In Europe there is no room for discrimination against people because of their sexual orientation or gender identity," he said in a statement.

Brussels considers that the Hungarian law, which prohibits the dissemination of content that "promotes or reflects" issues such as homosexuality and "divergences in personal identity regarding the sex of birth", among minors under 18 years of age, violates the European Bill of Rights Fundamentals and the directives of audiovisual services, among others.

“The protection of children is an absolute priority for the EU and the member states” but the Hungarian law contains “unjustified” or “disproportionate” elements, maintains the Commission, which in December gave the Viktor Orbán government two months to modify the law and adapt it to European law. Rooted in his argument that Brussels is exceeding its powers, he has refused to make a move.

"The defense of minors and ensuring their proper moral development is a responsibility of the member countries," said the Hungarian Minister of Justice, Judit Varga, who denies that the EU has anything to say about what it presents as "the change of values ​​that are part of the national identity. While Poland, which was also put on notice a year ago for designating “gay-free zones”, quickly backed down, Hungary has refused to touch its law.

Another of the toughest battles between Brussels and Budapest in recent years, related to press freedom, has also ended in the European courts. In this case, it is due to the non-renewal of the license of one of the few media critical of power, the Klubradio station, after a decade of harassment. The decision has been made "on a highly questionable basis," says Brussels, which accuses the Hungarian government of violating the European electronic communications code that requires the allocation of licenses using "objective, transparent and non-discriminatory" criteria, as well as the European Charter Human Rights, which protects freedom of the press.

Also in this case, Budapest has ignored requests from Brussels to review its decision on this progressive station, which in recent years had already been losing all its broadcasting licenses outside of Budapest. Finally, it will be the European judges who intervene.

Brussels, which this week admitted that the problems with the rule of law in Hungary and Poland have reached the category of "systemic", yesterday gave Warsaw an ultimatum on the reform of its Constitutional Court, which still seems insufficient to guarantee independence judicial. Poland has dozens of CJEU rulings pending compliance.