The European Commission has proposed today to set a cap on the price of gas at 275 euros per megawatt hour one month ahead in the Dutch reference market and, beyond this threshold, activate a correction mechanism when situations of "maximum stress" occur. 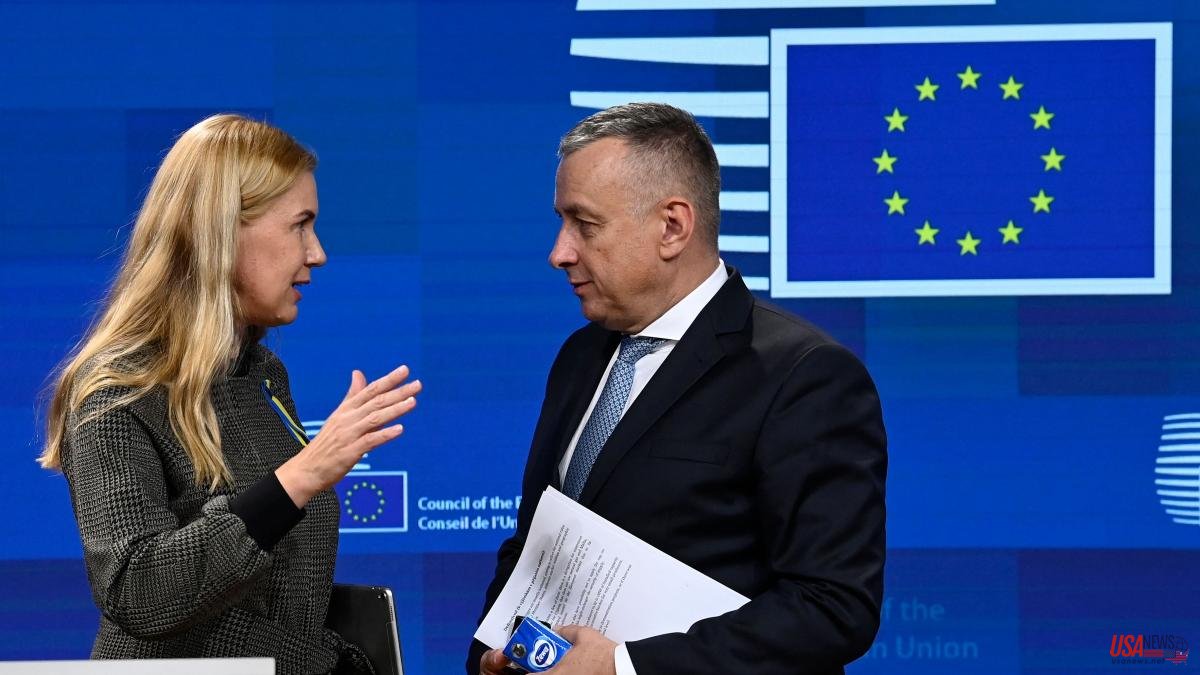 The European Commission has proposed today to set a cap on the price of gas at 275 euros per megawatt hour one month ahead in the Dutch reference market and, beyond this threshold, activate a correction mechanism when situations of "maximum stress" occur. and "extreme volatility." The figure is at the top of the historical records, reached in August in Europe, and is far from the 116 euros currently paid, a figure that doubles the average for the last five years, which immediately raised doubts about the usefulness of the plan, less ambitious than what most European capitals are asking for.

The conditions for its application, in line with the suspicions of Brussels, Berlin and The Hague towards the idea, are highly strict. The cap that will only be activated if the prices in the TTF, the Dutch market, of reference in Europe, exceed that level for two weeks and in the event that it moves away by a minimum of 58 euros from the level registered in the markets global LNG supply, a second condition set to ensure that the premium Europe pays for market anxiety and geopolitical tensions is not excessive. The European Commissioner for Energy, Kadri Simson, has not been able to guarantee whether the system would have been activated this summer, as it is not clear that the second condition would last long enough.

Gas and electricity prices have given consumers a respite in recent weeks, but geopolitical tensions and the consequent adjustments in international markets are far from complete and Europe wants to better prepare for next winter. The Twenty-seven have been demanding solutions for months but the visions on how to deal with the next challenges of the crisis differ and Germany has spent months holding back the idea of ​​applying a cap on the price of gas, as requested by, among others, France, Spain, Italy and Poland.

Blocked by the German rejection of the initiative, until today the European Commission had not been able to present a legislative proposal. Simson maintains that the formula designed by the community technicians, based on "correcting" the excesses and erasing the peaks in prices rather than forcing them to drop, can open the way for a consensus in the Council of European Energy Ministers. Until today the figures handled by Brussels had not been known, which have surprised upwards.

The activation of the excessive price correction mechanism - as the community executive prefers to call it, instead of using the term 'cap', which evokes a willingness to intervene in the markets that some countries reject - is subject to an extensive list of safeguards, guarantees with which Brussels intends to appease Berlin's doubts about the effects that such a measure may have on security of supply, the German Government's main concern, more than prices. Once activated, the TTF would reject transactions above 275 euros. The limit would be automatically deactivated when the conditions no longer apply.

At the beginning of August, the kilowatt hour reached 326 euros and then remained at about 231. As of today, the reference price of the kilowatt hour for a month seen in the TTF is about 116 euros, a much lower level than the one registered this summer but that doubles the average of the last five years. This situation can be prolonged: "The objective of the instrument is to smooth out episodes of very excessive prices, not to structurally change the price level", clarifies the proposal from Brussels, which warns that in the event of intervening in the markets beyond this mechanism to set By "artificially" lowering the price, the EU would risk ceasing to be an attractive market for global gas suppliers.

The proposal will be debated on Thursday at the extraordinary meeting of European energy ministers that will take place in the community capital but the lack of time to examine the text will probably prevent any consensus on the proposed price cap and mechanism from being reached, they have advanced diplomatic sources. The meeting will be the first occasion for the ministers to rule on the figures, the key element of the proposal. The lower the stop, the more chances that the mechanism will activate. The higher, the more unlikely it will be used. Before the figures were released, the third vice president and minister for the Ecological Transition, Teresa Ribera, said that the general guidelines of the Commission were going "in the right direction" but advanced that "they still fall very short".

The legislative proposal adopted today warns that the situation of the gas and financial markets continues to be complicated for the EU. Russian gas now only accounts for 9% of the total imported, compared to 41% a year ago, "an unprecedented change in gas supply and transportation routes that, combined with market instruments and price formation that were not prepared for supply shocks, exposes European consumers and businesses to a manifest risk of further episodes of economically damaging gas price hikes".