The president of the European Commission, Ursula von der Leyen, stated this Wednesday that Brussels is "prepared to discuss" a cap on the price of gas used to generate electricity, similar to the Iberian exception scheme, with the intention of lowering its impact on price increases. 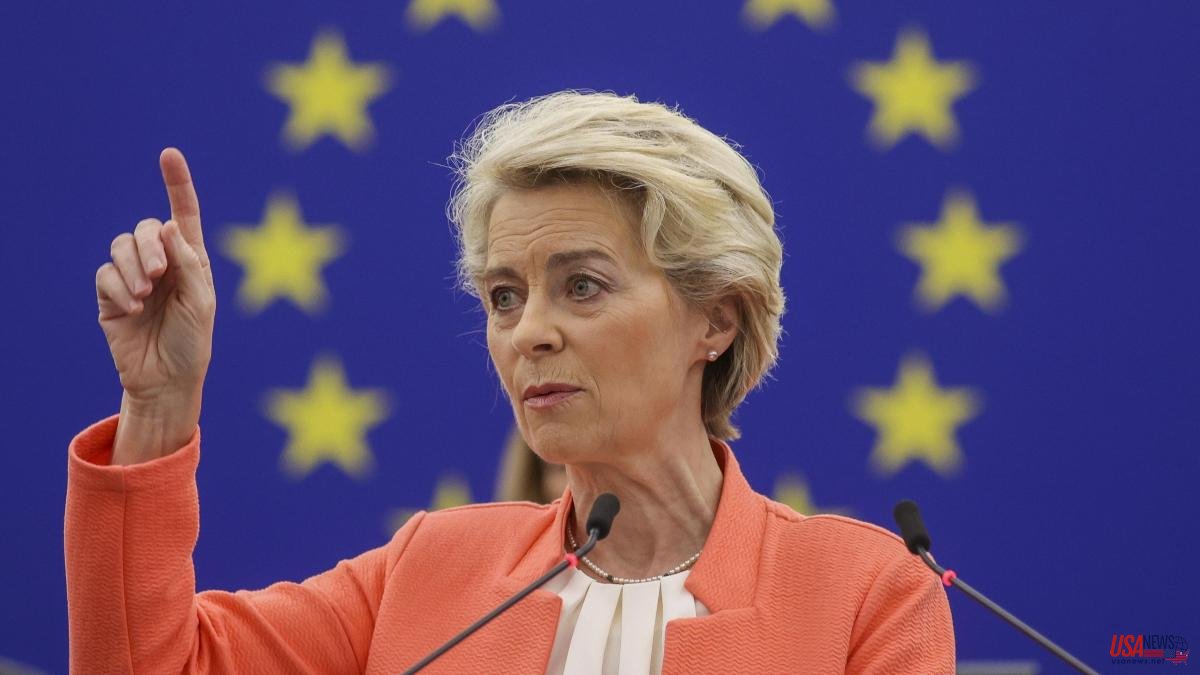 The president of the European Commission, Ursula von der Leyen, stated this Wednesday that Brussels is "prepared to discuss" a cap on the price of gas used to generate electricity, similar to the Iberian exception scheme, with the intention of lowering its impact on price increases. The measure, which will transfer these days to European leaders, would be temporary and at a community level, seeking unity of action.

The cap "must be designed correctly to ensure security of supply," he said. "This cap would be a first step on the way to a structural reform of the electricity market," von der Leyen told the European Parliament in Strasbourg. The leader will send a letter to the heads of state and government of the EU ahead of the summit tomorrow and the day after in Prague in which she will collect the proposal to temporarily limit the price of gas. She also puts on the table the need for a platform for the joint purchase of energy, as Spain requested in its day.

The temporary character would be given until an alternative to the TTF Dutch gas index of Amsterdam, a reference in Europe, is found, since it does not correctly represent the continental market, with a greater presence of liquefied natural gas (LNG). The new index should "ensure a better functioning of the market."

Von der Leyen recalled that Brussels had already offered this option in March to "send the signal that the EU will not pay any price for gas", and pointed out that even then it was assessed that it would have "an immediate impact on price levels " and, in parallel, "disadvantages" in terms of security of supply. "The situation has critically evolved. Today, compared to March, more Member States are open to this and we are better prepared," he said.

In this sense, the announcement comes after a majority of the countries of the European Union, with Spain, Italy, France and Belgium in the lead, redoubled last Friday the pressure on the European Commission to intervene in the gas market despite the opposition from Germany, Denmark or the Netherlands. In the midst of the controversy over the large German support plan for their industry and consumers to protect them from rising gas prices, Von der Leyen appealed for unity. "Without a common European solution, we risk fragmentation," he said.

In response, she is in favor of increasing the financing available within the Repower EU program -proposed by Brussels with the aim of reducing dependence on gas, oil and coal from Moscow and reinforcing the bloc's energy sovereignty- "so that all States members can accelerate the necessary investments".