Brussels, on the trigger for its plan to stop the gas: dangerous for some, insufficient for others

The European Commission did not believe it was possible to build consensus around a formula to cap the price of gas, but it has succeeded, although not exactly in its favor, rather against it. 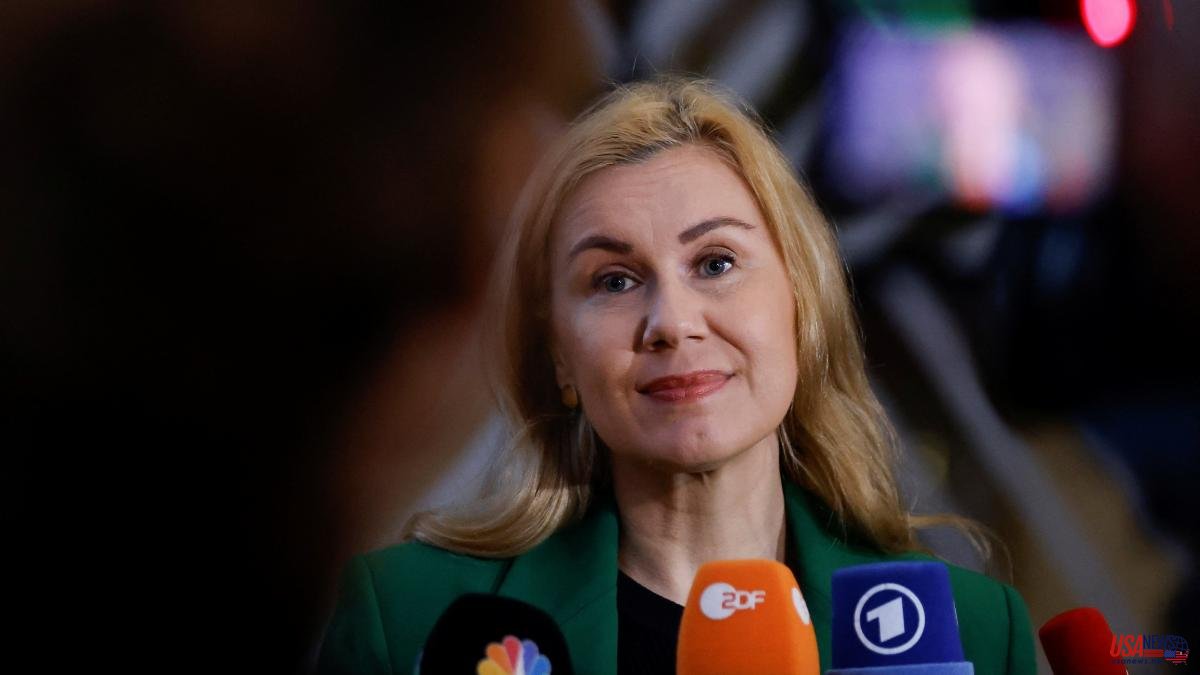 The European Commission did not believe it was possible to build consensus around a formula to cap the price of gas, but it has succeeded, although not exactly in its favor, rather against it. His plan to temporarily limit the price of gas to a maximum of 275 euros per megawatt hour if it is registered for 15 days in a row, a figure at the top of the historical record table for this summer, has aroused almost unanimous rejection from all countries.

Dangerous and unnecessary for some, inapplicable and insufficient for others, the proposal of the executive chaired by Ursula von der Leyen that the European energy ministers will debate today has not left anyone indifferent. The disappointment over the formula proposed by Brussels, which recognizes that the cap would not have been activated even this summer, when historical records were reached, has led the fifteen countries that signed the letter requesting a gas cap to agree this morning leave the other two anti-crisis measures on the table "frozen" until the Commission presents a new proposal.

"We should adopt all three things simultaneously and avoid the mistake of adopting two partial proposals and leaving in uncertainty the question of how to address the cap on the price of gas, which is the origin of the problem", said the vice president for the Ecological Transition , Teresa Ribera, upon her arrival at the extraordinary meeting of European Energy Ministers, the fourth convened since July, after the meeting between the representatives of the 15 countries that are demanding a true cap on gas from the Commission (Belgium, Bulgaria, Croatia, Slovenia, Slovakia, Spain, France, Greece, Italy, Latvia, Lithuania, Malta, Poland, Portugal and Romania). The formula proposed by Brussels will encourage a rise in prices, instead of containing them, said Ribera. "This is a sick joke."

The Spanish government, however, considers it positive that there is a proposal in this regard on the table and intends to negotiate new conditions for its activation, a battle in which it has the support of France, Italy and Belgium. Paris, for its part, continues to demand a proposal from the European Commission to extend the so-called Iberian mechanism to other countries. "He has a very clear mandate from the European Council and he would do well to fulfill it point by point," said Minister Agnès Pannier-Runacher.

At the other end of the debate are northern European countries such as Germany, which had accepted the idea of ​​setting a maximum price range but continues to demand guarantees that it will not endanger the supply, something that is still unclear, the Netherlands and Denmark. The proposal is "a very bad idea", "unnecessary and dangerous" and puts security of supply at risk, alarmed diplomatic sources from these countries affirm. "That's why we didn't want the Commission to present anything," they protest.

The Czech presidency of the EU, which this semester moderates the Council's debates, was preparing this morning for a "spicy" meeting. "Before we had a problem because the European Commission had not made its proposal" on the cap on the price of gas" but "now we have it because it has presented it", summed up the Czech Minister of Industry, Kosef Zikela. Other urgent initiatives that Today the ministers are debating the solidarity regulation, which includes joint gas purchases, and a plan to accelerate the deployment of renewable energies.The Czech presidency intends to reach a political agreement today on both measures but everything indicates that there will not be enough support before the pact of a large group of countries not to give them the green light until there is another text on the gas cap.

The European Commissioner for Energy, Estonian Kadri Simson, has urged member states to reach a political agreement on these proposals. "The discussions have shown that there is broad support for these measures," both joint gas purchases and solidarity agreements, she insisted, surprised by the threat of a blockade and the general rejection of her gas cap proposal.

The Spanish government, however, has serious reservations about the new authorization system for renewable energy projects and wants to specify the conditions under which the granting of permits can be accelerated. "We are concerned that it introduces great legal uncertainty about why renewable energies at a certain moment present a general interest that is superior to environmental protection," said Ribera, who believes that the text can lead to great litigation between promoters, local authorities and environmental defenders.