The draft budget for Spain "adjusts to the budget guidelines contained in the Council recommendation", the European Commission concluded today after verifying that the plan complies with the recommendation to maintain a neutral fiscal position and limit current spending below the growth potential of each country. 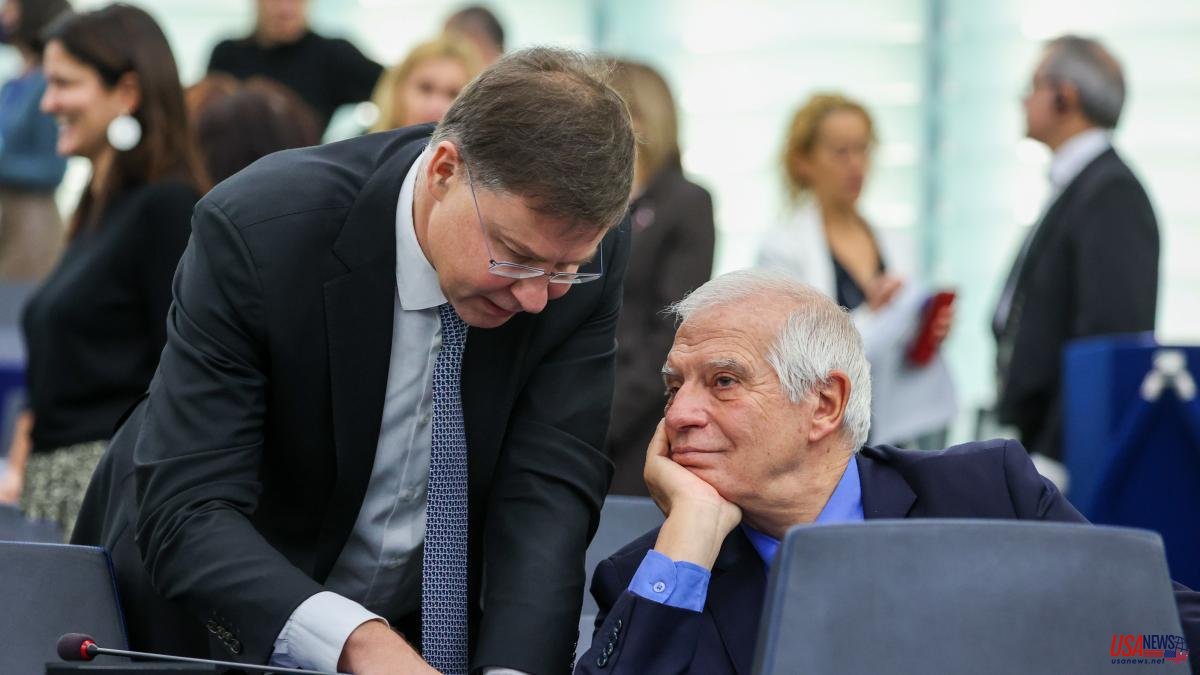 The draft budget for Spain "adjusts to the budget guidelines contained in the Council recommendation", the European Commission concluded today after verifying that the plan complies with the recommendation to maintain a neutral fiscal position and limit current spending below the growth potential of each country.It is a symbolic green light, since the stability pact is suspended until 2024, which comes accompanied by a generic recommendation for countries with a high level of public debt: restrict measures against the energy crisis to the most vulnerable consumers and avoid generic initiatives as much as possible to avoid budgetary imbalances.

The European Commission warns Spain and other countries that, although a priori they will comply with the Ecofin fiscal indications, in the event that prolonging the measures adopted this year in response to the rise in energy prices or approving new anti-crisis measures "would contribute to a greater increase in net current spending" and an "increase in the deficit and debt forecast for 2023".

"It is important that Member States focus such measures on the most vulnerable households and most exposed companies to maintain incentives to reduce energy demand, and that these be withdrawn when price pressure decreases," underlines the community executive in its balance of the Autumn Package of the European Semester regarding the budget plans of Spain, Belgium, France, Greece and Portugal.

"In 2023, in accordance with the forecast of the EC and the information contained in the draft budget for Spain, we calculate that the growth of spending financed with national means will be below the growth potential in the medium term", he is pleased to note the community executive, as it is in line with the recommendation issued by the Council of European Economy Ministers last July. Spain "plans to finance other investments through the recovery and resilience plan, and other European funds," says Brussels, referring to projects related to digitization and energy transition.

His only warning: the emergency measures were approved to respond to an emergency situation and a prolongation of these could lead to an increase in the deficit and debt in 2023 above what is recommended, a scenario that the European Commission recommends avoiding. "It is important to focus these measures on the most vulnerable households and the most exposed companies, maintain the incentives for the reduction of energy demand and withdraw them when the pressures due to the price of energy decrease," the document concludes.

Although this risk is especially worrying in the case of countries with high public debt, it does not exclusively affect Spain. On average, at a European level, only 30% of the anti-crisis measures approved by governments to respond to the energy crisis can really be considered "focused" on the most vulnerable, the economic vice-president of the European Commission, Valdis Dombrovskis, has warned in a press conference broadcast from Strasbourg.

The community executive warned last week in its autumn economic forecasts that the European economy is "at a turning point", on the verge of a recession since this last quarter of the year which, however, it expects to be short. The forecasts for Spain, one of the countries that has grown the most this year, warn of a sharp drop in growth, from the 3.2% expected for 2022 -a higher figure than initially expected- to 0. 3% in 2023.

Dombrovskis has explained that the community executive will not rule on the Italian budget until Giorgia Meloni's executive presents its plans but has warned that public spending is growing faster than recommended in Belgium and Portugal and has requested additional containment measures to Austria, Germany and the Netherlands, among other countries. Too much support, Dombrovskis has argued, will fuel inflation and complicate the task of the European Central Bank, which has raised interest rates precisely to contain rising prices.