Atlético continues to get complicated in the Champions League. 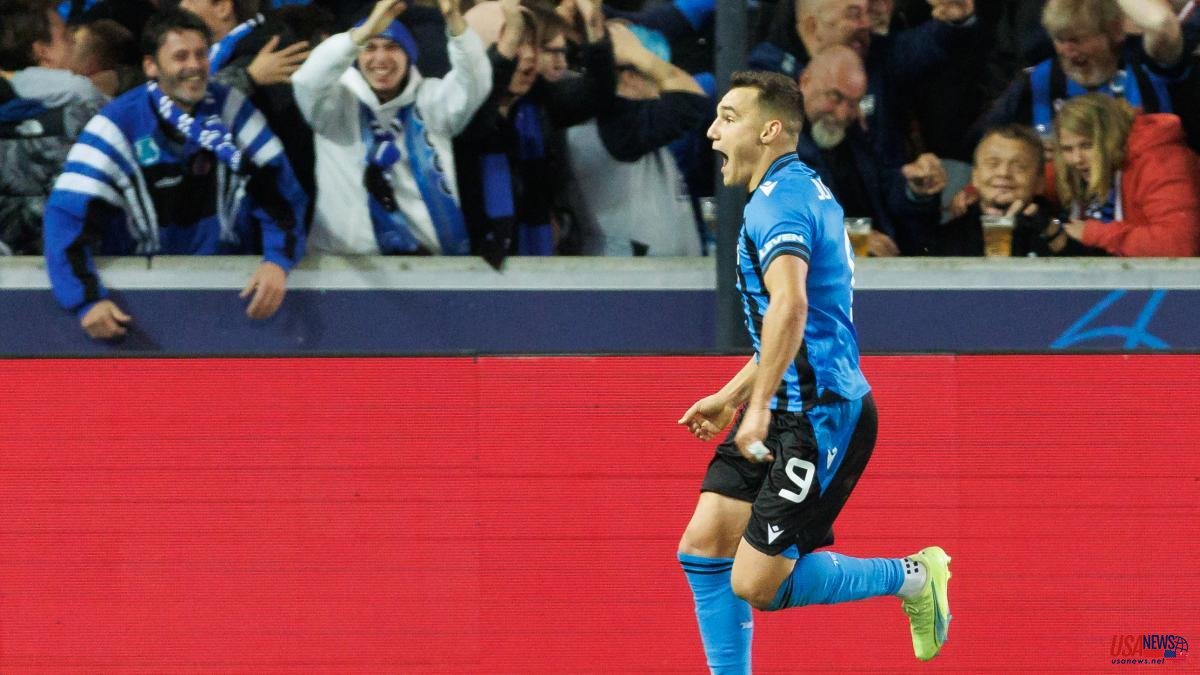 Atlético continues to get complicated in the Champions League. To his defeat on the second day in Germany against Bayer Leverkusen (2-0) he added a second setback tonight when he fell (2-0) against Bruges, the surprising leader of the group that has won its three games.

The colchoneros promised them happy because they came from a convincing victory at Mestalla but in Belgium nothing went well for them in a nervous game, played with little control and in which Bruges moved with more danger and tactical intelligence in a scenario that they like , a little elaborate game and from area to area.

The novelty in Simeone's eleven was the presence of Griezmann from the start, who formed a pair with Morata, which gives an idea of ​​the importance that the Argentine coach gave to the game, this season for the first time questioned.

The game so back and forth meant that there were opportunities quite early. Atlético, who suffered the injury of Marcos Llorente, replaced by Correa, had the best in Morata's boots, who failed a one-on-one with goalkeeper Mignolet, many years at Liverpool.

Ten minutes later, in the 36th minute, everything got complicated for Atlético when Brugge scored in a great play by former Barcelona player Ferran Jutglà, a wall with Sowa and an assist to the Ghanaian player himself who only had to push the ball into the net. Jutgà has found in Bruges the ideal space for him. He has eight goals and seven assists for the Belgian team.

For the second half, Simeone released Kondogbia and left Uruguayan central defender Giménez in the dugout. But the night looked bad for the colchoneros and in minute 47 Oblak saved the second goal with a great save from a shot by Jutglà, clearly the man of the match.

Atlético's second goal fell definitively in minute 62. At that time, Bruges were the clear dominator. The play was by Buchanan, who gave a delayed pass towards the center where Jutglá appeared to score with a shot close to the post.

Simeone changed Morata for Cunha and Atlético went on the attack with everything. In the 75th minute, Atlético had their chance to get back into the game with a penalty for Nielsen hitting Cunha in the calf. Griezmann crashed the shot into the crossbar and on the next play the Frenchman did score but the referee annulled the goal for offside. And Atlético tried until the end, but ran into Mignolet, author of two good saves in the final minutes.

Atlético returns from Belgium touched. Their only good news came with Porto's victory over Leverkusen, which left Atlético, Porto and Bayer level on points in the fight for second place.