Americans aren’t the only ones suffering from high inflation rates. 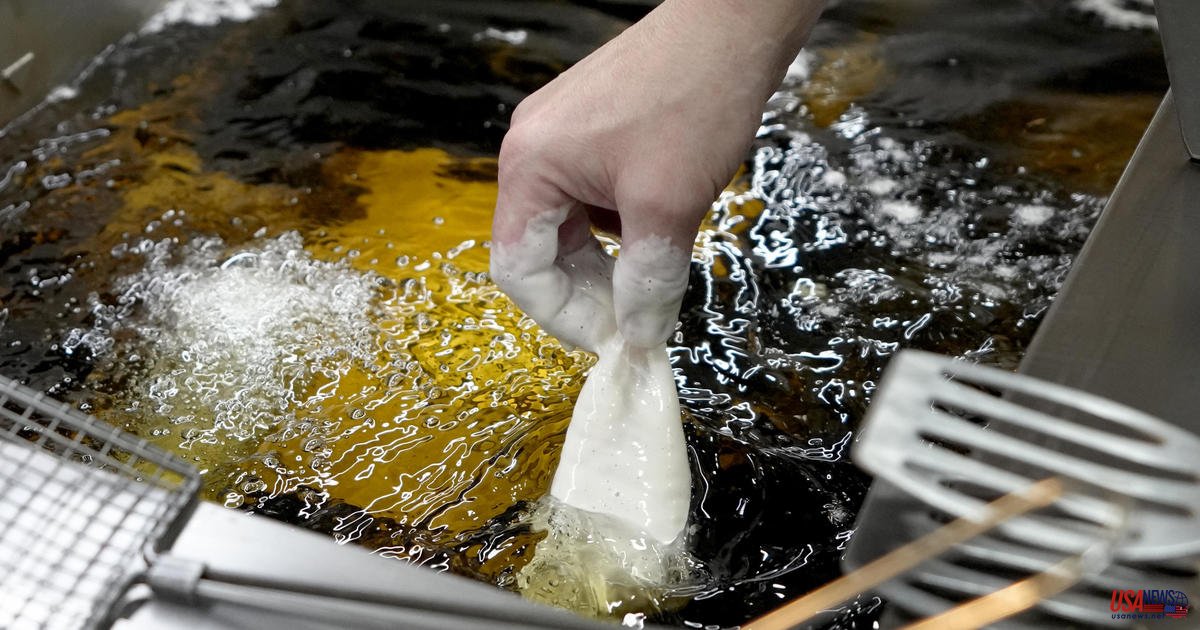 Richard Pickering is the Director of Kennedy Fish and Chips London. He says that the rise in ingredients costs due to Brexit, COVID-19 and war in Ukraine has increased prices by 25 to 30%.

Pickering stated that most of the supply comes from Ukraine or Russian Steppes and that there is not enough at the moment," Roxana Saberi, CBS News foreign correspondent, said.

He said that he hopes the fish-and-chip industry will continue to thrive despite high prices.

He said, "It survived two world wars and thrived." It's going to prove difficult, and there will be casualties.

CNN Business reports that his establishment is just one of the approximately 10,000 fish and chips restaurants in the United Kingdom. Andrew Crook, President of the National Federation of Fish Friers told CNN that a third of these restaurants could close within the next nine months because of rising ingredient prices.

According to the Associated Press, Britain's inflation rate reached a new 40 year high of 9.1% in the 12 months prior to this May. The AP reported that the U.S. consumer price index climbed 8.6% in May, which was its highest increase since 1981.

UK residents claim they feel inflation's effects beyond their own plates. Many people pointed out the rising prices of gas, electricity, and heating oil in the country. Saberi was told by a woman that she uses a blanket when it's cold to keep warm, rather than turning on the heating.

Stephanie Flanders, a Bloomberg economist and journalist, stated that the UK is dependent on imports from other countries. It can cause ripple effects in the USA. It can contribute to a volatile global climate.

Railway workers went on strike as wages have fallen behind. Protesters called for additional assistance from the government.

"How can we expect to put food on the tables, or shelter our heads?" A protester asked.

Food banks also struggle to keep their shelves stocked amid the crisis. Some residents grow their own food to sustain themselves.

Saberi was told by Keith Meakin, a volunteer at the National Allotment Society. "People are realizing how important it is to be able to grow their food and how they can cut their family budgets." It all adds up, and it's a huge help.