Brett Morgen: "David Bowie is more current and relevant today than when he emerged" 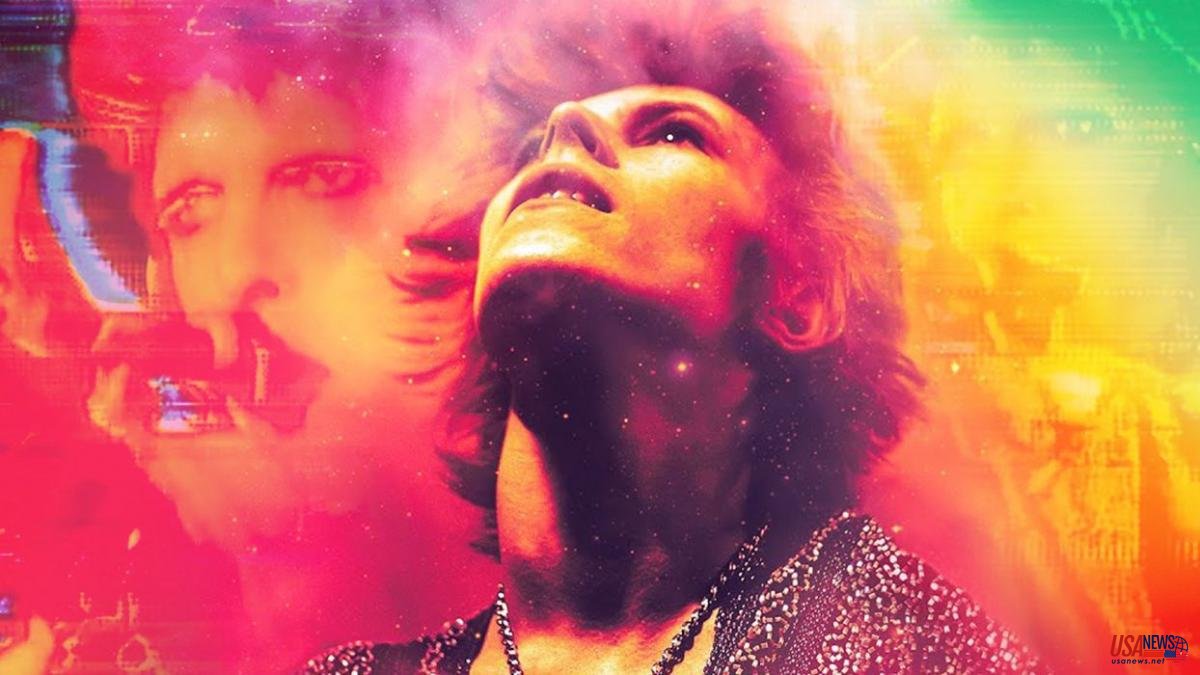 More than two decades ago he earned an Oscar nomination for Best Documentary with his second feature film On the Ropes and in 2018 he won the Emmy for Best Director of a Documentary with his work on ethologist Jane Goodall. And although he hasn't done badly between one award and another, never has a film by American Brett Morgen received as much attention since the day it debuted at the Cannes Film Festival as has been the case with Moonage Daydream. It is that, as he himself explains in this interview, he never intended to narrate the life of his absolute protagonist, David Bowie, in a traditional way, but rather to reflect his way of understanding art in many of the disciplines in which he excelled. through an immersive experience.

How difficult was it to convince others to help you make this film?

It was very difficult because my proposal was essentially to create an experience. It wasn't a story in the traditional sense, aside from Moonage Daydream having a plot. But I wanted to break with traditional models, for it to be more like a visit to a planetarium than what is expected of a documentary. Many to whom I proposed it did not understand what I was talking about. I only felt that they could understand it when the David Bowie exhibition opened. I saw it in Brooklyn, and when I came out I called the administrator of David's estate and told him that I knew he didn't understand what I wanted to do, but that I had visited the exhibition and for me it had been like stepping into my movie. The truth is that I spent almost my entire career making biographical documentaries and when I finished Cobain: Montage of Heck in 2015 I felt that I had explored everything in the genre. I always felt that what excited me about cinema is its immersive component. And that's why I wanted to reconfigure the cinematographic space so that the viewer could have an intimate and sublime experience with our favorite artists. I was interested in putting aside the data and the talking heads and pointing to what is better to experience than to explain. That was my look when I contacted the administrators of the Bowie estate, and they understood that this type of setting is much more appropriate for telling the story of him than a simple biography.

It is also that Bowie's own words are not enough to explain who he was...

It's true. Bowie cannot be defined, but it can be experienced. And one of the virtues of the way he approached his art is that he very rarely tried to explain his creations, and he did so by choice. There is a very interesting interview that Nick Roth did to him before the release of Ziggy Stardust and in which Nick asked him if it was a concept album about an astronaut, to which Bowie said no, it was a gas. And he explained that he used the terms "space age" and "ray gun" in one or two songs and that was it. That those who listened to the album would understand it. And that for me is the key to understanding Bowie. To appreciate his genius, you have to know that he was able to create art that resonated with us in such a profound way that we don't need to know what his intentions were, and that's not always the case with other artists. He was interested in creating artistic expressions that could be received with infinite possibilities.

Why did you choose not to interview anyone for the film?

Because I thought this was going to be David's story. There are several documentaries and books in which his collaborators were interviewed and tried to define him, and I preferred that he be the one who told us his own story.

What surprised you most about your research?

How precise was his way of approaching his art and how he designed his life to get the most creative stimulation possible. She had no idea how wise Bowie was in his philosophy of life.

I imagine he must have had to go through a ton of material to choose what to use...

That's right, it took me two years to see everything I had filmed of him and they were the best two years of my life because I had nothing to do but go to work every day to sit and watch David Bowie. The problem was when I had to start writing and I couldn't even remember what I had seen two years before. The hardest part of the film for me was writing the script. In the past, like the documentary I did on Jane Goodall, I wrote the script in 3 days and the Kurt Cobain script took even less. It's just that I investigate everything I need until I'm about to explode. In this case I had planned to write the script in a week and then start editing. But I spent 8 months with a mental block that did not allow me to move forward. I didn't know how to write the experience because all my previous films are very linear. And in this case I wanted the audience to be unaware of the narrative until the film had progressed. That's why the first 20 minutes are drenched in mystery. The truth is that at a certain point I got fed up and imitated David. I left Los Angeles to find another place to write. I traveled to Albuquerque and took a train. And as soon as this started, I wrote the script in about 3 hours. Through Bowie I learned the importance of changing what surrounds you and always being in transit.

Why do you think Bowie continues to be relevant?

Because I don't think there is an artist of his time in popular music that we can identify with so much today. In the world we live in, the idea of ​​gender fluidity and what he thought about race, culture and art are a reflection of the current moment. My hope is that young people don't feel like this is a movie about their grandparents but about someone they can deeply understand and connect with. I think Bowie is truly unique in his ability to emerge from the 1960s, which, to be honest, is a time that doesn't necessarily sit well with today's youth. But Bowie was bold and fearless, and that's why he went where no one dared at his time. That is why I think he is more current and more relevant today than at the time he emerged as an artist.