Break the triple barrier: woman, artist and from a rural area

“With the projects that I have submitted to a call, I only get to pay for the material I work with. 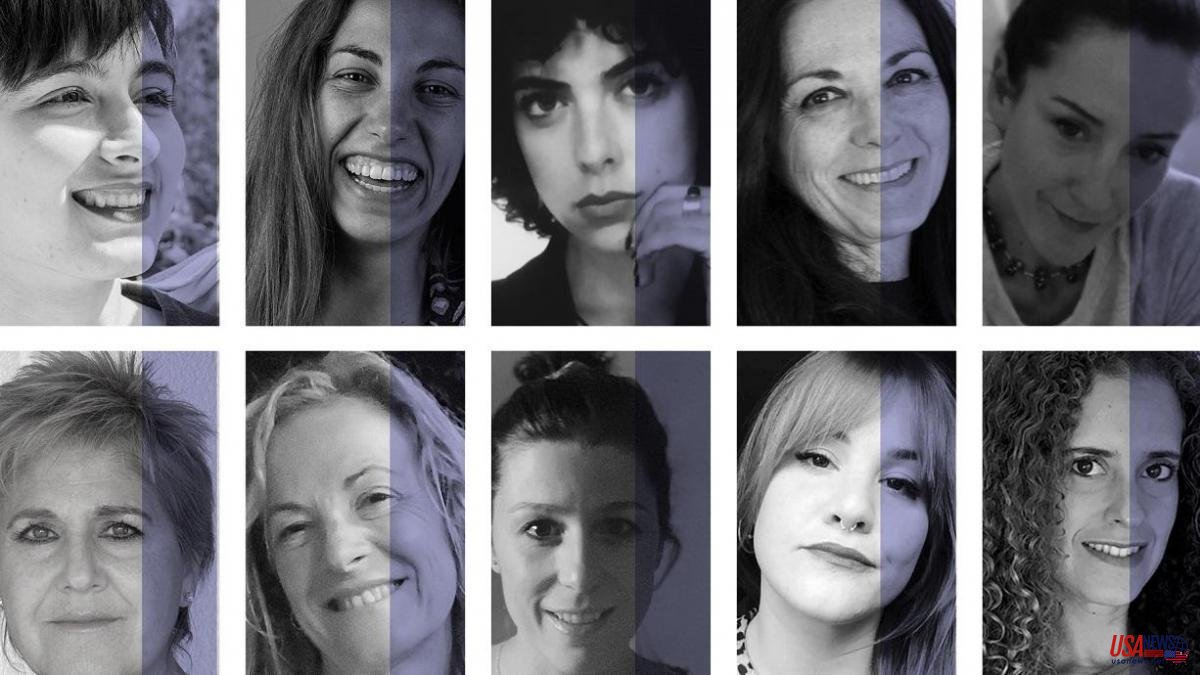 “With the projects that I have submitted to a call, I only get to pay for the material I work with. I can generate work, but I do not charge for the hours invested. It's all very precarious. Also, when you are a beginning artist, many things happen to you”, explains Virgina Jordá.

This young 27-year-old artist remembers when they called her from a gallery telling her that they wanted her to exhibit, they even gave her a date. She bought all the material and started the assembly, but the days went by and no one called her. “They told me that finally it couldn't be and I kept all the work without exhibiting at home and I didn't see a euro”.

She says that it is complicated for a new artist to know what her rights are and how contracts and the relationship between galleries and art centers and exhibitors work. All these anecdotes, but also the good moments and the milestones reached (on June 4 he will participate in Altea's Nit de l'Art with an interesting project on sexual assault) have been shared by Jordá with Sari Miró, another artist who, At 69 years old, he has been dedicated to the world of art for five decades. Miró has experienced in first person the difficulties of a woman to dedicate herself to art.

Both creators are part of the DAR (Dones Artistes Rurals) project that works with women visual artists from the Valencian Community who live in rural areas and which, as its director, Clara Albacete, explains, aims to empower female creation beyond the big cities .

Albacete, dedicated to the management of cultural projects, explains to La Vanguardia that “women are light years away from being visible as they should, especially in art and in rural areas, even more so. You don't see them, there are hardly any creative spaces in rural areas”, she indicates.

Virgina Jordá is blunt: “The fact of being a woman affects everything; in the artistic sector almost all the exhibitions are of men”. Sari Miró, for her part, explains that, when she was young, her friends got married, had children “and stopped working”. She never left her passion, although she admits that she had to combine it with taking care of the little ones.

Living outside of a big city is also a handicap. Miró says that living in Alcoi was not the same as living in Valencia. “In my time there was no internet and if I wanted to see art I had to go to Valencia, and I didn't have a car”. She remembers that she was a visiting student at the Faculty of Fine Arts in Valencia and took advantage of each trip to attend conferences and exhibitions. "At lunchtime I went to the library to learn about new artists and techniques."

Living away from big cities continues to be an impediment. Jordá indicates that "you have to go to Alicante, Valencia, Madrid: I have traveled a lot to the capital because it was the only opportunity to find people who might be interested in my work." He remembers that, after a year without opportunities that even made him rethink his career, he did a master's degree in Madrid and, in just a few months, he got many offers.

With the aim of breaking down this triple barrier –“being a woman and an artist and residing in a rural environment supposes a triple difficulty to develop professionally”, explains Clara Albacete- this project has arisen. Dones Artistes Rurals won a call from the Consorci de Museus de la Comunitat Valenciana and, after the success of the first call in which they worked with artists from the Mancomunidad La Serranía, it has already been included in the consortium's programming.

And what does the program offer? Its promoter points out that "being an artist does not imply knowing how the art market works, its professional orientation and its managing part". As Virgina Jordá's experience portrays, “many times they take advantage of us. They rip us off quite a bit."

And it is that, Albacete clarifies, "the artist is fundamentally dedicated to his creative part and faces a totally unknown world of work". Jordá did not know how to bill or make a contract. For his part, Miró had, due to his age, a lack when it came to dealing with new technologies and, due to his training, he also had difficulties when elaborating his artistic discourse to convey to the public the message he wanted to convey with his work.

Along these lines, the project works with rural women artists, promoting their personal and professional development through training sessions. In addition, their artistic production is disseminated and promoted and, when the program ends, explains Albacete, "we continue to work with them: they have the consulting service available and the first year we carry out training workshops."

Along these lines, this year a branding course has been given so that creators can generate their own brand, a tool that both Jordá and Miró consider essential today for an artist, since this is still a brand.

But apart from the formation and dissemination of the works, the third pillar of the project is to generate networks among the women artists of the environment for the development of community projects.

Jordá explains that the invisibility is so great that not even artists from the same area know each other.

Albacete places a lot of emphasis on this creation of collaboration networks. In fact, it explains that, after the celebration of the first edition, the artists created a Rural Women Artists collective of the Serranía region of Valencia with the aim of "promoting and promoting activities related to art within the rural environment, as well as make visible the women artists of the region”.

These types of advances are what the initiative seeks. The director of it says that more and more houses of culture hold exhibitions with women and even sell works, "when that was unthinkable before."

However, he believes that the project can continue to grow and help combat phenomena such as depopulation, making visible a talent that is still hidden because it is far from the great cultural centers.