The exhibitions that Josep Casamartina i Parassols has organized in recent years at the MNAC, the Museu de Cerdanyola and the Fundació Palau have recovered the figure of Ismael Smith (1886-1972), an artist with two opposite faces, from oblivion. 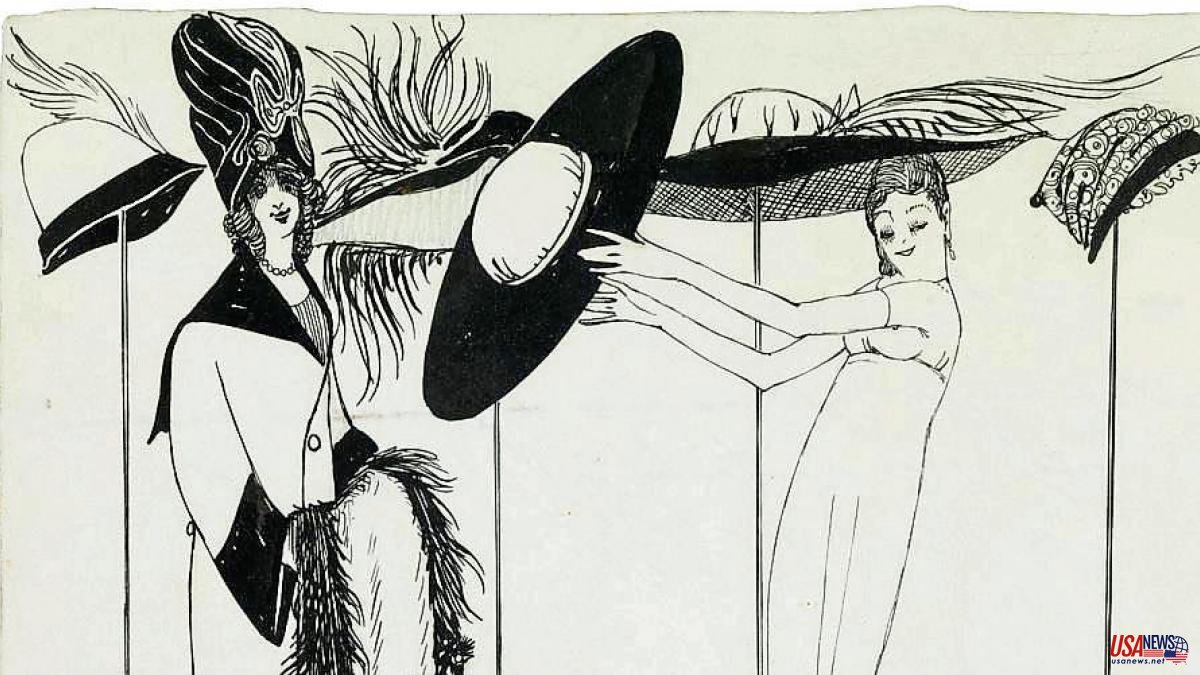 The exhibitions that Josep Casamartina i Parassols has organized in recent years at the MNAC, the Museu de Cerdanyola and the Fundació Palau have recovered the figure of Ismael Smith (1886-1972), an artist with two opposite faces, from oblivion. On the one hand, he was a great cartoonist, linked to the cultural project of the Lliga, a dandy. His stylized character drawings, published in Papitu magazine, are gorgeous: 1910 moderns.

In his last stage, in the United States, crazy and obsessed with curing cancer, he modeled monstrous faces, covered with colored enamel. At the Fundació Palau there is a talk, in an enraged red, which reminded the poet Palau i Fabre of The Mask of the Red Death by Edgar Allan Poe. In the poster and in the catalog of the MNAC exhibition, Casamartina chose another: a kind of greenish quixote. Rarely have beauty and monstrosity appeared in such contrast in the work of an artist. Unlike many authors of the so-called art brut, Smith's final work is hardly digestible by the artistic system.

Sebastià Portell (Ses Salines, Mallorca, 1992) has taken the figure of Smith to write a novel that represents a change of register. Until now, his narrative had a biographical journey, with plots that referred to love and sexual experiences, more or less personal, more or less filtered by imagination and fantasy, ultimately, by literature. In this ambiguity, with an avant-garde and daring formal cut, he had found his place. Ariel i els cossos (2019) is an important book. He made himself known, sonorously, with The Day David Bowie Will Die (2016).

Outside this space, which he dominates, he has undertaken a project that points in another direction. Smith was an artist with a very complex psychology. At one point in the novel, when he is part of the Els Refinats group, along with Marià Andreu and Néstor Martín Hernández de la Torre, Portell says that he was going to look for men at the port. If you have seen the nudes that he drew in the United States, you understand that things were not going well: some women with muscular legs and gentleman's biceps, you do not know if they were drawn expressly or inadvertently (with the libido directing the unconscious play).

We cannot speak of a gay novel. Portell deposits psychological layers to offer the reader an artist's lasagna. The figure of the mother has an important weight. Smith, as a child, was ill with meningitis, and the mother took him in her lap. He also weighs the suicide of his father, who in 1898 lost the businesses in Cuba and the Philippines, when the Americans won the war.

The tortuous relationship with the brothers weighs. And, above all, his failure as an artist. As appreciated as he was for his drawings, with the sculpture he got nowhere. Probably because his works were lewd and not to the liking of the institutions that commissioned them and that, once finished, avoided having to exhibit them.

I see a downside to this new book: not being radical enough to approach the biopic in a more modern way and, possibly, more appropriate to the turbulence of the story and the abysmal depth of Smith's trauma and madness. From an author who has written Ariel i els cossos, you expect something more than a thematic novel such as those written by Pilar Rahola, Enric Calpena or Tània Juste. It's not exactly a flat story. But the writing is shy. I cite as an example the long episode of the gossipy neighbor, in Irvington, in the State of New York, or the pages about the Catalan maid of the family.

It is only partially compensated for by the chapters dedicated to bohemian Barcelona – when, with his friends, Smith ate bread and drank champagne – and the final denouement, which makes you feel the vertigo of unreason. And, above all, the enthusiasm that Portell transmits in everything he does. Smith already has his novel and many, who did not see the exhibitions, will take advantage of it to discover him.