Brazilian literature asks to go beyond its borders

When Tatiana Salem Levy traveled to Barcelona a few months ago to promote her latest novel, Vista Chinesa (Asteroid Books), in which she recounted the rape of her friend, she was surprised to find that Brazilian literature was seen as exotic. 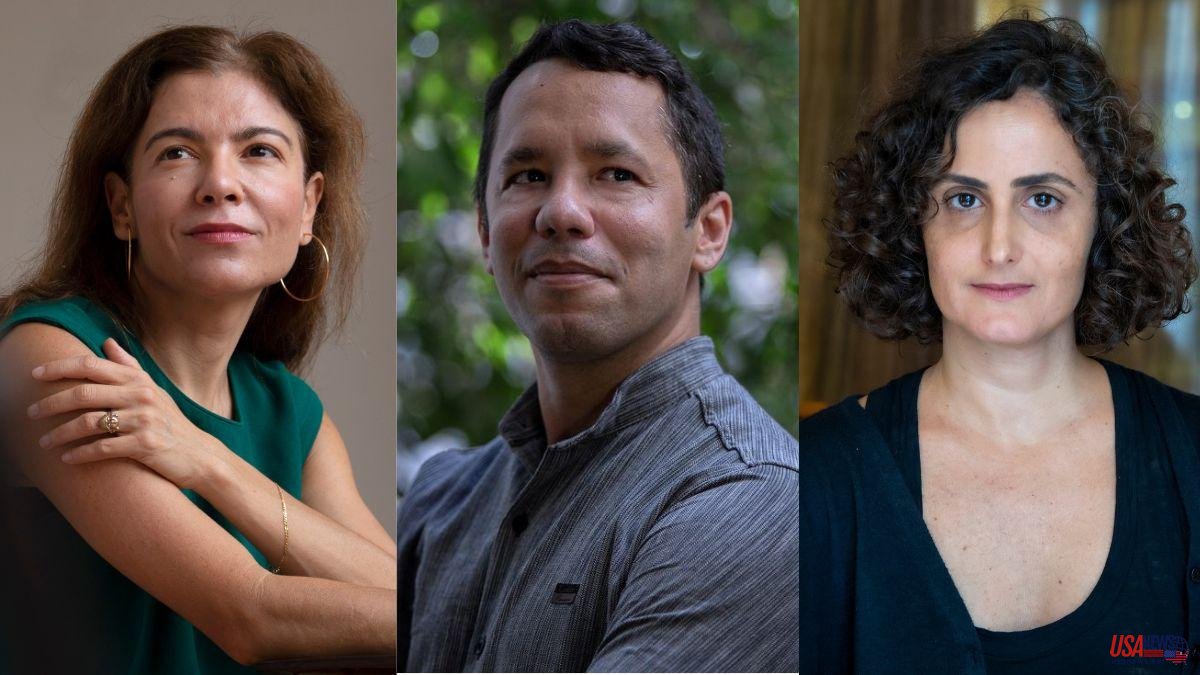 When Tatiana Salem Levy traveled to Barcelona a few months ago to promote her latest novel, Vista Chinesa (Asteroid Books), in which she recounted the rape of her friend, she was surprised to find that Brazilian literature was seen as exotic. "I don't think it's something exclusive to there. It happens in other countries but my hope was another. They are always found on the shelf of Portuguese literature. Sometimes, if the establishment is more specialized, they specify literature from Brazil. But almost never these readings are intermingled with other more universal books. No matter the genre, if it is a story or a thriller, they are always dispatched to a distant section. To get to a book on Brazilian literature, you have to be interested in Brazil beforehand, otherwise you will hardly get to it”, laments the author.

A very similar opinion is held by Martha Batalha, also a writer: “It's simply a matter of luck” because, she admits, “there are many new and very good ones, but one of the main difficulties is the language. If you write in Spanish, your market is bigger, in English you have almost the whole world but in Portuguese the margin is smaller. And it doesn't help that, in this sense, the relationship between Brazil and Portugal is not as fluid as it should be”. The author became one of the most promising in the country with her first novel, La vida invisible de Eurídice Gusmão (Seix Barral, 2017), an international success whose film rights were sold before being published in Brazil. Its adaptation was shortlisted for the Oscars and won the award for best film in the 'Un Certain Regard' section of the Cannes Film Festival in 2019. Recife's now lands in Spain again, by Seix Barral, with A castle in Ipanema, which covers a century of the history of a family originally from Sweden and installed in Brazil after the patriarch, Johan Edward Jansson, who really existed, was sent as consul.

Despite feeling satisfied with the visibility she has achieved with her work, the writer acknowledges that there are many factors on which someone's work is known or not. In her case, she specifies, “I feel very lucky that Rosa Martínez-Alfaro took my text into Spanish. There are not so many Portuguese translators, and even less so the one from Brazil, and I remember that when she gave me her text, I felt that she captured the soul of my book”.

Martínez-Alfaro received the Giovanni Pontiero award in 2018 precisely for Batalha's first novel. Like the rest of the interviewees, she thinks that "we are missing out on a brilliant and very interesting literature and, despite the fact that more novelties are arriving than before, it is still quite invisible, with the exception of well-known names such as Paulo Coelho, Clarice Lispector, Jorge Beloved or Joaquim Machado de Assis”. A note on which Martha Batalha reflects: “I love all these authors. I love Jorge Amado and he is a very important name in our literature but he wrote books seventy years ago. It worries me that there is such a large gap in copies between those times and the current ones. I think this is something that those of us who arrived are realizing and that is why we try to make our way, even if it is by elbowing”.

Those who have delved into the most recent Brazilian letters will realize that, in general terms, they deal with much more diverse themes than their predecessors. “It is evident that there are many more women than ever writing. And I don't think that they weren't there before, but simply that authors weren't given the opportunity to publish. The same happens with writers of African descent, who have also broken their silence and are beginning to have the visibility they deserve. These two groups have a lot to say and can finally say it, which guarantees that new points of view are spoken and new conclusions are reached in many terms”.

Itamar Vieira Junior is an example of these new voices that are here to stay. Since he published his first novel, Torto Arado, which will soon arrive in Spain and in which it shows the inequality and slavery that still persist today in the most remote rural areas of Brazil, the author has prepared himself to conquer the world. He had the means, since it was impossible to deny him such growth after the sales success achieved in this country. And it is that in the first months since its publication it managed to sell more than 100,000 copies, of which 70% in just three months. To get an idea of ​​the magnitude of his triumph, normal sales for a novel by a Brazilian author in the South American giant are between 3,000 and 5,000 copies.

To come across such figures, one must look back several decades, with one exception in 2019 when Chico Buarque published Those People (Random House Literature). Of course, it must be taken into account that Torto Arado sold in those three months half of what the singer-songwriter sold in a whole year. "This was unthinkable a decade ago," explains Martha Batalha, who does not hide her hope that "something is changing."

Vieira also thinks so, although he points out that “it would be boastful to consider Brazilian literature inclusive. Great strides have been made but there is still work to be done. There has been an intense debate about structural racism and the legacy of slavery in recent years and we have begun to listen.

By way of conclusion, all of them are convinced that these new voices, which are gradually making their way into the country, will do so with greater force if they manage to gain a foothold in other countries. "Give us time."