As soon as they enter A Conjunction of Factors, the retrospective that Macba dedicates to the Brazilian artist Cinthia Marcelle (Belo Horizonte, 1974), the visitor will have to make a first decision. 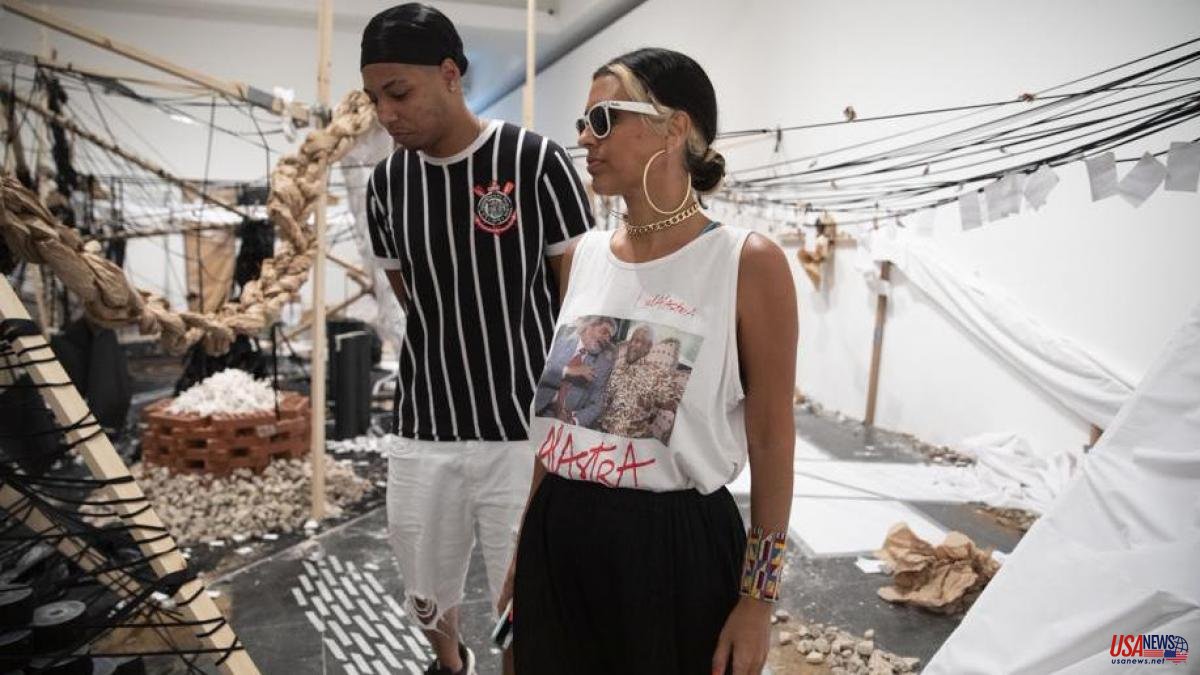 As soon as they enter A Conjunction of Factors, the retrospective that Macba dedicates to the Brazilian artist Cinthia Marcelle (Belo Horizonte, 1974), the visitor will have to make a first decision. If you head to the right you will find a room divided in two by a barricade built with humble materials stacked neatly: matchboxes, smoke grenades, pieces of cloth, rolls of plastic, boxes of chalk, duct tape, string, ribbon, pens. of chicken, barrels of earth... On the left, those same materials, in identical quantity, explode in another room generating an apparent chaos, radical and unexpected, where life nevertheless emerges. As if they had been waiting for human interaction.

"Marcelle's work is an apparent ode to chaos, a call to disorder as something positive and emancipatory," says museum director Elvira Dyangani Ose, for whom we are facing "one of the most exciting exhibitions to be seen this season in Barcelona ”. In A família em desordem , which is the title of the installation that first came to light in 2018, Marcelle leaves the construction of the room in the hands of a group of guests, challenging the concept of creative authorship in favor of decision-making collective.

"When they ask me what the public is going to find in the exhibition, I think that what they will see is what they have already seen but from a different perspective," says Marcelle, for whom her creative process "is based on the conviction that that art is not above anything, nor is the artist above anyone”. Through his poetic work (video, performance, photography), he effectively tries to introduce small changes in the usual order of things, and for this he works with non-actors, to whom he introduces a change of script in their routines: jugglers who they entertain drivers while they are stopped at a red light and will gradually stop pulling over when the light turns green until they raise a wall of fire (Confronto ); musicians who advance along different dirt paths at the intersection of which they manage to harmonize their instruments (Crusader) or construction workers who, instead of assembling, dismantle the tiles of a roof from the inside to go outside, as if they were prisoners in a jail ( Naw ).

The exhibition, curated by Isobel Whitelegg, goes beyond the walls of the museum itself (until January 8), with an installation, No Ar/On Ai , which looks out onto the street and in which, both in person and remotely , visitors can participate in a double theater session. The proposal consists of staging collectively, and through songs that can be posted on the online platform aarea.co, the works Sortilégio (1951), by the Brazilian academic, poet, activist and playwright Abdias do Nascimento (1914-2011), founder of the Teatro Experimental do Negro, and Une tempête (1969), a critical adaptation of Shakespeare's The Tempest by Aimé Césaire (1913-2008), Franco-Martinique poet, writer and politician, co-founder of the blackness movement.