The Brazilian Football Confederation (CBF) denounced the act of racism committed this Tuesday at the Parc des Princes stadium in Paris, when a fan threw a banana at striker Richarlison during a national team match. 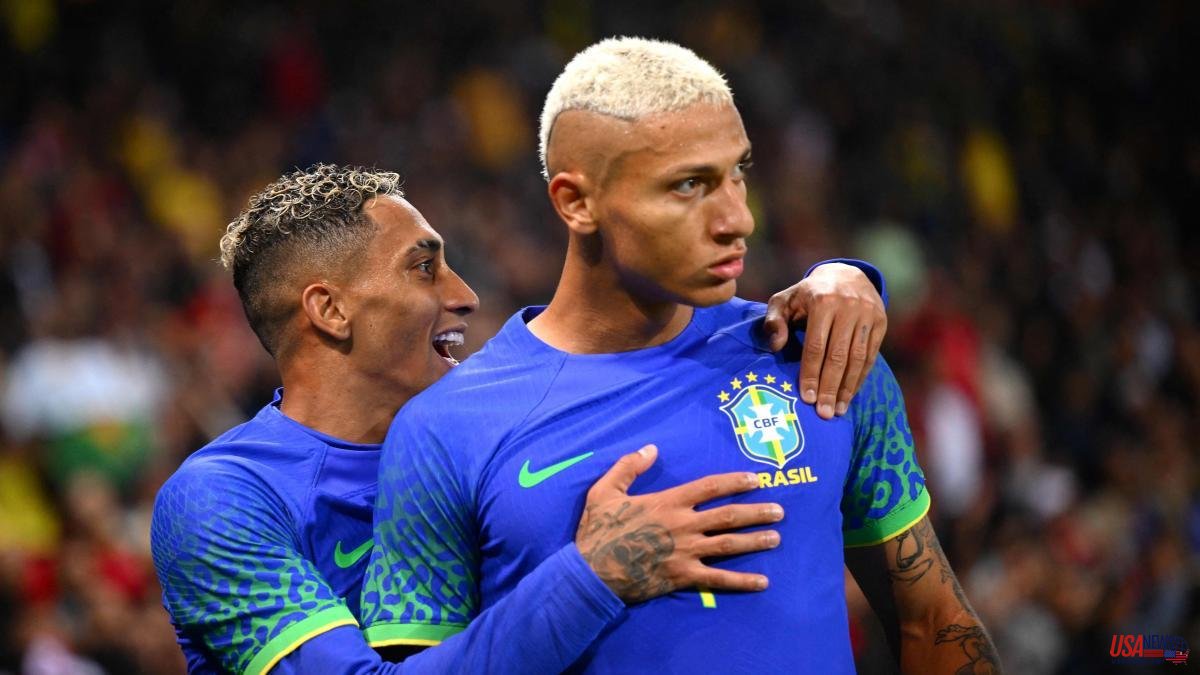 The Brazilian Football Confederation (CBF) denounced the act of racism committed this Tuesday at the Parc des Princes stadium in Paris, when a fan threw a banana at striker Richarlison during a national team match.

"The CBF reinforces its position against discrimination and vehemently repudiates another chapter of racism in football," the entity said on its Twitter profile after Brazil's 5-1 victory over Tunisia in the last friendly match in preparation for the World Cup in Qatar 2022.

The president of the CBF, Ednaldo Rodrigues, expressed his "repudiation" and recalled that all people are "equal, regardless of color, race or religion."

Before the start of the match, the Brazilian team took to the Parisian field carrying a banner with the message: "Without our black players, we would not have stars on our jersey", in tribute to the black players who shone in the five world titles from Brazil.

"The fight against racism is not a cause, but it is a fundamental change to sweep this type of crime from the planet. I insist on saying that the punishments need to be more severe," Rodrigues asked.

Several Brazilian players have been victims of acts of racism, the most recent case in Spain, with the racist insults hurled at striker Vinícius Júnior by a journalist and by rival fans before his team's league match, Real Madrid, against Atletico Madrid.

In sports, the Brazilian team, with overwhelming football and a powerful attack, thrashed Tunisia 5-1 in the last preparation match for the Qatar 2022 World Cup.

Brazil ratified its good moment and its status as favorite for the World Cup, this Tuesday with a great performance by Raphinha, who scored two goals and consolidates himself in the starting eleven.

Canarinha's goals were converted by Raphinha, who scored twice; Richarlison, Pedro and Neymar, from a penalty; while Montassar Talbi scored for the Tunisian national team.