Brad Pitt makes his debut as a sculptor in Finland

Until now it was known that Brad Pitt is a passionate art collector who is often seen at major international fairs. 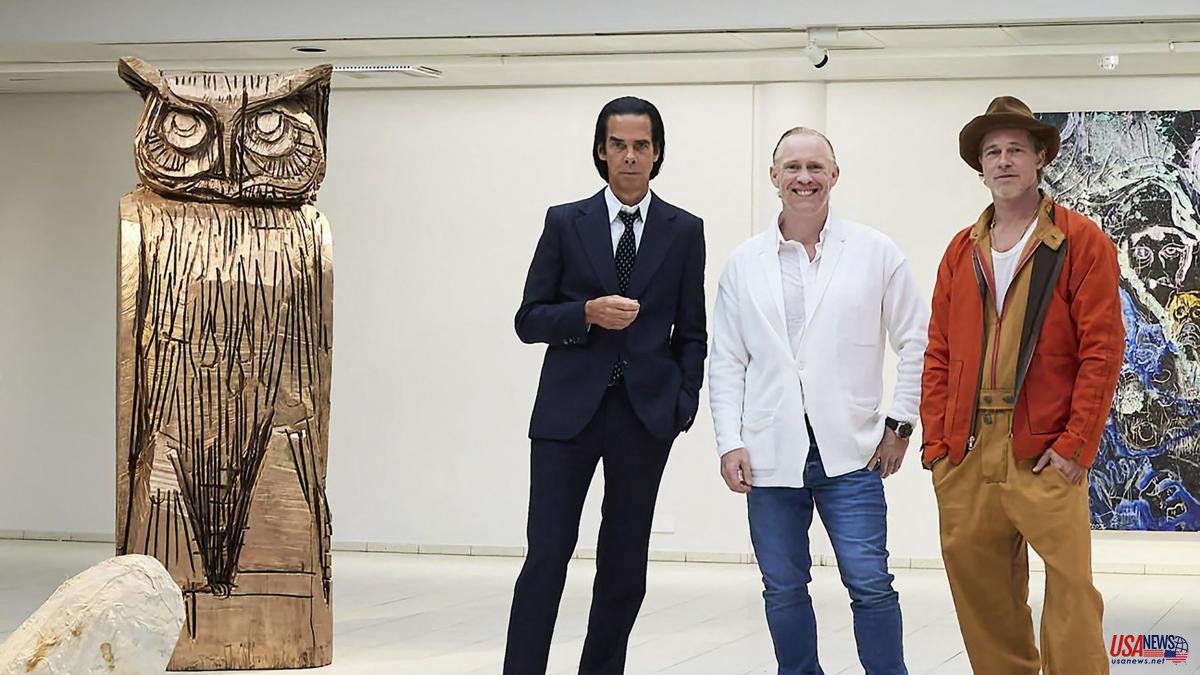 Until now it was known that Brad Pitt is a passionate art collector who is often seen at major international fairs. But it turns out that the Hollywood star is also an artist. It has just been unveiled in Finland, specifically at the Sara Hildén Art Museum in the city of Tampere, and it has done so in a joint exhibition, We, in which it shares the spotlight with the Australian musician Nick Cave and the British artist Thomas Houseago. .

“For me it's about self-reflection. It was born out of what I call a 'radical inventory of the self'. Being brutally honest with me and taking into account those I may have hurt and the times I was wrong, ”Pitt explained at the opening of the exhibition, according to The Art Newspaper. Among the works presented, Aiming at you I saw me but it was too late this time stands out, a plaster sculpture that hangs on a wall in which several figures represent the moment of a shooting. Likewise, another of the largest pieces that the actor has made is a bronze box the size of a coffin, in which hands, feet and faces protrude as a form of escape.

The Ocean's Eleven performer began working with ceramics after his turbulent divorce from actress Angelina Jolie in 2017. According to The Sun, the actor now has a sculpture studio in his Los Angeles home and invited Leonardo DiCaprio during the making. from Once Upon a Time in Hollywood to "bond over their shared love of pottery."

For his part, the musician Nick Cave also makes his artistic debut: he shows "glazed ceramic figurines that represent the life of the Devil in 17 seasons, from innocence through experience in the confrontation of our mortality," according to a statement from press. The Devil: A Life is Cave's first major body of visual work. It includes 17 individual pieces measuring between 15cm and 50cm in height, each handcrafted, painted and enamelled by Cave in England, between 2020 and 2022. Aesthetically, the series nods to the artist's interest in Victorian Staffordshire Flatback figurines, of which he is a collector.