Boyero: "I am irritated by almost all of Almodóvar's cinema and his opportunistic figure"

It has toured international film festivals for 38 years. 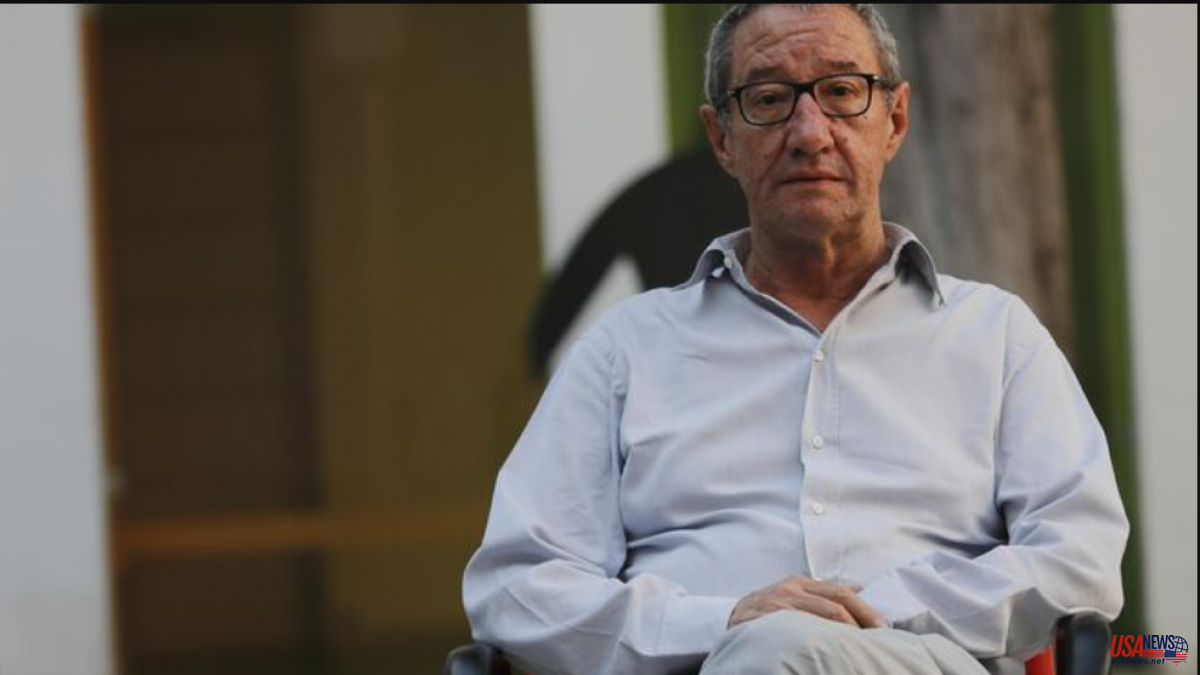 It has toured international film festivals for 38 years. She arouses love and hate with her sharp pen. Carlos Boyero, who has been the scourge of the Spanish film industry for a long time, has decided to quit: "I'm tired, exhausted," he explains. Boyero recounts the details of his decision in El Critico, a documentary directed by Juan Zabala and Javier Morales Pérez, which will premiere on TCM on October 21 at 10:00 a.m. and has already been seen at the San Sebastián Festival .

The critic reviews Boyero's personal and professional life from his childhood in Salamanca, goes through his stay in a boarding school for priests that left a mark on him, jumps to Madrid in the 1970s where he studied and shared a desk with Fernando Trueba, Antonio Resines and Óscar Ladoire to then delve into his time in media such as Guía del Ocio, Diario 16, El Mundo or El País and during his stay at the festivals in Berlin, Cannes, Venice and San Sebastián. Especially in San Sebastián, because a large part of the documentary was shot in Donostia in last year's edition of the festival.

Zabala had the idea of ​​addressing the figure of Boyero during the coronavirus pandemic, because "that year he cannot go to the festival and I followed him through the press and the networks and I saw that young people followed Carlos' work, some appreciated it, others were scandalized, but no one remained indifferent". So he contacted Boyero, whom he sees as "the last critic", and made him the proposal with two conditions: that he could not say anything about the content and that people would criticize him.

And so Zabala has contrasted the opinions of friends and colleagues of Boyero such as Oti Rodríguez Marchante, Borja Hermoso or Jesús Mantilla with that of a new generation of journalists specialized in cinema who work in a new way, heavily supported by social networks and for the that Boyero is already the past. But The critic is above all Boyero speaking without mincing words about controversial issues such as the tense relationship with Pedro Almodóvar or his conflicts with the directors of the media in which he has worked.

"I am irritated by much of Almodóvar's cinema and his opportunistic figure," says Boyero bluntly about the director from La Mancha. And he adds that "Almodóvar has always put less pressure on the media in which I have worked when I have liked his films, because I have liked some of them."

The critic also recalls that a group of people related to the cinema led by Víctor Erice and José Luis Guerín sent a letter to El País "asking them to cut off my head." "It was unfortunate, I don't know if they did it to get themselves or to settle personal accounts, but it was despicable, although they can continue ranting because I have survived."

But in his long professional life, Boyero's blows have not come from outside. Sometimes he has suffered from within: "All my life I have had problems with censorship. Sometimes, most of them, I have circumvented them and other times the censors were right because I do not hide from you that many times I have written while passing through and the texts were explosives, no filter". "The best column I've ever written didn't get published, it talked about my childhood and my time in internment with the priests," he adds.

Although he has withdrawn from festivals, Boyero will continue to write and shake his sharp pen. He will miss many things, above all, "those dinners after the endless movie sessions with friends, they were so fun, so joyful, but some of those friends died and others retired, only Oti Rodríguez Mancharte remains and I feel that I am leaving very alone", he concludes.