Borràs will lead the negotiation with officials on age licenses

The president of the Parliament, Laura Borràs, could take over the negotiation with the institution's workers on age licenses after the agreement that was going to be taken last week to the institutional affairs commission, the CAI, for final approval has declined, as revealed by parliamentary sources on Tuesday. 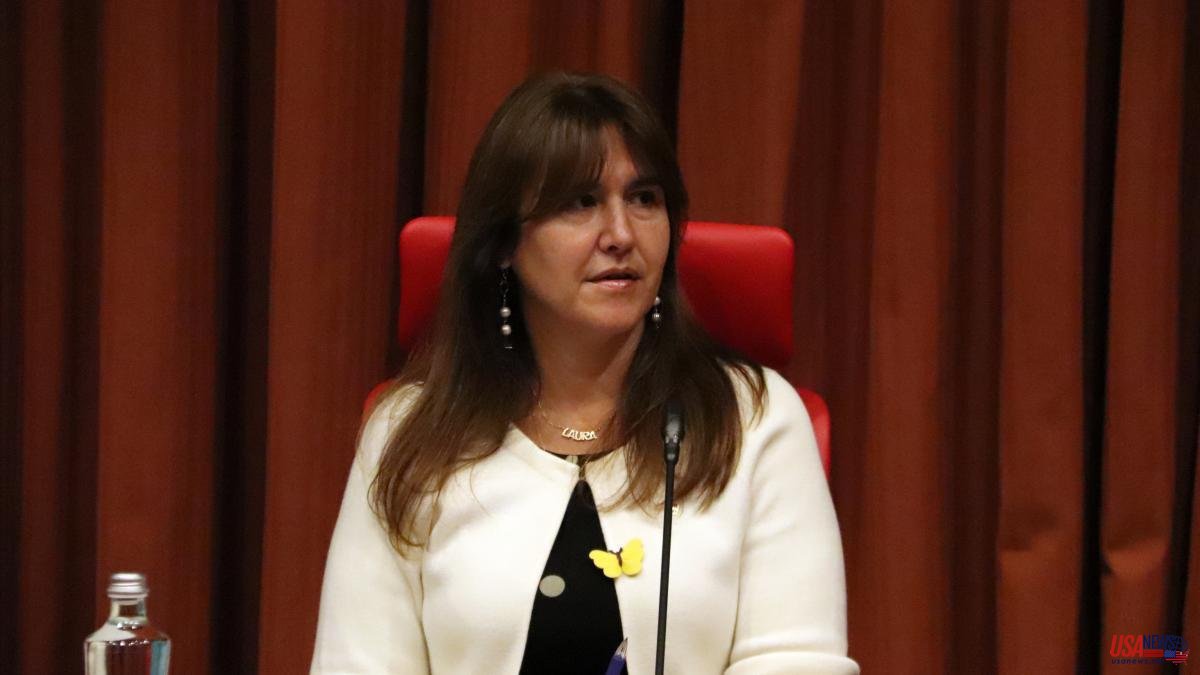 The president of the Parliament, Laura Borràs, could take over the negotiation with the institution's workers on age licenses after the agreement that was going to be taken last week to the institutional affairs commission, the CAI, for final approval has declined, as revealed by parliamentary sources on Tuesday.

The deadline to close the matter was June 17, but now another day has been marked on the calendar, July 11. "All the functions and powers assumed by the members of the Table are by delegation of the president of the Parliament", these sources have indicated, who understand that after the president of the Chamber paralyzed the matter – an extreme that is corroborated by other sources consulted – She had assumed the functions again. And this has been made clear at today's meeting of the governing body. No agreement has come out of the meeting, but various members of the Table understand that it is up to the president to take the bull by the horns.

However, from the presidency of the institution they clarify that although changing the negotiating team during the weekly meeting of the Table has been considered, no conclusion or agreement has been reached in this regard, and that nothing has been decided on it yet. Thus, they affirm that the delegation of functions from Borràs to the secretaries Ferran Pedret (PSC) and Aurora Madaula (Junts) is kept alive to address the issue. Be that as it may, this issue has caused a certain amount of confusion and confusion and it will have to be clarified in the coming days, since it is a thorny issue that nobody wants to deal with and in which the erosion of political rivals is not left out, according to consulted sources.

The only thing that seems clear is that the president of the Catalan Chamber will explain to the staff council, the workers' representation, why the agreement that had been approved last week at a meeting of the extended Board, in which all the groups to deal with economic and internal regime issues, is now a dead letter. On this point, there are no discrepancies. The workers had registered a request for information with the governing body of the institution. Later, it is possible that a new delegation will be named, that the same one will be maintained or that Borràs will take the lead. The stage is open.

The first negotiation, led by Pedret and Madaula, contemplated a system similar to the previous one that is now being questioned, that of age licenses, but between the holding of the enlarged Table meeting on Tuesday of last week and Thursday, when The CAI meeting had been called to give it the definitive approval, it was decided to back down. The argument put forward is that there were "different interpretations" about how it applied, if it affected all workers or only those who had already been granted or pre-granted the so-called age licenses, an early retirement at 60 years of age that allows 100% of the Salary if certain requirements are met.

With the agreement validated and later withdrawn to modify the statutes of the regime and internal government of the Parliament (ERGI), two figures were created for workers over 60 years of age, a voluntary leave of absence and an incentivized reduction in working hours. Pedret has pointed out at the meeting that it is convenient to renew the delegation after what happened.

On the other hand, in today's meeting of the Board, the institution's senior lawyer, Miquel Palomares, has participated assuming the functions of general secretary of the institution. The position remains vacant indefinitely pending a new proposal from the presidency after the resignation of the previous general secretary, Esther Andreu.