Borrowing is still very cheap: rates are well below inflation around the world

Money is getting more and more expensive, but getting into debt is still highly profitable in practically the whole world. 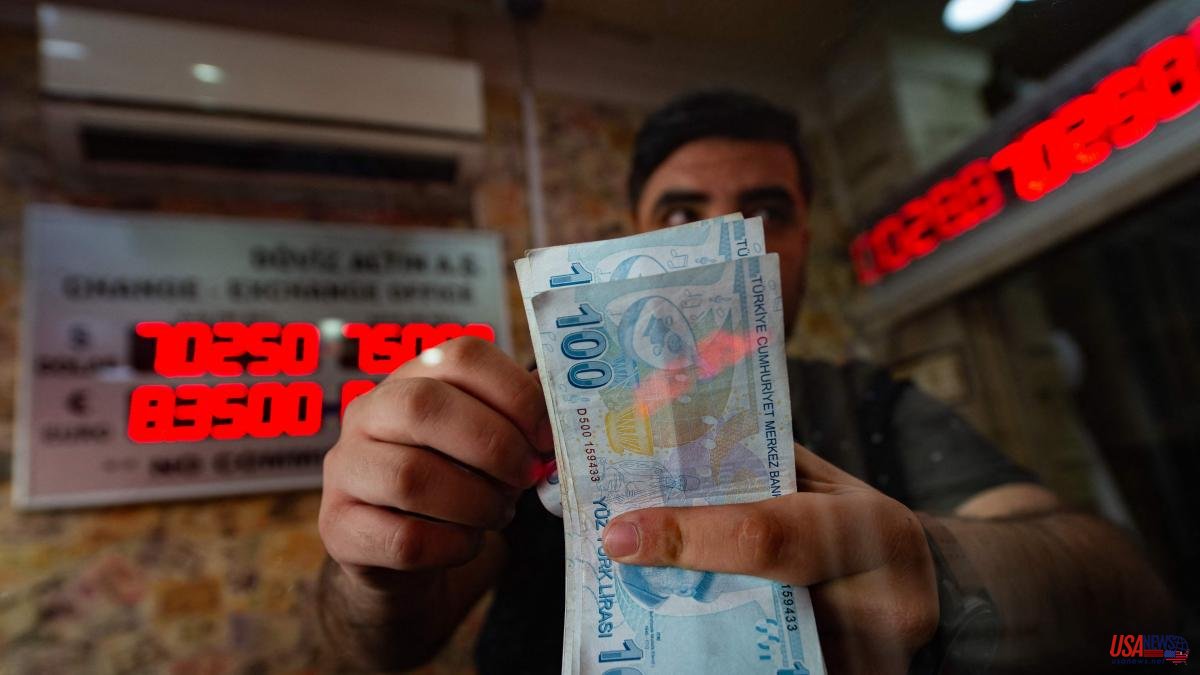 Money is getting more and more expensive, but getting into debt is still highly profitable in practically the whole world. That is what is deduced, at least, from a cold examination of the numbers. Without taking into account the differentials applied by banks or large investors on the interest rates set by central banks or, of course, without considering the risk profile of each one, borrowing continues to be very cheap, despite everything.

At the opposite extreme, savings -especially in sight checking accounts or bank deposits- is an absolute ruin: its return is negative. On the other hand, borrowing is more than free if the official price of money is related to the devaluation that, over time, causes the galloping inflation that dominates our days.

One of the most extreme examples, leaving autarchic or underdeveloped economies aside, is Turkey, the eternal theoretician aspiring to enter the European Union... There, with the central bank intervened by a political power that puts in and removes governors and marks the step to the institution, there has just been a new cut in interest rates, which are now at 10.5%. It would be a clearly restrictive level in any country in the world, but not in Turkey, where the year-on-year inflation rate is 83%. The slogan to which monetary policy pushes is that you have to go into debt as if there were no tomorrow.

In the eurozone, with the rate hike decided today by the ECB, the spread has narrowed just a bit. It is still huge and far from orthodoxy, something that is not entirely surprising if what has happened in recent years is remembered, with an ultra-expansive monetary policy since the times of the Great Recession that began in 2008. The current spread of around 8 points is , yes, well above the United States, where the Federal Reserve goes faster and farther than the ECB -in addition to the rise in the price of money, the draining of the Fed's balance sheet at a rate of 90,000 million monthly-, and Japan , of course. The country of the rising sun still maintains negative nominal rates at -0.1%. The reals are there at -3% compared to -6% in the United States and -8% in the eurozone.

"The fact that reference [real] interest rates are so negative tells us that it is surely more appropriate to talk about the normalization of monetary policy than about a restrictive monetary policy," says Enric Fernández, chief economist at CaixaBank Research. As much as the rise in rates hurts the most vulnerable families due to the increase in monthly mortgage payments or the companies that must request financing in the market, money is still very cheap, whichever way you look at it. "In the case of the eurozone, the ECB's deposit rate remains even below the 2% inflation target and it is reasonable to think that we have to exceed that level in the short term," adds Fernández.

From the point of view of orthodoxy, some countries have taken the lead over the rest. Among this group stands out Brazil, with the presidential elections at stake, and a central bank that has shown courage by placing rates at almost 14% despite the fact that inflation, lower than in other latitudes, barely exceeds 7%. Such a positive differential is clearly restrictive, in accordance with what, in theory, the economy demands at the moment.

Also China, where the figures are always under suspicion, presents a positive differential. In this case, around 1%, with rates at 3.7% and year-on-year inflation at 2.8%. In Argentina, a country historically prone to runaway inflation, what the current differential of -8% says is that the monetary policy is expansive. Although official rates are at 75%, prices are riding at a year-on-year rate of increase of 83%, according to official data.

All in all, and as regards the criteria by which monetary policy is set, the key issue is not the spread. "Central bankers are not just looking at this gap [in interest rates] with current inflation, but with the inflation expectations of both the market (inflation swaps) and internal and external experts (the survey carried out on economists," explains Roberto Scholtes, head of strategy at Singular Bank.