Borne asks the opposition to help "build majorities" for each law

The word "together" was repeated over and over again, yesterday, by the new French Prime Minister, Elisabeth Borne, in her debut at the National Assembly with a programmatic speech. 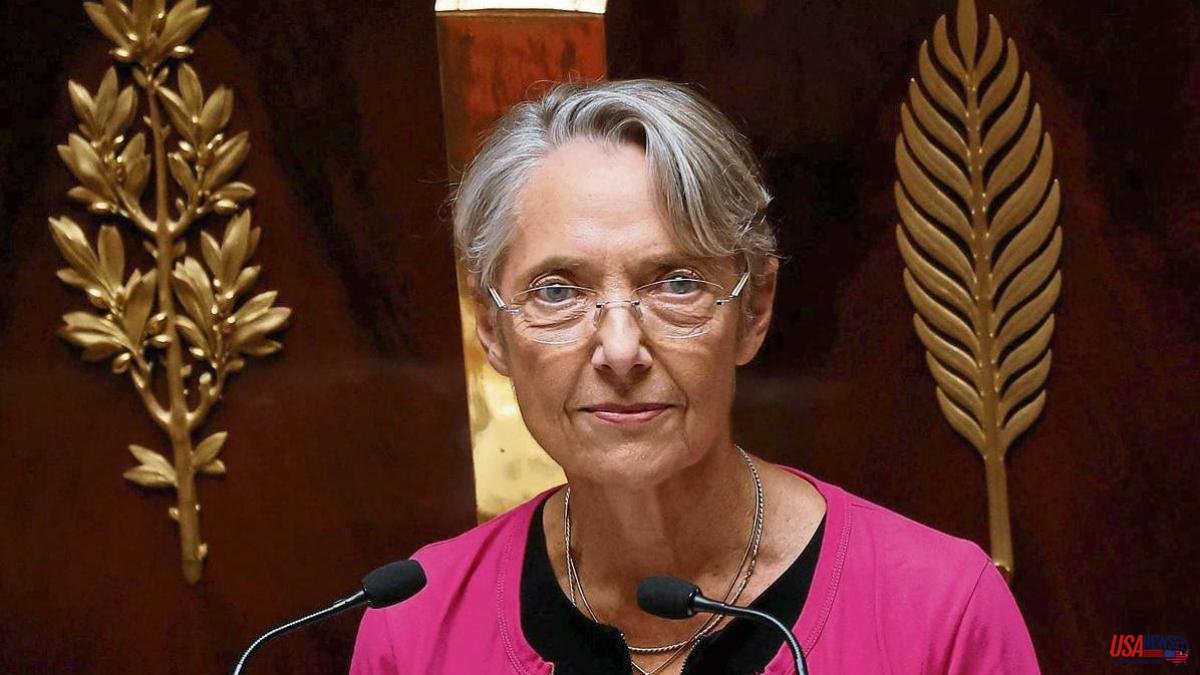 The word "together" was repeated over and over again, yesterday, by the new French Prime Minister, Elisabeth Borne, in her debut at the National Assembly with a programmatic speech. Borne asked all the moderate opposition to collaborate in "building project majorities"; that is, to negotiate and agree on each bill.

Borne reacted with smiles, imperturbable, to the periodic shouts that punctuated his words, an appetizer of what will be a very busy and angry legislature. The head of the Government warned, however, that "disorder and instability are not options" and that "the relative majority should not be synonymous with relative action or a sign of impotence." "We cannot disappoint," she insisted.

Borne's speech, lasting almost an hour and a half, did not include very specific measures, perhaps to leave room for compromises. In fact, he continually winked at almost all the presidents of the opposition parliamentary groups. He mentioned them by name, smiled with a certain malice and cited issues that had been discussed in contacts prior to the formation of the Cabinet and that could be agreed upon. In the case of Olivier Marlaix, leader of the Republicans (LR, right), Borne recalled that they share the desire for "balance in public finances" and that the goal is to lower the deficit to 3% in 2027.

The premier did not mention –and therefore left out of possible agreements– the leaders of La Francia Insumisa (LFI, radical left) and the National Regroupment (RN, extreme right). Neither Borne nor President Macron himself believes that it is worth seeking complicity with these forces, determined to fight the government relentlessly. In fact, LFI – along with its leftist partners – hastened to show its teeth to Borne and presented a motion of censure against the prime minister yesterday. It will be voted on this Friday, without any possibility of it going ahead.

Borne outlined his first legislative initiatives, among them, the package of measures to protect the most vulnerable incomes, such as pensioners, from inflation. A system will be maintained to curb the rise in energy prices and help those who use the vehicle for their work. In the longer term, in the energy field, to ensure French sovereignty, the Prime Minister emphasized the urgency of building new nuclear reactors and announced the total renationalization – 100% – of the giant Electricité de France (EDF), a company in which today the State already has more than 80% of the property.

One of the moments of greatest booing among the opposition benches was when Borne confirmed the intention to carry out the controversial pension reform. He justified it by "the French exception", the only country in its European environment that has not delayed the retirement age to guarantee the financial stability of the system.

In the turn of reply to Borne, he highlighted the quite constructive intervention of the conservative Marleix, in which he proposed to the prime minister "a demanding path in which she can find us". He put conditions on various matters, but often concluded her words with "yes, you can count on us." The 62 deputies of the Republicans can be the lifeline of the Government during the next five years.