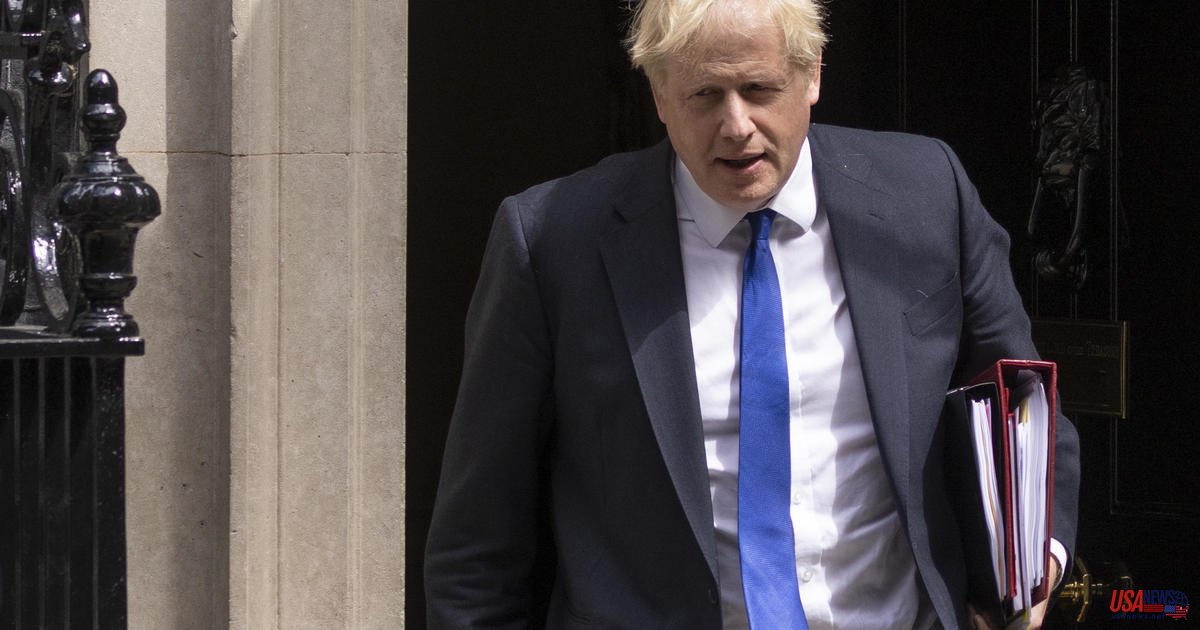 London -- U.K. Prime minister Boris Johnson struggled Wednesday for political survival after a series of high-profile resignations shaken the foundations his government. This has fueled doubts about his ability to keep his leadership position in his party and the country.

Johnson was the latest victim of a series of scandals. The latest one involved Chris Pincher, a former minister. Pincher, who was recently accused of groping two males, resigned as deputy chief whip. Johnson initially denied that he knew about any misconduct allegations against Pincher. Johnson's office altered the official account of what Pincher knew over the past week as new information emerged.

Sunak stated that the public expects government to be run properly, competently and with seriousness. He also wrote that he was resigning because he believes these standards are worth fighting for. As we prepare for the proposed joint speech on economy next week, I have realized that our approaches are fundamentally different."

Former health minister Sajid javid stated that the tone and values you set as leaders and what you stand for reflect on your colleagues and your party and ultimately the country. "I was loyal to you as a friend, but I believe we all serve the country first. If you are forced to choose between these loyalties, there is only one answer.

Johnson replaced the ministers quickly, but there were at least 18 other resignations according to BBC, which showed that the threat to Johnson's government was not over.

Johnson narrowly survived a no confidence vote by his party over the last few months. He was also fined by police because he violated COVID-19 restrictions during Britain’s pandemic lockdown. Johnson attended parties at his official residence.

For those who resigned recently, however, the Pincher scandal - and the questions it raised about Johnson’s leadership credibility - seemed to be the final straw.

According to media reports, Johnson's initial report that he knew nothing about Pincher's allegations was discredited by Johnson's office. The prime minister changed his mind and stated that he was aware of some allegations but not formal complaints.

A former senior civil servant claimed publicly that Johnson was briefed "in-person" about Pincher's previous formal complaint. Johnson was accused of lying. Johnson replied that he did not recall the specific briefing and regretted not taking action on it.

Johnson was repeatedly criticised and urged to resign by ministers of the opposition on Wednesday during a weekly meeting of parliament. Johnson responded that he believes the government should not leave when times are difficult.

Javid, the former minister of health, stated that "Treading the tightrope in loyalty and integrity has become difficult in recent months" and that he would never lose his integrity. Javid stated that he had given the prime minster the benefit of doubt the last time.

Javid stated that "the problem starts at the top" and that he believes this is unlikely to change.

The meeting was over when lawmakers were heard shouting "Bye Boris!"