Boris Johnson's ministers will soon ask him to resign, according to the BBC

The main ministers of the British Government will shortly ask the Prime Minister, Boris Johnson, to resign, considering it untenable that he continue as head of the Government after the barrage of resignations among his team, the BBC reports on Wednesday. 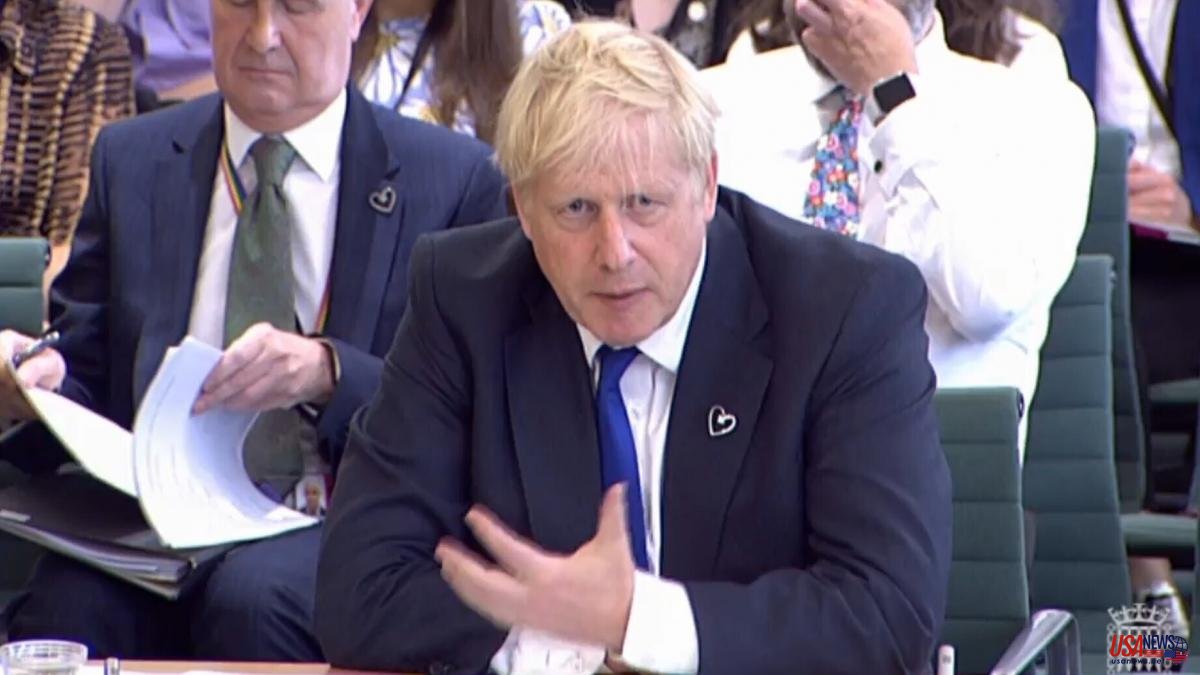 The main ministers of the British Government will shortly ask the Prime Minister, Boris Johnson, to resign, considering it untenable that he continue as head of the Government after the barrage of resignations among his team, the BBC reports on Wednesday.

The trickle of resignations from the Johnson Executive has remained incessant this Wednesday after the premier received the first blow on Tuesday in the form of resignations from two of his heavyweights: the ministers of Health and Economy. Despite this, the British prime minister remains undaunted. "I don't think anyone in this country wants to see politicians on an electoral campaign," he said in response to insistent questions from the opposition in the parliamentary committee.

The delegation that will speak with Johnson later includes the ministers for Northern Ireland, Brandon Lewis, and for Wales, Simon Hart, as well as Transport, Grant Shapps, who are among his closest allies, the public broadcaster specifies.

Johnson has learned of the intentions of his collaborators during an appearance this afternoon before the liaison committee of the House of Commons and, after a few moments of confusion, has continued to answer questions from deputies and has stood firm.

"I think we have to continue to serve our voters and deal with the issues that concern them," he added. Or, later, when asked directly about whether he will continue as prime minister tomorrow, he has been even clearer: "Of course!"

Another significant support that Johnson has lost is that of the British head of Territorial Cohesion, Michael Gove, one of his closest allies. Gove was clear and, according to local media, explicitly asked the Tory leader to resign. "Michael (Gove) essentially told him that it is time to leave, that (his time as prime minister) is over," revealed a British government source quoted by the Financial Times. The withdrawal of support from Gove, who remained close to Johnson in his 2019 leadership campaign, is seen as a sure sign that the prime minister no longer has the trust of those closest to him.

To all of them are added the vice president of the Conservative Party, Bim Afolami, and the parliamentary assistant in the Ministry of Transport, Laura Trott. "I don't think the prime minister no longer has not only my support, but also the party's support and the country's support. For this reason I think he should resign," Afolami said in a live television interview.

The first to resign and trigger the crisis was the head of Health, Sajid Javid, who published a devastating letter to Johnson on social media in which he accused him of setting an inappropriate tone and values ​​"that are reflected on Conservative MPs , the party as a whole and the image of the nation". "Things – he concluded – cannot continue like this, for the good of the country".

For his part, in a clearly coordinated action, he was taken over by the number two of the Government, the Chancellor of the Exchequer and head of Economy and Finance, Rishi Sunak, with an equally devastating message in which he directly accused the Prime Minister of incompetence . "An administration - he said - has to be directed with seriousness and firm principles, and this is not the case with the one we have".

Among Johnson's closest group of allies, former Cabinet Minister Liam Fox has also joined the voices calling for Johnson to step down. In a letter posted on his Twitter account, Fox points out in a message addressed to the Chief Executive that the events of recent days have "convinced" him that "unfortunately he cannot continue leading the Conservative Party and, even more importantly, our country".

"We've lost too many good people in government who couldn't reconcile their loyalty to you with their conscience. I share this sentiment," Fox explains.