Boris Johnson believed he was safe until at least the fall, having narrowly defeated a no-confidence motion from his parliamentary group. 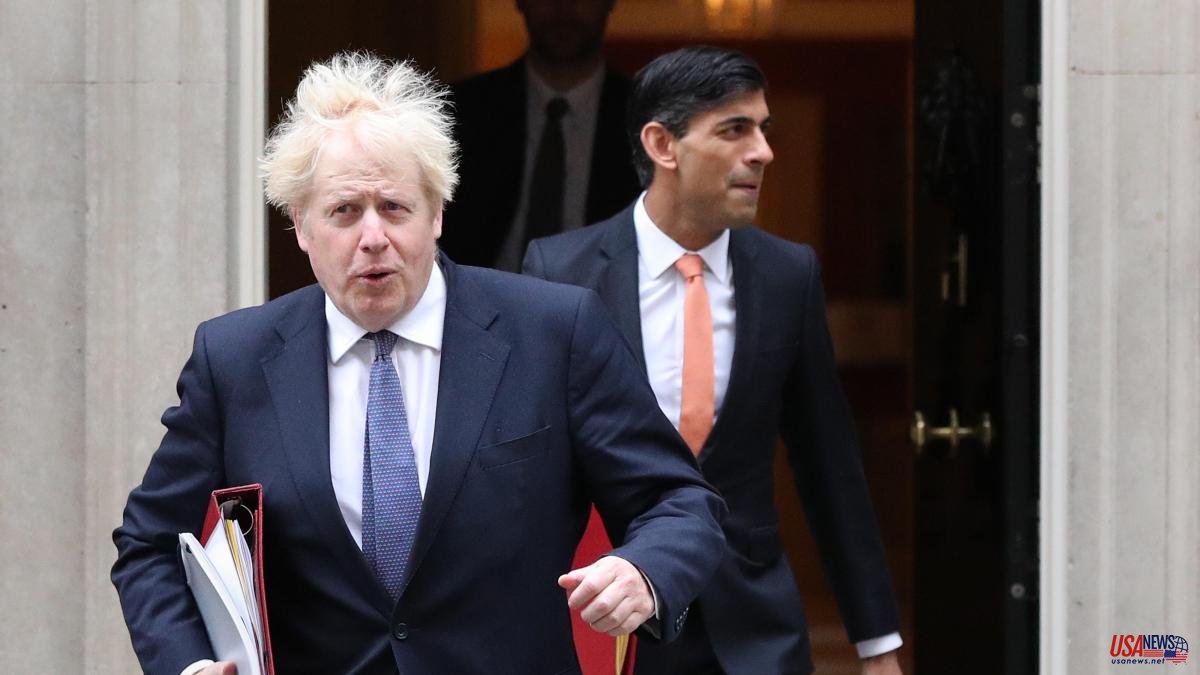 Boris Johnson believed he was safe until at least the fall, having narrowly defeated a no-confidence motion from his parliamentary group. But in politics there is no truce, and his fragile house of cards wobbles again after suffering three resignations in his government in a new dramatic day of intrigues, conspiracies, cabals, knives and suspense. If this Tuesday afternoon the resignation of two heavyweights such as the heads of Economy and Health, Rishi Sunak and Sajid Javid, was known, this Wednesday morning the Secretaries of State for Children, Will Quince, and Education, Robin Walker. They are joined by the vice president of the Conservative Party, Bim Afolami, and the parliamentary assistant in the Ministry of Transport, Laura Trott.

The mid-afternoon sun was reflecting off the newly refurbished Big Ben when the earthquake struck and shook the ground in Westminster, at least 8.5 on the Richter scale. First it was the head of Health, Sajid Javid, who published a devastating letter to Johnson on social networks in which he accused him of setting an inappropriate tone and values ​​"that are reflected on the Conservative MPs, the party as a whole and the image of the nation. “Things – he concluded – cannot continue like this, for the good of the country.

In a clearly coordinated action, when the seismic movement had not yet calmed down, nothing less than the number two of the Government took over, the chancellor of the Exchequer and head of Economy and Finance, Rishi Sunak, with an equally devastating message in the one who directly accused the prime minister of incompetence. “An administration – he said – has to be directed with seriousness and firm principles, and this is not the case with the one we have”.

Following the announcement of Javid and Sunak's departures, Conservative Party Vice President Bim Afolami announced his resignation during a live interview on Talk TV. "I don't think the prime minister no longer has not only my support, but also that of the party and the country. For this reason I think he should resign," Afolami said on television.

After the Tory parliamentary group did not dare to give Johnson the final blow a few weeks ago, the only scenario that could endanger his survival was a Cabinet rebellion, which is what led to the fall of Thatcher but did not seem likely for it is a government of lightweights chosen more for their loyalty than for their qualifications, and most of whom have no political future except under Boris's wing. But that is just what has happened.

After overcoming multiple scandals of all kinds, one that seemed minor has been the straw that broke the camel's back for many deputies and at least two ministers. Johnson publicly apologized on Tuesday for having given a political position to deputy Chris Pincher, despite having learned that he had sexually harassed two men – one of them by massaging his neck – in a private club. But the problem, the same as in the partygate, is that the Tory leader denied having been informed of the case and only progressively changed his discourse –and accepted responsibility– when he had no escape.

After the Sunak and Javid coup, Boris Johnson immediately began pulling strings to try to survive, securing – at least temporarily – the loyalty of the Foreign Office Secretary (Liz Truss), the Home Secretary (Priti Patel) and the head of Defense (Ben Wallace), as well as those responsible for Justice, Business, International Trade, Brexit Opportunities and affairs of Wales, Scotland and Northern Ireland. But other members of the Cabinet kept quiet as night fell, trying to read the direction of the wind before taking sides.

"The Conservative government is collapsing by force," said Labor Opposition Leader Keir Starmer. Johnson leads a corrupt administration that breaks the law and has repeatedly lied, and the ministers who have now resigned, as well as the rest of the Cabinet, are complicit in such conduct." The worst thing for the premier is that a good part of his parliamentary group agrees with that analysis, and Javid himself admitted in his resignation letter that "the Tories are not always popular, but we had a reputation for telling people the things as they are, acting according to the national interest and making difficult decisions, and it has not been like that for a long time ”. Sunak does not agree with the Keynesian policy of spending and borrowing in the midst of inflation, and in the end he has set himself apart.

There are three weeks to go until the summer parliamentary recess, and Johnson is going to nail himself to his office chair if necessary. But his position is more precarious than ever. As Hemingway said, one goes bankrupt little by little, and then suddenly.