Boris Johnson is saved again: without punishment for the scandal of the

If British politics were like board games –parcheesi, goose, pallet. 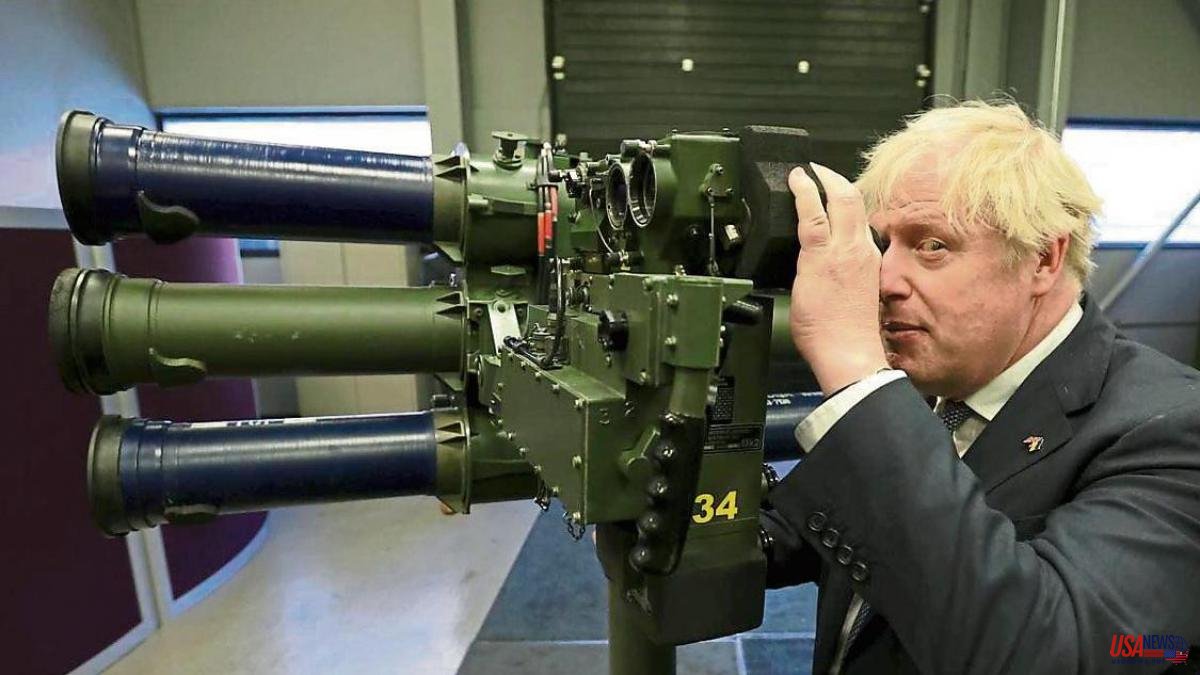 If British politics were like board games –parcheesi, goose, pallet...– prior to the digital age, Boris Johnson would have been saved from returning to the starting line, going to jail or having a rival ate his token. What's more, he seems to have gotten as far out of the partygate scandal as was humanly possible: his reputation damaged, his moral authority diminished, his honesty in question, and a modest sixty-euro fine that won't ruin his finances.

Johnson has played his cards with trademark skill, putting the Downing Street illegal party case in the hands of a police officer deferred to authority and fearful of what might happen to him, and has only found the prime minister guilty. to attend the celebration of his own birthday, innocent of his participation in six other "work events" in which he even served drinks or ordered an official to go to the corner store in the middle of the night with an empty suitcase to fill it with alcohol.

Scotland Yard has come under heavy criticism for the leniency with which it has treated Johnson, which contrasts with the harshness with which it has lashed out at lower-ranking subordinates who naively admitted their presence at meetings. Those who have refused to respond to the forms or have hired lawyers have been spared (as is the case of Simon Caso, the premier's private secretary, innocent of all charges). Those responsible for the investigation are receiving strong pressure to explain the criteria by which they have reached their conclusions.

The ultimate paradox is that while Johnson has once again – at least for now – saved his skin, Labor leader Keir Starmer may have to resign (he has promised he will) if he is fined by Durham police for having a beer and a curry at a meeting with a dozen local activists. And Labor may have to start looking for a new leader, surely more charismatic.

Johnson has more lives than a cat, and he has used up one more. But the storm is still threatening on the horizon. In the next few days the official Sue Gray will publish her report on the parties, in which she will be harshly criticized. Then there is the investigation of a parliamentary committee into whether he lied to the Commons, two partial elections that will measure the electoral thermometer, the dispute with Brussels and Washington over Ireland for its determination to unilaterally breach the Brexit agreements and, above all, the outrageous crisis of the increase in the cost of living.

On the latter, the Government seems paralyzed, not knowing what to do, while Economy Minister Rishi Sunak has entered the Sunday Times list of the richest men in the country, with a fortune of nine hundred million euros. He doesn't want to go back on tax increases or impose rates on the benefits of energy companies, he doesn't know how to combat putinflation and the drama of the poorest, while the pound falls and public debt increases. An explosive cocktail, like the one that opened the doors to Tony Blair in 1997 (the conservatives took 13 years to regain power).

But among the Tories there are those who think that it is in their interest to lose the 2024 elections given the state of the economy, and that Labor pays the bill for popular discontent. Worse would be, they think, a tight result and a centre-left coalition with the Scottish Liberals and nationalists, in exchange for a new independence referendum and the reform of the electoral system to make it proportional (which could keep them out of Downing Street for several generations). . According to the latest polls, the opposition is ahead in the three criteria that constitute the Holy Trinity of forecasts: economic competence, character of the prime minister and voting intention (eight points ahead).

To all this, if today is Tuesday, this is Belgium, and if today is Wednesday, there is a Tory MP accused of rape, or sexual harassment, or viewing pornography in the Commons. Johnson has saved a set point with the partygate, but there is still a long way to go.