Boris Izaguirre will premiere at the Teatro de la Zarzuela

Treat of favor, a new zarzuela set in a women's prison with a libretto by Boris Izaguirre and music by Lucas Vidal from Madrid -one of the most international Spanish composers, winner of an Emmy and two Goyas and who, at only 28 years old, composed the soundtrack by Fast. 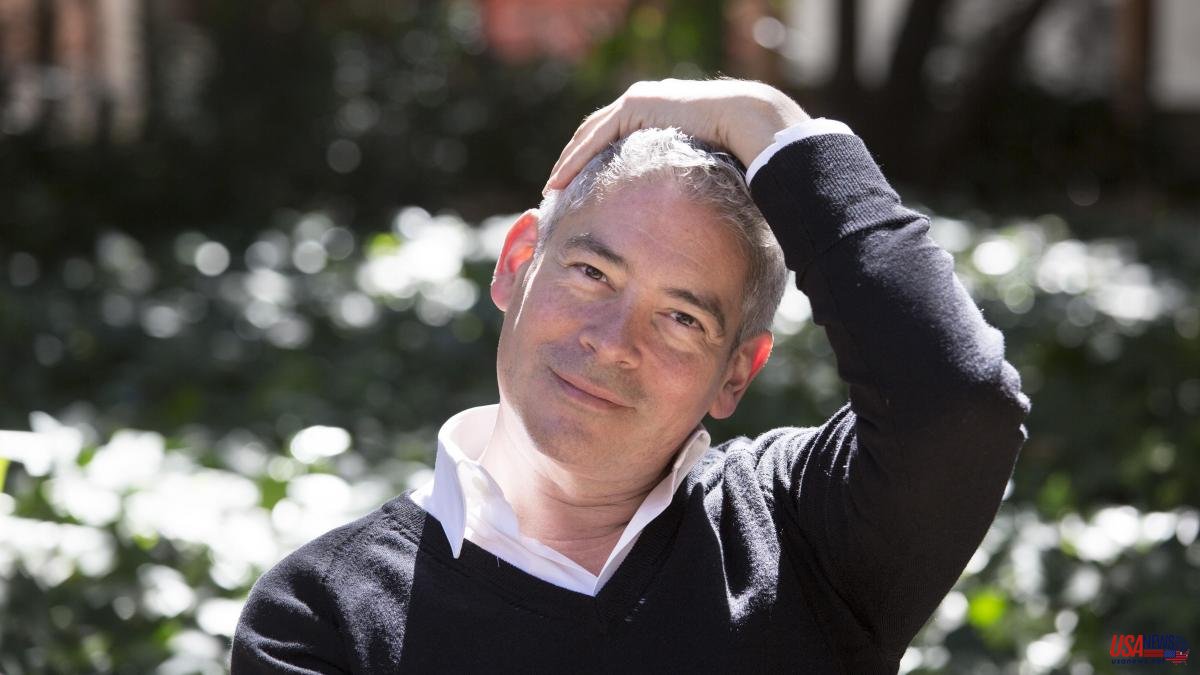 Treat of favor, a new zarzuela set in a women's prison with a libretto by Boris Izaguirre and music by Lucas Vidal from Madrid -one of the most international Spanish composers, winner of an Emmy and two Goyas and who, at only 28 years old, composed the soundtrack by Fast

The new zarzuela created by Boris Izaguirre and Lucas Vidal, which will have a stellar cast headed by Ainhoa ​​Arteta and Nancy Fabiola Herrera and in which Izaguirre himself will act in the role of 'The presenter', will premiere on April 29 and its action It takes place in a women's prison where the inmates are rehearsing La rosa del saffron because they are taking part in a zarzuela contest called for all the penitentiary centers in the country. Vidal has composed a score that seeks to bring the genre to new audiences: “I decided to give the traditional genre of zarzuela a twist and bring it closer to young people, for which I tried to give it a current and carefree look. In this task, Boris's contribution with his ingenuity and humor has been essential". Emilio Sagi will be the stage director and Andrés Salado the musical director.

But the Teatro de la Zarzuela will also finally premiere another new composition that could not be seen in the Madrid lyrical coliseum, first due to strikes and then due to the pandemic: Policemen and thieves, with music by Tomás Marco and a libretto by Ávaro del Amo, which deals with the topicality of political corruption with a tragicomic tone. Carme Portaceli will be in charge of the stage direction and José Ramón Encinar of the musical.

Juan Echanove will be the stage director of Pan y toros, which returns after a 21-year absence from the Zarzuela and which will be a tribute to its composer Francisco Asenjo Barbieri, whose birth is two centuries old. The work is set in Goya's Madrid at the end of the 18th century, between conspiracies and confrontations between the two Spains represented as liberals and reformists. There will be no less than 14 performances from October 6 to 23.

The theater that Daniel Bianco has directed for seven years and that has a budget of 8.4 million, including the orchestra, will also program another emblematic title of Spanish lyric poetry that has not been performed on this stage since 1937, despite which premiered there in 1895. La Dolores, by Tomás Bretón, whose death is 100 years old. The work shows the constant struggle of a strong woman in a hostile and very masculine environment that rejects her for lacking the honor that they themselves took from her. The stage direction will be by Amelia Ochandiano and the musical director will be Guillermo García Calvo, musical director of the Zarzuela. Saioa Hernández, Carmen Solís, Jorge de León, Andeka Gorrotxategi, José Antonio López and Ángel Ódena will pass through the two casts.

Continuing with the policy of recovering the Spanish lyrical heritage, the Teatro de la Zarzuela will recover in March a work from the 18th century that speaks of gender and violence signed by one of the most important composers of his time, José de Nebra. The rape of Lucrecia or Where there is violence, there is no blame. In 2012 it premiered in a concert version and now the stage version has arrived. The libretto is a version written by Rosa Montero of the original spoken words by Nicolás González Martínez and the stage direction will be by Rafael Villalobos. The cast is made up of María Hinojosa, Carol García, Marina Monzó, Anna Gomà and actress Emma Suárez.

Finally, starting June 21, the coliseum will recover the Luisa Fernanda de Moreno Torrroba with stage direction by Davide Livermore, who already triumphed last year. María José Montiel and Carmen Artaza will give life to the protagonist.

Also within the Zarza Project there will be a new zarzuela by and for young people: I will love you, with music by Francisco Alonso and libretto by Lola Blasco around the figure and legacy of master Alonso. The stage direction will be by José Luis Arellano and the musical by Lucía Marín. Among the didactic projects will be the musical puppet show El cielo de Sefarad and within the Master Classes Lluís Pasqual will help young artists to perfect their interpretation.

There will be dance with the National Ballet of Spain - from December 9 to 22 ten performances of El loco, a ballet inspired by the artistic and existential vicissitudes of bailaor Félix Fernández - and with the National Dance Company, which in July will offer two different programs with choreographies by Jerome Robbins, Joaquín de Luz or Balanchine and music by Bernstein, Barber, Tchaikovsky, Frank Sinatra or Philipp Glass.

René Pape, André Schuen or Ian Bostridge will be among others in the lied cycle. There will be concerts by Niño de Elche, Marta Sánchez, Ainhoa ​​Arteta and Ramón Vargas or Pasión Vega, and Ismael Jordi will honor Luis Mariano. And in the extensive program of the Ambigú theater Serena Sáenz will offer a Catalan song recital in October, Núria Rial will pay tribute to Victoria de los Ángeles and the Bretón Quartet will remember the maestro. The baritone Gerardo Bullón and the pianist Ramón Grau will remember the half century of Picasso's death in Don Pablo... with a brush?, set in a Vallauris hairdressing salon.

Lastly, together with the Juan March Foundation, and in its auditorium, Zarzuela will once again co-produce chamber musical theatre, in this case Rachmaninoff's The Miserly Knight.