You always end up writing what you want to read. 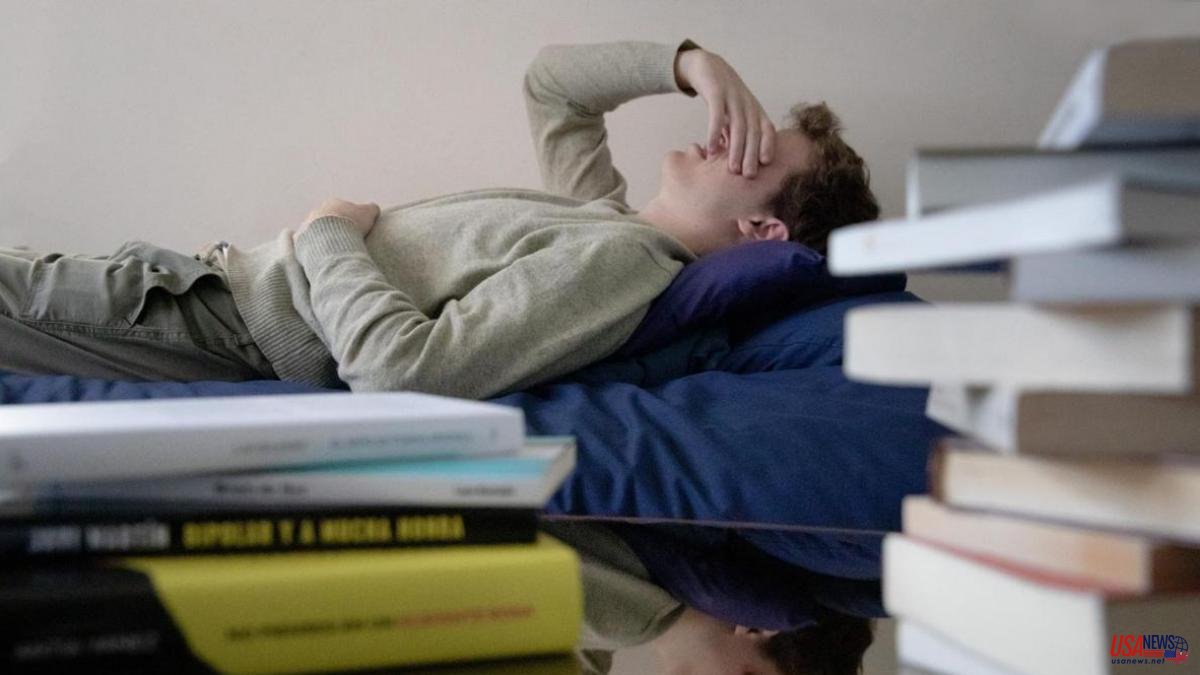 You always end up writing what you want to read. That is the philosophy of many authors, including Inés Martín Rodrigo (Madrid, 1983). The journalist had spent nearly 25 years looking for a novel that would help her understand the reasons that led her to suffer from anorexia in the late 90s. "I couldn't find it," she confesses to La Vanguardia. Over the years, she took up writing even though she, she admits, “didn't plan on dealing with this subject. It arose by itself. I felt the need to tell myself that story.” Thus was born Las formas del querer (Destiny), the novel with which he won the Nadal prize at the beginning of the year and which, in a certain way, predicted what was going to happen in the publishing sector: the explosion of mental health in the field literary and in the field of fiction.

“There are more and more titles that delve into the subject of mental health. Although there is no particular reason for this to happen, it is undeniable that the pandemic has had a lot to do with it. We come from a dark age in which we have remained locked in with our own ghosts and this has been reflected in writing", explains the editor of Tusquets Josep Maria Ventosa, who applauds that "there is more and more visibility and less fear of speaking on mental health and that's lucky, as well as a form of therapy not only for the writer. Also, for the one he reads ”.

In view of the increase in the offer and that the public is increasingly interested in this type of subject, Tusquets has rescued Bipolar, the groundbreaking work with which the American Kay R. Jamison (1946) debuted in the world of letters. “We could not not recover this jewel at a time like this. The author recounts the problems that she has had since adolescence as a manic-depressive patient and presents the book as a clinical case of herself”, Ventosa advances, adding that it is “a book of absolute validity”.

Returning to the issue of eating disorders, Laura Gost (Mallorca, 1993) publishes El mundo se vuelve sencillo, with Barrett, in Spanish, and Empúries, in Catalan. The author, who in 2018 collected the Goya for best animated short film as a screenwriter for Woody

Depression is another of the diseases that is becoming increasingly visible in fiction. Claudia Ulloa (Lima, 1979) is clear about it. The Peruvian publishes I killed a dog in Romania and insists that "he has always been present but it is now when we can name him and we know that it is a disease." The protagonist of it is a woman who teaches Spanish to immigrants while she is plunged into a deep depression. Worried about her condition, her friend Mihail asks her to accompany him on a trip to Romania because he fears the worst will happen in her absence. Ulloa is not the only author who brought depression to literature. Months before, Almudena Sánchez (Andratx, 1985) did the same in Fármaco, a story in which the author details how sadness settled in her body to blow up all her certainties.

The Bilbao writer and playwright Aixa de la Cruz (Bilbao, 1988) brings to the table the debate of heredity and genes in Las herederas. "It seems that a suicide in the family confirms what is always suspected, that madness runs in the genes, that we are biblically lost," reads her book. Under this premise, De la Cruz presents four protagonists who find out about the death of her grandmother, who has opened her veins in the bathtub. All of them inherit the house of the town but that is not the inheritance they fear, but the supposed curse that runs through their genes.

The misunderstood is also a story that revolves around the family and how it can be cut short by a tragic event. The author plays with silences, absences and what is not said or done, in addition to the havoc that this causes. He emphasizes the most imperfect and broken characters and confesses that the only one of them diagnosed with a serious mental illness is "the sanest of all".

At the end of summer, the publishers Sexto Piso and Periscopi brought what is considered one of the books of the year in the United States, The Boys from Hidden Valley Road, a portentous chronicle by Robert Kolker, so addictive that it reads like a novel and that portrays the struggle of an American family, the Galvins, against schizophrenia, as six of their twelve children suffer from the disease. A disease that, without being named as such, is also reflected in Brigitta, one of the protagonists of the latest work by the Brazilian Martha Batalha (Recife, 1973), to whom "voices speak and predict future events" , as specified by the author herself.

Obsessive-compulsive disorder has also reached literature this year thanks to Antía Yáñez (Burela, 1991) with Do not think of a pink elephant. With a great sense of humor, the Galician takes Aurora to fiction, a young woman who apparently has the life of a happy urbanite if it weren't for the fact that "in her existence nothing goes as she should." The author knows this disorder first-hand and, although "there are several differences between me and my protagonist", she was inspired by her own experience to create this story. “I was diagnosed with OCD in 2012 and at that time there was almost no talk of mental health and the little that appeared labeled anyone as a psychopath. I didn't feel represented. So I decided to write a story from my perspective,” she admits.

The theme of mental health has also reached the graphic novel, where Bruna Brown (Fanbooks) by the illustrator Marta Bellvehí stands out, who talks about the fear of failure and panic attacks; and Everything will be fine (sometimes) (Lunwerg), in which the author himself, René Merino (Madrid, 1980), decides to share his personal story of dealing with anxiety.

Beyond fiction, the appearance of new titles of real testimonies published this 2022 should be taken into account, such as I had so much to give you in which Mai Meneses (Madrid, 1978), the singer of Nena Daconte, is honest about what it supposed his success; Bipolar and to great honor, a story by Javier Martín about what it means to lose yourself and have to rebuild yourself from scratch; or The danger of being sane in which, based on her personal experience, Rosa Montero (Madrid, 1951) offers an exciting study on the links between creativity and mental instability. And Eloy Fernández (Barcelona, ​​1974) publishes the essay Los brotos negros (Anagrama), eloquently subtitled In the peaks of anxiety.

The publishers do not believe that this boom is something isolated, but that "it is going to increase," according to Ventosa, who points out that "the target for these readings is no longer just adults. More and more adolescents are encouraged by this type of novels.

This is not something trivial. Salut pointed out last week that suicide attempts among Catalan adolescents have almost tripled. The UNICEF figures are no better, indicating that one in seven adolescents between the ages of 10 and 19 have a diagnosed mental health problem. For this reason, he concludes, "it is important that the catalog be expanded and that young people can find books with which to better understand both themselves and their environment."