Bonus of 10 million, tiny clause and private box: Messi's demands to renew in 2020

Leo Messi's intention was to retire at Barça and the will of the Blaugrana club was for the '10' to hang up his boots at the Camp Nou. 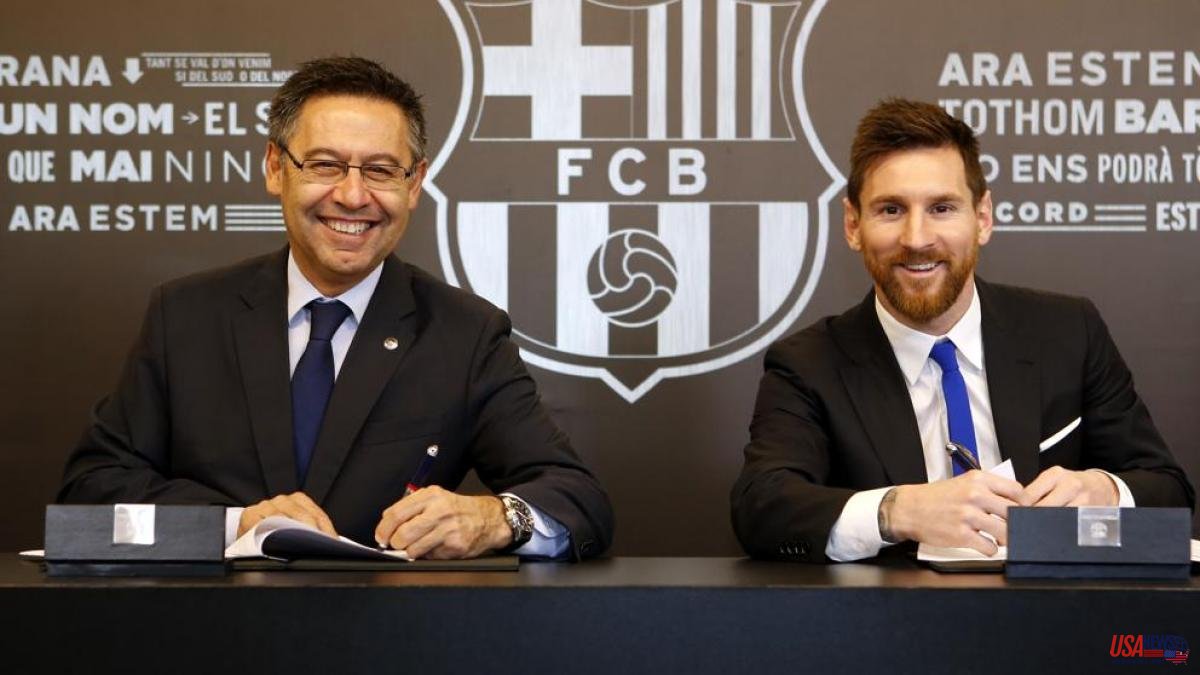 Leo Messi's intention was to retire at Barça and the will of the Blaugrana club was for the '10' to hang up his boots at the Camp Nou. However, in August 2021 the then captain culé said goodbye to his team for 17 years in tears. His contract had expired and there was no agreement for a renewal. Economic problems, it was argued, from the board of Joan Laporta, although a year before the renewal had already run aground with Josep Maria Bartomeu in command and now El Mundo has revealed the claims of the Rosario star in that failed negotiation.

Among the direct economic demands that Messi, through his negotiating team, would have claimed a bonus of 10 million euros of fidelity just for signing the renewal. I pay that Barça did not see anything clear given the delicate economic situation of the club due to the covid pandemic.

On the contrary, the '10' Blaugrana came to accept a reduction of 30% of his salary to compensate for the loss of income due to the covid. Of course, recovering the entire amount forgiven the following two seasons, until 2023, and with 3% interest, always according to the information revealed by El Mundo.

The idea of ​​​​Messi, his father Jorge and his negotiating team was to extend his contract, which expired in 2021, until 2023, with the ability to unilaterally extend it by Leo. That yes, according to the aforementioned newspaper, the then captain of Barça wanted to keep an ace up his sleeve to be able to leave the club whenever he wanted. To do this, he would have asked to reduce his termination clause – then 700 million euros – for a symbolic amount of only 10,000 euros. Proposal that Barça flatly rejected.

It should be remembered that that same summer, and after the negotiation did not bear fruit, Messi himself asked to leave the club for free with the famous burofax, although he ended up wearing one more season as a Barça player after Bartomeu's board enforced the existing contract until 2021.

Along with these demands, of a more economic nature, El Mundo reveals other requests from Messi to extend his contract. One of them was a private box for his family and that of his then partner and good friend Luis Suárez at the Camp Nou.

In addition, Messi's negotiating team also demanded that Barça provide a private plane for the Rosario star and his family to travel to Argentina for Christmas. Finally, Leo also demanded that the club extend his relationship with Pepe Costa, a Barça employee who is very close to him and who has moved to Paris hand in hand with him after his arrival at PSG.