The frigid temperatures and adverse weather conditions in the United States have already claimed at least 38 victims in nine states, in addition to leaving tens of thousands of Americans without power. 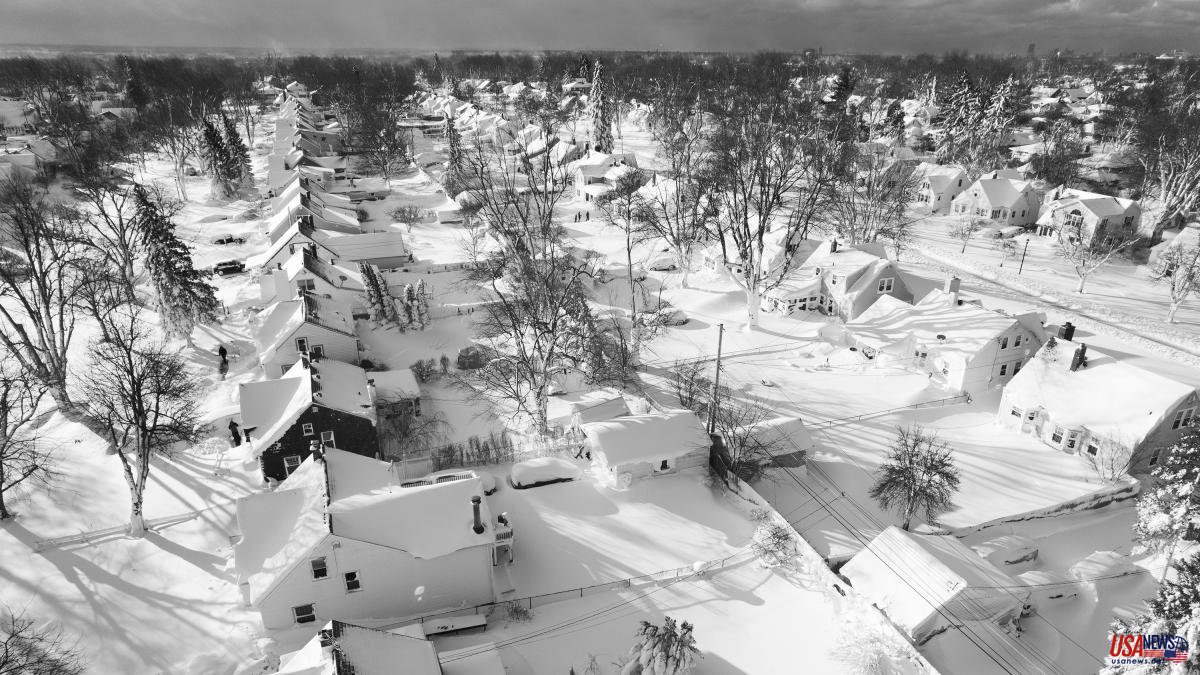 The frigid temperatures and adverse weather conditions in the United States have already claimed at least 38 victims in nine states, in addition to leaving tens of thousands of Americans without power. The consequences of the bomb cyclone are devastating as the hours go by, especially in Erie County, New York, which includes the city of Buffalo, where 13 people have claimed their lives and snow accumulations reached up to three meters in depth. height in some places.

Some victims were found in their cars and others on the street in the middle of the snow. Since Wednesday night, the United States has been battered by this storm, whose almost unprecedented polar winds have brought heavy snowfall, especially in the Great Lakes region.

“This is not the Christmas we wanted,” said Erie County Supervisor Mark Poloncarz, who fears more deaths will soon be counted in his county. “There are people trapped in their cars for more than two days and others in houses with temperatures below zero,” he warned.

A travel ban was imposed in this region on Friday, but hundreds of people were still stranded in their vehicles. “This is a major crisis,” acknowledged New York State Gov. Kathy Hochul, a native of Buffalo, who deployed the National Guard.

"We have recorded every major winter storm in the last 60 years," Hochul said. "But this is the worst," he stated. Power will not be fully restored in Buffalo until Monday, Poloncarz warned, asking residents not to leave their homes as roads remain impassable.

According to the latest weather report, between 30 and 60 cm of snow was still expected to fall during this past night. "The winds are so strong" that the snow forms like "sand dunes." This is "crazy," Ali Lawson, 34, who has lived in Buffalo for eight years, described to AFP.

More than 48,000 homes were still without power as of Sunday on the East Coast, where severe weather initially left about 150,000 homes without power, according to data from Poweroutage.us.

Temperatures are expected to return to their normal standards in the middle of this week, according to data from the State Meteorological Agency.

More than 3,000 flights were canceled on Sunday, adding to some 3,500 more canceled on Saturday and another 6,000 on Friday, according to the latest data provided by the air tracking website Flightaware.com.

In most American cities, such as Denver or Chicago, shelters have been opened to accommodate homeless people to allow them to warm up and protect them from the risk of hypothermia. In El Paso, Texas, desperate migrants from Mexico huddled for warmth in churches, schools and a civic center, among other places, though some chose to stay outside in freezing temperatures for fear of drawing the attention of immigration authorities. added.

The storm also affected Canada, where a bus crash on an icy road killed at least four people and injured dozens more in British Columbia, according to authorities.

More than 150,000 people are also without power, particularly in Ontario and Quebec.

All trains from Toronto to Ottawa and Montreal were suspended on Christmas Day after a train derailment, according to the Canadian Rail Service.